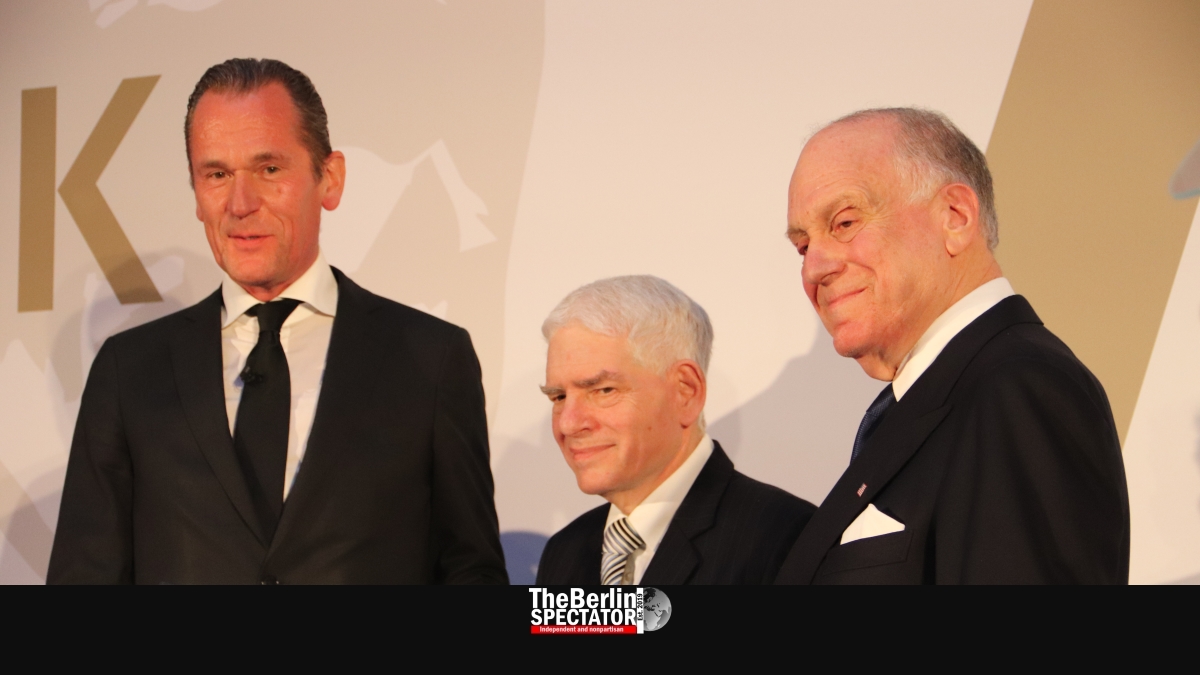 In the field of German media, those who take a no-nonsense approach towards Israel seem to be a minority. Mathias Döpfner, the CEO of Axel Springer SE, is one of them. In 2014, he called himself a “non-Jewish Zionist”. Like the late Axel Springer himself, Döpfner is an advocate of facts in this regard, and a man who will get the message across.

He published countless comments many of which included the inconvenient truth about what is going on around the predominantly Jewish state and in the entire Middle East. As the editor-in-chief for the ‘Welt’ daily he wrote even more of those comments than he does now, since he has become the boss of the rather large Springer media empire.

Under Döpfner, the ‘Welt’ brand was modernized, including the paper’s layout. Also it got its own TV channel of the same name, which features regular news and well-made documentaries. A lot happened at other publications they have, including the ‘Bild’ tabloid.

The German-language ‘Jüdische Allgemeine’ weekly describes Mathias Döpfner as a very intellectual individual who had made his mistakes as a young editor-in-chief at several publications. “But he made them only once”, the publication writes.

It is the Central Council of Jews in Germany which is giving out the Leo Baeck Prize, named after the late Rabbi Leo Baeck who helped countless fellow Jews during the Holocaust. Baeck survived the Theresienstadt death camp and emigrated to London in 1945.

Chancellors, including Angela Merkel and the late Helmut Kohl have received the prize. The same applies to far more progressive politicians, such as former Foreign Minister Joschka Fischer and Volker Beck, a pro-Israeli former MP. Both of them are members of the Greens.

Friede Springer, Axel Springer’s widow, received the Leo Baeck Prize in the year 2000, also because of her commitment to the Jews and their only, tiny state. She was in the audience during the Central Council’s Leo Baeck Prize event today.

During his speech, Schuster harshly criticized the Israel bias of many media in Germany. Reports which made Israel responsible for violence in the Middle East would solidify hatred towards Jews. “When media, not just in Arabic countries, but also over here, say the Jews were the source of all evil (…), we should not be surprised about burning Israel flags at protests”, Schuster said.

“The way a country treats its religious and other minorities determines its democratic maturity”, Schuster told the guests. He was obviously alarmed by recent incidents and numbers which prove a sharp rise in antisemitic crimes. At the same time he expressed satisfaction with certain developments, including a motion against the so-called BDS movement which the Berlin Bundestag will look into on Friday.

Today’s award recipient, Mathias Döpfner, was belauded by none other than Ronald Lauder, the President of the World Jewish Congress (WJC) and founder of his own Ronald S. Lauder Foundation. He said he had flown in from the annual WJC conference in Ottawa, just to hold the speech for his friend Döpfner.

Lauder, who even spoke in good German for a few minutes, said when Mathias Döpfner had taken over the highest position at Axel Springer SE, he had not been convinced he was the right person to continue Axel Springer’s legacy in fighting communism and standing up for Israel.

His opinion changed after a conversation with Döpfner, which had been scheduled for an hour, but took three. “It was one of the most fascinating three hours ever spent with anyone”, Lauder said.

Like Schuster, Ronald Lauder talked about a “terrible anti-Israel bias” in the media. “Thank God there are companies like Axel Springer and people like Mathias Döpfner”, Lauder said.

Döpfner himself thanked Lauder and the Central Council of Jews in Germany for the prize. On the other hand, standing up for Israel was self-evident, he said, and did not really require any award.

After listing recent antisemitic incidents in Berlin, Döpfner demanded a stricter approach against antisemitic crimes on the part of the authorities. The laws did not need to be changed, Döpfner told the guests, but existing laws had to be used in a far more persistent way.