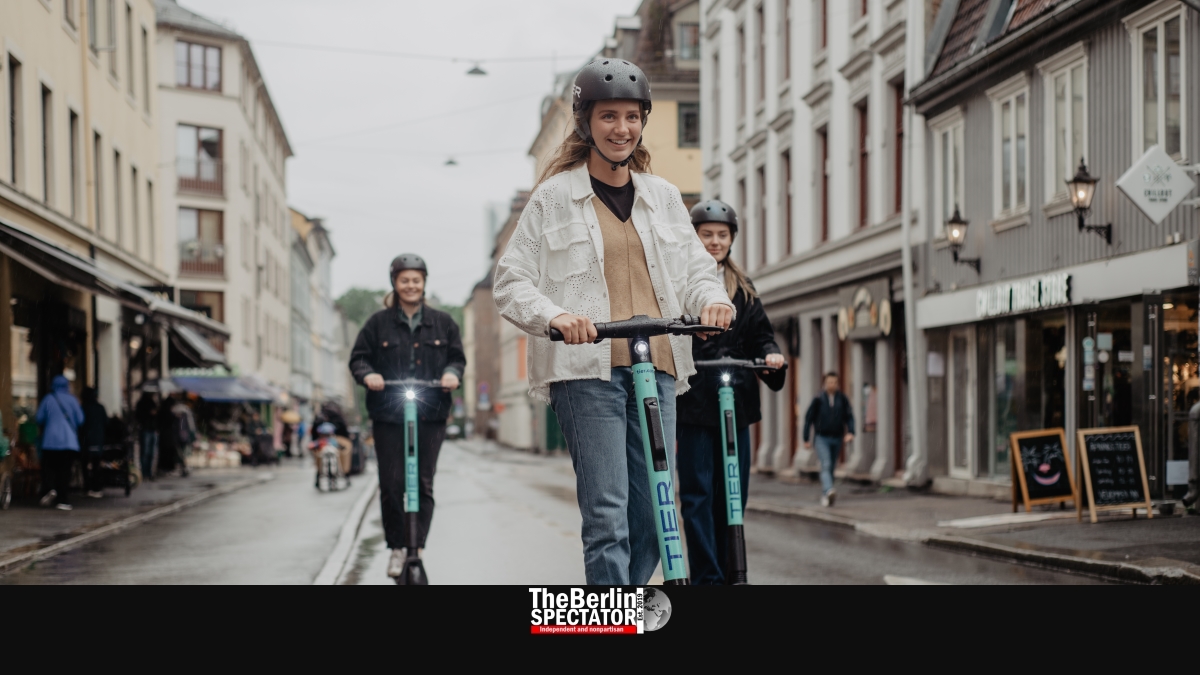 The future has finally arrived. No, we do not have to squeeze into metal boxes with four wheels anymore. Neither do we need any form of public transport. Rental e-scooters are popping up like mushrooms. In large cities such as Berlin, those scooters can be located, rented and ridden right now.

Horses do not have A/Cs. Neither do e-scooters. Both need a little bit of love in order to function. And both are known to throw their riders on the ground at times. But while horses can be moody, e-scooters just dislike potholes and recklessness.

Freedom is something most of us cherish, especially when it comes on two wheels. Peter Fonda and Dennis Hopper had their choppers. What we have today is far better. Scooters let us breathe real air while riding. They let us see things we would not notice on the bus. Traffic jams will hardly stop us, when we ride e-scooters.

Germany always needs time before it introduces novelties because of all those regulations and the bureaucracy the country is known for. Now that the Germans have approved e-scooters as a means of transport, those little vehicles appear everywhere.

For about 450 to 1500 Euro (511 to 1703 Dollars or 403 to 1344 Pounds Sterling), they can be purchased. Several rental companies have appeared as well. They place hundreds of e-scooters all over big cities. Whoever wants to ride them needs to download an app before locating, renting and taking them for a spin.

One of these companies is Tier, a Berlin-based startup which recently raised 25 million Euro (28.4 million Dollars or 22.39 million Pounds) in order to purchase truckloads of e-scooters. While Germany was busy approving those vehicles, Tier placed its scooters all over Vienna. That experiment turned out to be a big success.

Now Tier’s e-scooters can be rented in Malaga, Lisbon, Madrid, Helsinki, Tampere, Stockholm and lots of cities in between. Those include Frankfurt, Dusseldorf, Hamburg, Cologne, Bonn, Munich and Berlin.

Generally, no matter which rental company is being chosen, renting e-scooters is not exactly cheap. Riding one for 20 minutes is already more than a bus or subway ticket. Renting a scooter for an entire day will strain many people’s budgets, but there are differences from company to company.

The e-scooter rentals somehow need to cover their investment and running costs. Many of them are now hiring ‘scooter juicers’ who pick up scooters, charge them and put them back on the streets. Those juicers need to be paid.

Where people ride vehicles there need to be rules. In Germany, e-scooters must be limited to a speed of up to 20 km/h (12 mph). For riders, helmets are not mandatory, but recommended. Rental companies like Tier know about the dangers. Even the scooter riders on their press photos wear helmets.

There are more rules: E-scooters in Germany may be ridden by individuals who are 14 or older. They need to move on bike lanes. If there are none, it is the street. Police in Berlin and elsewhere are already busy writing tickets for those who believe they have an invitation to ride on the sidewalk and crash into pedestrians.

Accidents have already happened. The work load for emergency surgeons seems to be increasing. In the United States of America a study revealed that every second accident involving e-scooters leads to head injuries.

The German accident expert Siegfried Brockmann recently told the RBB, the Berlin and Brandenburg division of the ARD radio and TV network, that scooter accidents at 20 km/h (12 mph) can indeed lead to life-threatening injuries.

Only days later, on Monday of this week, he was proven right, when a man in the town of Paderborn needed to stop all of a sudden in order to avoid a crash with a turning car. He fell and sustained life-threatening head injuries. Yesterday, another man on an e-scooter collided with a car in Berlin’s Kreuzberg borough. This individual was more lucky and only slightly injured.

Up to now, only a fraction of e-scooter riders seem to be wearing helmets. This needs to change fast, according to experts and emergency surgeons. One of them discussed the issue on ‘Deutschlandradio’ the other day, saying people should be very careful and wear helmets. Limbs can be repaired, whatever happens. Heads are complicated.

Two e-scooters owned by Tier were waiting to be rented on Berlin’s ‘Karl-Marx-Straße’ on Tuesday. They looked a lot larger and far more stable than children’s scooters. But the question whether they will carry the 105 kilos (231 pounds) the author of these lines puts on the scale, without falling apart, remained unanswered.