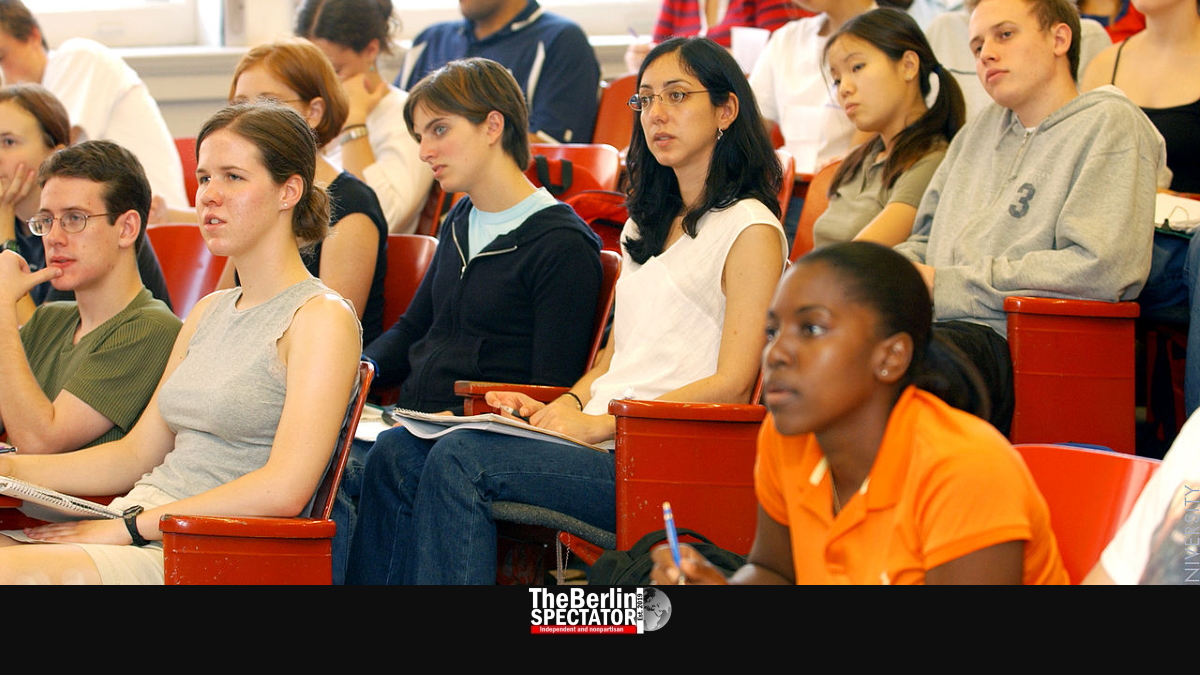 Berlin’s eleven state universities, 28 private and two confessional ones welcomed a total of 195,000 students today, for the winter semester. The biggest challenge many freshmen are facing is finding a place to stay.

These students will be visiting their lectures at state and private universities. The Governing Mayor of Berlin, Michael Müller, who is also the city state’s Senator of Science and Research, wished all students a successful semester. “I especially want to welcome those who are new to Berlin”, Müller said.

“In the past three decades, Berlin has developed into the largest science location in Germany. It is now among the most popular cities for students in the entire world.” Müller stated the fact that one third of all freshmen were from abroad proved the high quality of Berlin’s universities and the appeal of the city.

Governing Mayor Müller promised Berlin would continue to invest into research and the infrastructure persistently “because today’s students are tomorrow’s graduates, whom we urgently need for our schools, hospitals, the administration, businesses and cultural facilities.”

According to Berlin’s Senate Administration, 37,000 out of the approximately 195,000 students in Berlin just registered. Some 24,000 are going for bachelors and 10,000 for master graduations. There are also exchange students and those who are in the process of graduating.

The Mayor did not exaggerate. Berlin is indeed popular among students, and this aspect does have to do with the Humboldt University and others. Another point students like is the fact that Berlin is generally inexpensive, compared to other university cities in Germany or other European countries.

On top of it all, the party life Berlin offers is unmatched in Germany. Countless clubs of all kinds, including very hip ones, for instance in Berlin’s Kreuzberg and Neukölln boroughs, are very popular.

The Flip-Side of the Coin

On the other hand, there is a huge problem. Finding a place to live in Berlin is almost a mission impossible. According to the Moses Mendelssohn Institute and the rbb radio and television network, the average monthly rent for a room in a shared apartment is around 480 Euro (529 Dollars or 420 Pounds Sterling).

This high price is only part of the issue. The other part is the fact that Berlin does not offer enough rooms or small apartments, since the German capital is in the middle of an affordable housing crisis. Students from abroad have told The Berlin Spectator they have been looking at dozens of rooms and flats for many months without being accepted anywhere.