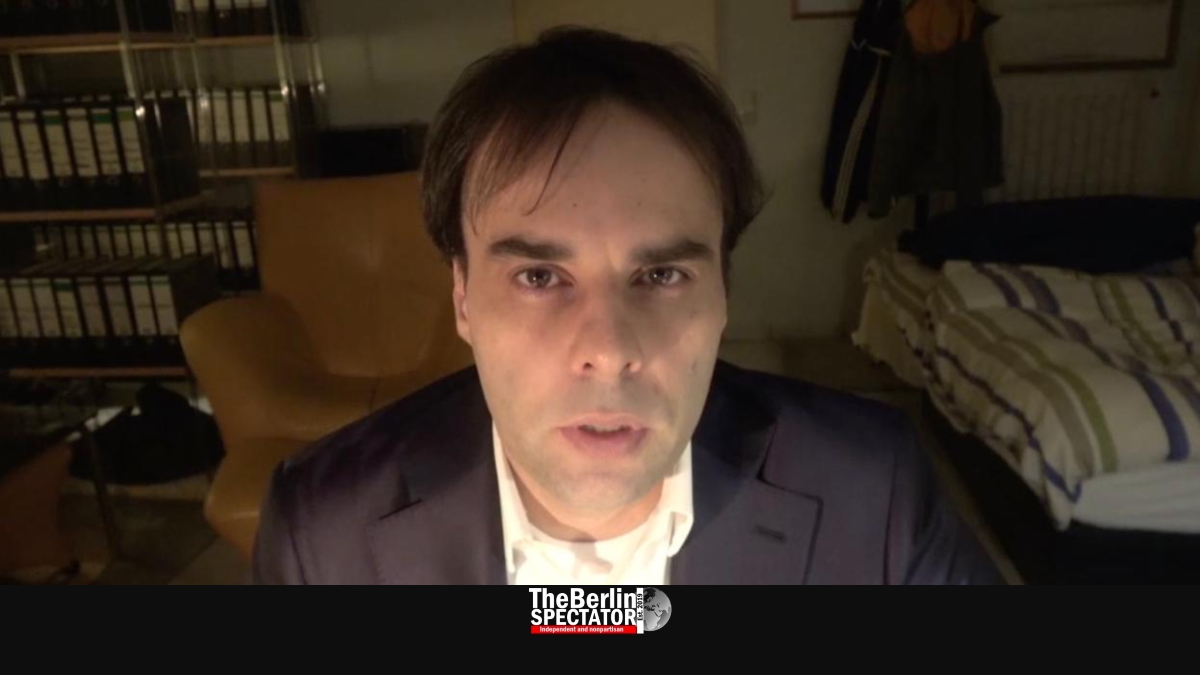 In the German city of Hanau, the Federal Prosecutor’s office and police are investigating the murder of ten people. All but one of them had an “immigrant background”. One man shot nine of them in two Shisha bars. After shooting his mother as well, he committed suicide at home.

February 20th, 2020 (The Berlin Spectator) – The shooting spree started at two bars on Wednesday in the late evening, according to the police in Germany’s federal state of Hesse. The culprit entered a Shisha bar usually frequented by Arabs and Kurds and started shooting people to death. Then he went to a second bar, where he killed more individuals. At first, eight fatalities had been confirmed.

After the deadly shooting spree, witnesses told police about a vehicle that was leaving the crime scene. In Hanau’s Kesselstadt district, they found the car and sealed off the area around its owner’s registered address. An elite police unit entered the place and found two bodies. One of them was the shooter. The second body was that of his 72-year-old mother. The culprit, Tobias R., shot her before killing himself.

Police in Search of Witnesses

The first two crime scenes are located at Hanau’s Heumarkt and at a square called Kurt-Schumacher-Platz. This morning, police asked the public not to spread videos or information about the crime from sources they did not know. They asked more witnesses to come forward and provide information about what they saw and heard in Hanau last night. And they were looking for videos and photos witnesses may have recorded at the crime scenes. Those can be uploaded here.

A letter of confession and a video with statements were found. During their initial investigation, police refrained from announcing information about the shooter’s motive or the origin of the victims. But according to media reports, xenophobia including hatred towards Muslims might be the main motive.

The shooter reportedly uploaded a video with a message in English to Youtube a few days ago. On the recording, he supposedly spread conspiracy theories by saying there were underground military facilities in the United States in which children were “abused and killed.” The Americans needed to “wake up” and “fight against these conditions.” The culprit reportedly spread “extremist right-wing content” as well.

According to the information available at this stage, the video did not contain statements about any shooting spree the culprit may already have been planning when he recorded it. Germany’s Federal Prosecutor’s office took over the investigation. The authorities see “a possible terror act.”

Merkel on the Murders

In Berlin, Angela Merkel said this was a very said day for Germany. “The families and friends of those murdered are in my thoughts”, the Chancellor said. It was impossible to grasp the kind of sorrow the culprit had inflicted on them. “I hope the condolence of so many people in Germany and beyond will give you a little strength”, Merkel told the next of kin.

She also mentioned the victims who sustained injuries and said she hoped they would be able to overcome both the physical and psychological harm the shooting had inflicted on them.

Chancellor Merkel stated a lot pointed towards extremist right-wing and racist motives. The culprit had hated people because of a different origin, a different belief or different looks. “Racism is poison. Hatred is poison”, Merkel said. These aspects were guilty of far too many crimes.

Germany’s President Frank-Walter Steinmeier said he had been horrified when he had been informed about the “violent terrorist act” in Hanau. “I stand with all people who are being threatened by racist hatred”, he stated. Steinmeier said he was convinced that a large majority of Germans condemned all forms of racism, hatred and violence. “We will continue to champion for a peaceful togetherness”, Steinmeier told the nation.

For the Central Council of Jews in Germany, its President Joseph Schuster said his thoughts were with the families of the victims. The question now was how safe minorities and people who supported them were in Germany. The danger of growing right-wing extremism had been belittled and neglected for too long. Police and the judiciary seemed to have a “defective sight on their right eye”.

Both Steinmeier and Schuster will travel to Hanau today, in order to talk to residents and take part in a commemoration event. Hesse’s First Minister Volker Bouffier and Hanau’s First Mayor Claus Kaminsky will be there too. So will Aiman Mazyek, the President of the Central Council of Muslims which represents 1 percent of all Muslims in Germany.

Just yesterday, Germany’s federal government had come up with a list of measures designed to combat right-wing extremism and hate crime. Those include more protection for local politicians and stricter penalties for death threats made in public. Social media will be forced to report indictable crimes on their servers.

In the afternoon, Germany’s Federal Prosecutor Peter Frank made a statement. He confirmed reports according to which the nine victims who were shot first had an “immigrant background”. Before the shooting spree, the culprit had uploaded a manifest and video messages to his homepage, Prosecutor Frank said. Those had included conspiracy theories, but the culprit had had “a profoundly racist mindset”.

The Federal Criminal Police Office and the Land Office of Criminal Investigation in Hesse would now establish whether the shooter had accomplices in Germany or abroad who may have known about his plans or supported him.