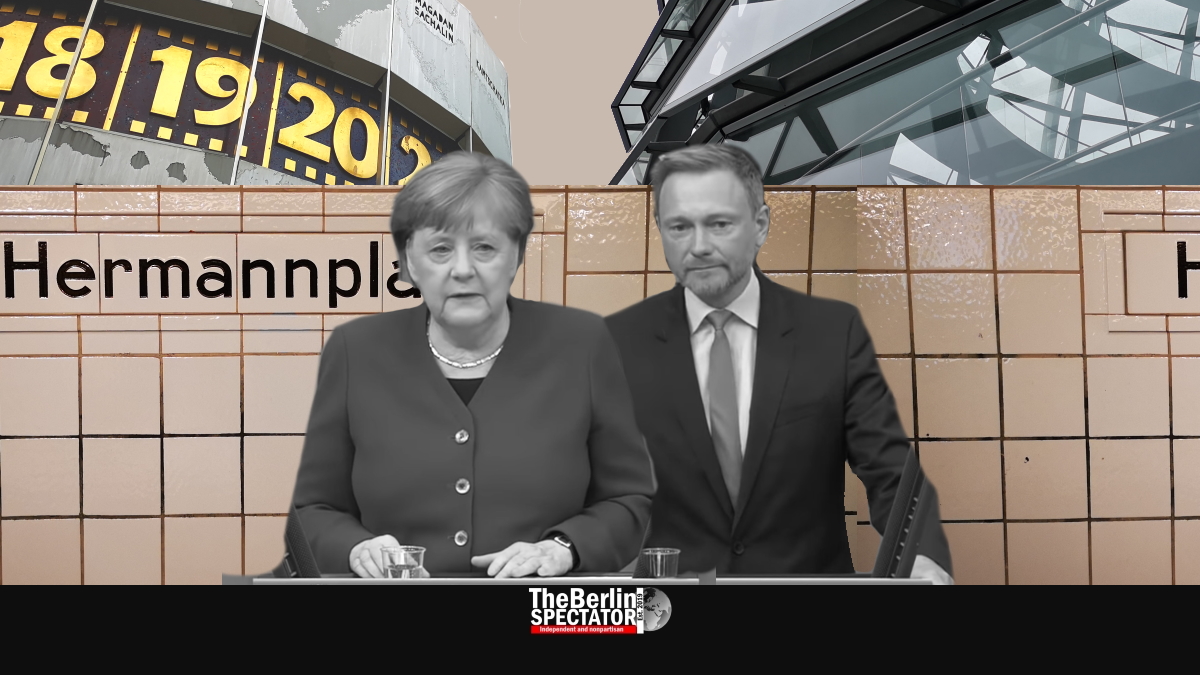 At the Berlin Bundestag, the opposition criticized the way Chancellor Angela Merkel’s government deals with the Corona crisis. She was accused of fighting it “with means known since the Middle Ages”.

Angela Merkel held an official government policy declaration at the Berlin Bundestag on Thursday (read separate article on her statement). She said Germany was “walking on very thin ice” and expressed worries about how the federal states within Germany handle the easing of the Corona sanctions.

Their actions had been “rather forceful”, Merkel said. She meant that some federal states may have gone too far too quickly by adjusting the rules their way. For instance, the city state of Berlin reopened virtually all shops. Large ones are allowed to use 800 square meters (8,611 square feet) of their premises only. At the Bundestag, the Chancellor called for discipline and said terrible situations in hospitals, as they had been seen abroad, needed to be avoided.

While a majority of Germans support the government’s anti-Corona approach, the opposition criticized it. Christian Lindner (on photo above), the chairman of the liberal party FDP, said there needed to be a discussion about a better way “to join health and freedom.”

“Because the doubt regarding the government’s measures has grown, the unanimity regarding the crisis management ends today”, Lindner said at the Bundestag. He accused Angela Merkel of conveying the impression that anyone who did not share her view acted recklessly.

In Germany, the Corona pandemic was fought with means that had been known since the Middle Ages, Lindner stated. He mentioned crews on ships the members of which had needed to wait for weeks until they had been allowed to go ashore after long trips, hundreds of years ago. Lindner compared this approach with the Berlin government’s rules regarding masks and keeping one’s distance.

There were smarter instruments today, Christian Linder said. He mentioned an application for smartphones that has been discussed for months, but is still not available. The app can inform users who have been in contact with infected persons. Linder asked the government where that app was.

And he ridiculed the government’s stance on protective masks. First they had been necessary, just before they had been called “virus slings”. Then their use had been recommended, and now they were mandatory. Regarding the masks and the app, Linder hit sensitive subjects.

For the extremist right-wing party ‘AfD’, its floor leader Alexander Gauland said it was time to ease the curtailment of basic rights. Protective measures had to be the responsibility of the citizens themselves.

Dietmar Bartsch, the floor leader of the far-left ‘Die Linke’, accused Merkel’s government of not being persistent enough. It was endangering the interim success in the fight against the Coronavirus by easing restrictions early. There was a communication chaos that could diminish the acceptance for the anti-Corona measures, Bartsch said.

Anton Hofreiter, the Green party’s floor leader, defended Chancellor Merkel by saying a premature easing of the measures designed to curb the spread of the Coronavirus could “endanger everything we have achieved so far”. People who demanded a quick lifting of bans wanted “a vulgar form of freedom”, Hofreiter stated.

In the meantime, Chancellor Angela Merkel persistently rejected the idea of a ‘community of debt’ in the European Union during a video conference with her colleagues from the other E.U. member countries. For weeks, the Union has been arguing about so-called Corona Bonds. France, Italy and Spain are demanding common debts for reconstruction, while Germany, the Netherlands and other countries firmly reject the idea.

In other ways, the European cooperation seems to be working a lot better. More than 200 COVID-19 patients from France, Italy and the Netherlands have been treated at German hospitals for a while now. French President Emmanuel Macron just thanked the German federal state of North Rhine-Westphalia for accepting patients from his country.

Two of them were discharged and returned to France recently, while one patient, an elderly man, died. It Saxony, an Italian COVID-19 patient died on Thursday. He was 70 years old. Days earlier, a 31-year-old Italian Corona patient had passed away at a Leipzig hospital.

There were more than 153,000 Coronavirus cases in Germany early this morning. A total of 5,575 individuals have died from COVID-19. But more than 103,000 persons who used to be infected are cured.