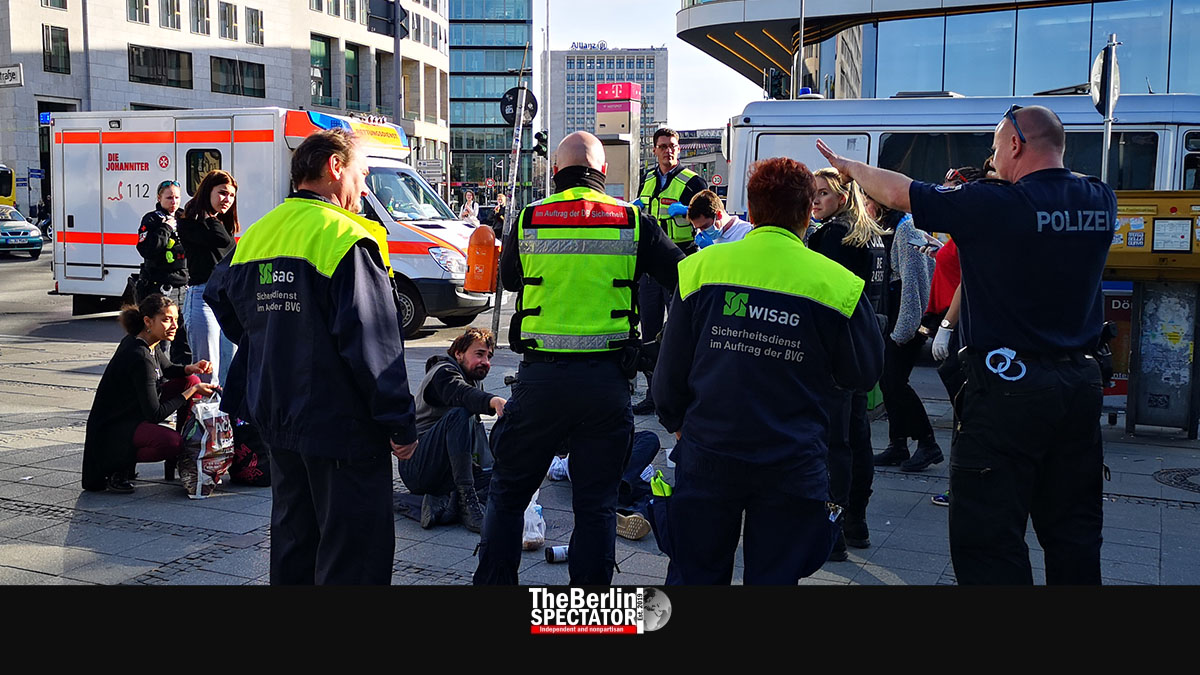 Update July 27th, 2020, 2:27 p.m. CEDT: The driver, who was intoxicated when he caused the accident, was released from police custody. It looks like the accident happened because the driver was speeding. There are several charges against him. Involuntary manslaughter, a charge previously mentioned by the authorities, is not among them anymore.

In front of Berlin’s ‘Bahnhof Zoo’ station, a motorist drove into a group of people on Sunday morning. Six were injured, three of them badly.

Heavily armed police officers were seen at ‘Hardenbergplatz’ at Berlin’s famous ‘Bahnhof Zoo’ train station this morning, after a serious incident during which a motorist raced into pedestrians on the sidewalk. Three people were badly injured, four pedestrians sustained light injuries.

No Indication for Terror

One individual had to be freed from under the car and revived. Both rescue helicopters Berlin has took the victims to hospitals. On site, several passers-by who witnessed the incident suffered shocks. They needed to be cared for by psychologists.

Right after the motorist drove into the crowd, he was held by security staff. Minutes later, police arrested the suspect. The Berlin Police Department said there was no indication for a political or religious act right now, meaning this is probably not a terror act. But the investigation only just commenced.

As a precaution, police officers armed with machine guns appeared at the scene of the incident. Medics treated some of the injured on the sidewalk. The entire area was blocked by police, before the rescue helicopers landed on the street.

According to witnesses quoted in German-language media, the motorist was driving a dark Mercedes SUV with an Estonian registration. He is 24 years old. Before hitting the people on the sidewalk, he supposedly made a turn into ‘Hardenbergstrasse’ from ‘Joachimsthaler Strasse’ and crashed into a traffic light.

Unit 2 of Berlin’s Criminal Investigation Division is on the case already. Sixty fire fighters were on site, as well as dozens of police officers.

Note: The photo at the top of this page shows a different incident at the same location.