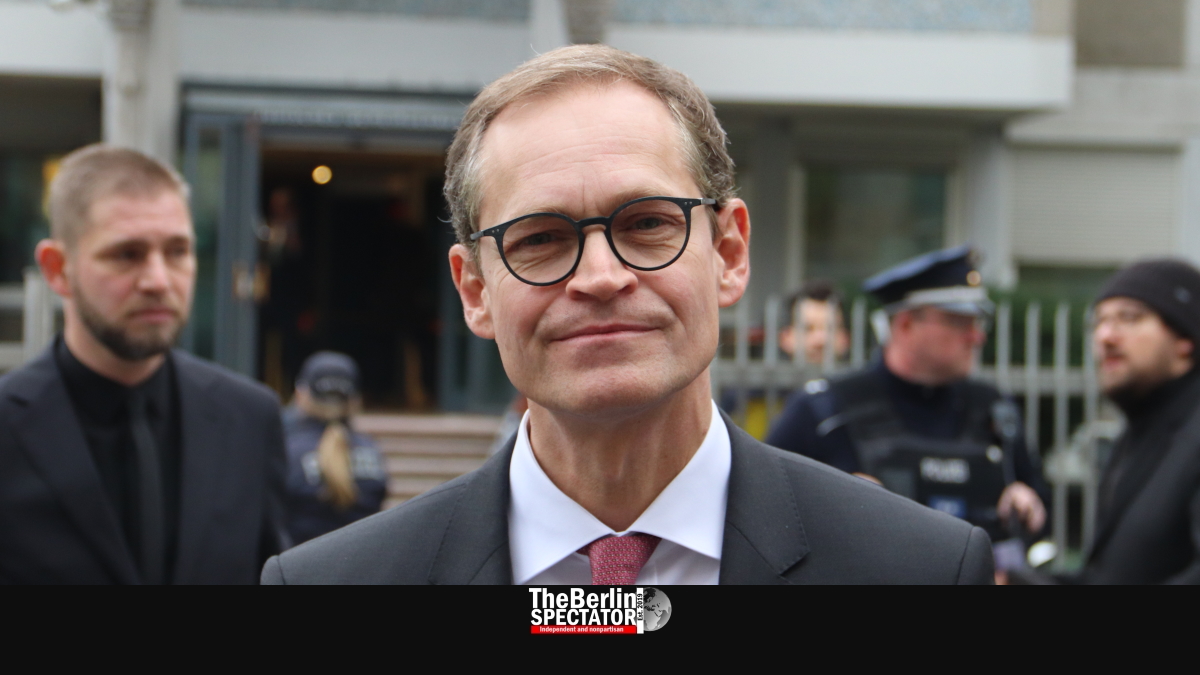 German media and self-proclaimed experts keep on criticizing high-ranking politicians for the vehicles they are being driven around in. But, in reality, cars are the one context in which they do not have any exemplary function, for a good reason.

Politicians go through a lot. Many of them are aware of their role model function, some are born role models, and others pretend they are. Judging from the outside, many of them have perfect families. Their haircuts are impeccable, their suits elegant and their manners probably make them good sons-in-law or daughters-in-law.

Today, most famous politicians in Germany, with the exception of the extremist right-wingers of the ‘AfD’, are even likable. They are caring, many of their policies prove that they do not want to leave anyone behind. And even conservatives are greener than Greens these days.

But high-ranking politicians in Germany will never be perfect, whatever they do. The problem is that environmentalists and other contemporaries feel the inner urge to slam ministers and other politicians for the vehicles they are being driven in, on a regular basis.

Berlin’s Governing Mayor Michael Müller (see photo at top of page) is the latest example. First, the ‘B.Z.’ tabloid reported, he could not get rid of his “stinker”. The editors meant the Mercedes S600 Guard he is being driven in. Virtually all other media in Berlin, now including The Berlin Spectator, adopted the subject.

Müller’s problem: He wanted to replace his S-Class with an Audi A8 because it was supposed to have lower CO2 emissions. Then it turned out the Mercedes was actually more ecofriendly, even though that word is normally incompatible with big limousines of this kind.

Yes, Governing Müller’s official car is a “stinker”. The amount of CO2 coming out of its exhaust pipes is at least five times as high as that of a regular vehicle. The Mercedes S600 Guard has a 12-cylinder engine with 517 HP. If it did not have that kind of power, it would hardly be able to move at all.

The thing is that Governing Mayor Müller gets security threat assessments from the State Office of Criminal Investigations. His level is about as high as the CO2 emissions of his car. In other words: His vehicle needs to be heavily armored. Therefore it weighs almost 5 tons. Moving that kind of weight with an electric motor would not get the car very far. And trying to propel it with a 1.2 liter engine would definitely fail.

These kinds of cars protect their passengers. Two terrorists could be standing on the S600 Guard’s roof, firing machine guns at the passengers below them. They would not be harmed. If two hand grenades exploded right underneath the vehicle, its driver would still be able to take his politicians to safety.

In the 1980s, specialized companies, such as Trasco, converted the Mercedes S-Class or 7-series BMWs to armored tanks without changing their exterior. Today, the manufacturers do those conversions themselves, and the Federal Republic of Germany is a very good customer.

Of course, Müller is not the only politician in Germany who has a high security threat level. The Chancellor, all of her Ministers and others are in the same situation. Criticizing them for the vehicles they are being moved around in is not only unnecessary, but dishonest. Let them blow CO2 into the atmosphere. Let them increase the average a little. Because they have to.