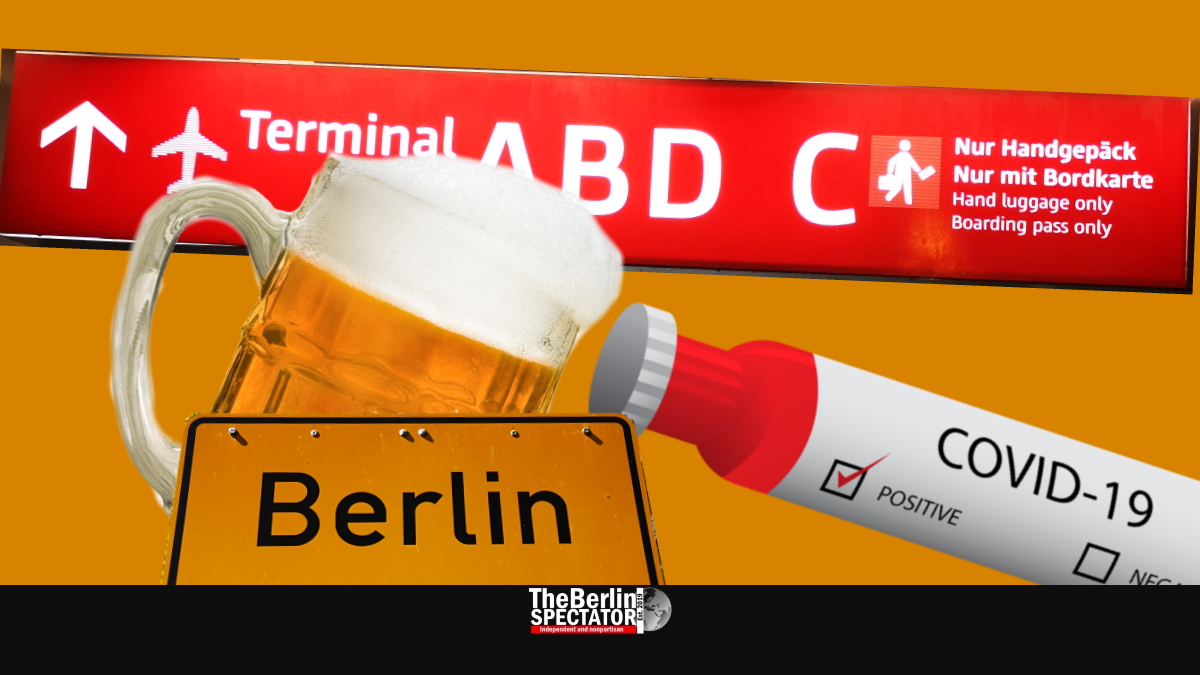 In Berlin and Schleswig-Holstein, two new local Corona outbreaks have been detected. Germany’s authorities are trying to prevent a second Corona wave from hitting, by installing Corona test centers at airports and other border crossings.

In Dithmarschen county, located in Germany’s north-western federal state of Schleswig-Holstein, the number of detected Coronavirus infections is increasing. The local authorities said, 44 new infections had been confirmed there in the past seven days. Several persons had shown the typical symptoms. Especially the town of Heide is affected.

According to Dithmarschen’s health authority, a majority of infected persons brought the virus back from trips to Scandinavia and the west Balkans, which is a high risk region.

The Robert Koch Institute in Berlin, Germany’s equivalent of the American CDC, has released numbers on Corona infections in Germany that were traced back to visits abroad. Within the past four weeks, a total of 7,977 new Corona cases were confirmed. Most of the people affected got infected in Germany, 6,809 of them.

But 303 individuals brought home their Corona infections from Kosovo, 242 from Serbia, 70 from Turkey and 67 from Bosnia and Herzegovina. A smaller number of people got infected in Romania, Croatia, Bulgaria, North Macedonia and the Netherlands.

In Germany, the Foreign Ministry’s general travel warning for most countries in the world applies to most Balkan countries and Turkey as well, meaning they are considered high risk areas. Starting next week, persons returning from any high risk areas are supposed to be tested for Corona at airports, ports, train stations and border crossings on roads. Germany has borders to nine neighboring countries with a total length of 3,714 kilometers (2,308 miles).

At Berlin’s Tegel Airport, a test center for persons returning from high risk areas opened on Wednesday. According to the rules, they need to go into a 14-day quarantine upon arrival. But if they have themselves tested and produce a negative result, they can avoid the quarantine. Starting tomorrow, on Friday, a test center at Schönefeld Airport is supposed to be in service.

While test centers at airports and other locations all over Germany were supposed to be up and running by next week, both Berlin and Bavaria seem to be quicker. The Bavarian Health Ministry announced, test centers at the central train stations in Munich and Nuremberg would start operations today. More of them are being prepared at several border crossings.

Germany fears a second Corona wave. Health Minister Jens Spahn and his colleagues from the country’s sixteen federal states believe travelers returning from high risk areas pose a risk to everyone else. The same applies to reckless behavior within Germany.

In Berlin, a local Corona outbreak was detected at ‘Neulich’, a local brewery and pub in the German capital’s Neukölln district. So far, 18 infected persons were traced back to the location. The authorities are looking for more of them. The intention is to break this infection chain.

Berlin’s health authorities stumbled upon this local outbreak when an individual in the Friedrichshain-Kreuzberg district developed symptoms. This person had been a guest at the pub. Its owner apologized for not having taken the Corona rules too seriously. It is not all the owner’s fault though. As it turns out, some guests had left false contact information on the mandatory contact list the pub asked them to leave their addresses on.

Since the Corona crisis started half a year ago, 208,546 cases have been registered in Germany. More than 191,000 persons who used to be infected are cured. The total number of Corona-related deaths in Germany is 9,135, as of this morning.