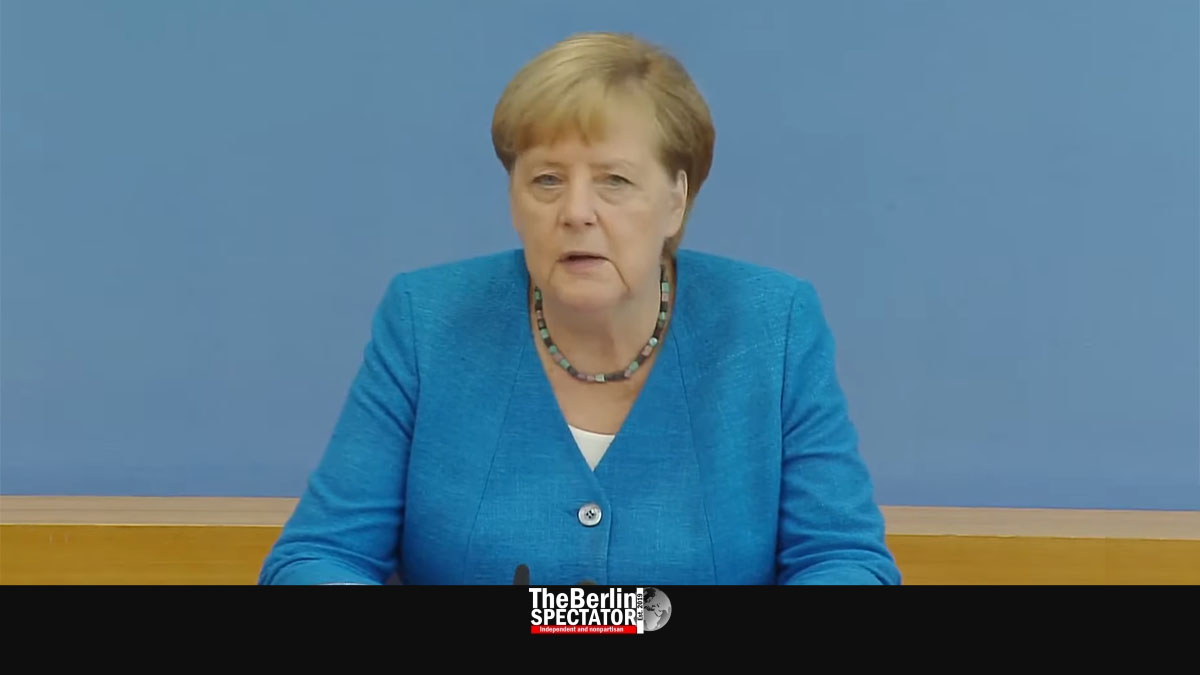 In Berlin, Angela Merkel said the situation in the Corona crisis continued to be serious. The infection numbers would have to be kept low during the cold season.

Chancellor Angela Merkel believes the Corona epidemic might have a stronger impact on life again during the upcoming cold season. “We have to expect that things will become difficult in the next few months, compared to the summer”, Germany’s head of government said during a press conference.

“The situation is serious […]. Please continue to take it seriously”, she told the press in Berlin. The Coronavirus was an imposition. In summer, people had enjoyed life and freedom outdoors. They had been protected from aerosols relatively well. “In the next months, it will be about keeping the infection numbers low, when we will be staying indoors again, in offices, schools and apartments”, Angela Merkel stated.

As long as there was no vaccination, things would not be the way they were before the pandemic. “We will have to live with this virus for quite some time”, the Chancellor said. There were three priorities for the next months. Children should not become victims of the pandemic, Mrs. Merkel stressed.

The second priority was the economy. Everything had to be done to keep it going. The third important aspect was to conserve the societal cohesion as much as possible. According to Angela Merkel, certain demographic groups are going through hardships in this crisis. Those needed to be cushioned, she said.

Merkel mentioned elderly and care-dependent people and their relatives, families with kids living in small apartments, students who had lost their side jobs, jobless individuals and artists. The government has come up with aid packages worth billions. They are helping, but cannot resolve all issues for everyone.

The Chancellor thanked Germany’s citizens for being careful in this crisis. Germany had not gone through terrible issues other states had been confronted with, also because of its good health system. But the main reason for the comparatively favorable developments had been the fact that a large majority had acted with reason, responsibility and humaneness.

In Germany, the total number of Corona cases stood at 242,126 early on Saturday morning, or roughly 1,500 more than on Friday morning.

Issues at schools all over Germany keep on popping up. In Berlin, there are Corona cases at 40 schools. One of them, in the German capital’s Spandau district, remained closed for a week. The members of several learning groups in the upper grades are in quarantine. In the meantime, the nationwide discussion about masks in class in continuing.

In Berlin, thousands of Corona deniers are expected to stage big protests today, after two courts dumped a ban the police had imposed on the events. The police deployed 3,000 officers to deal with any issues.