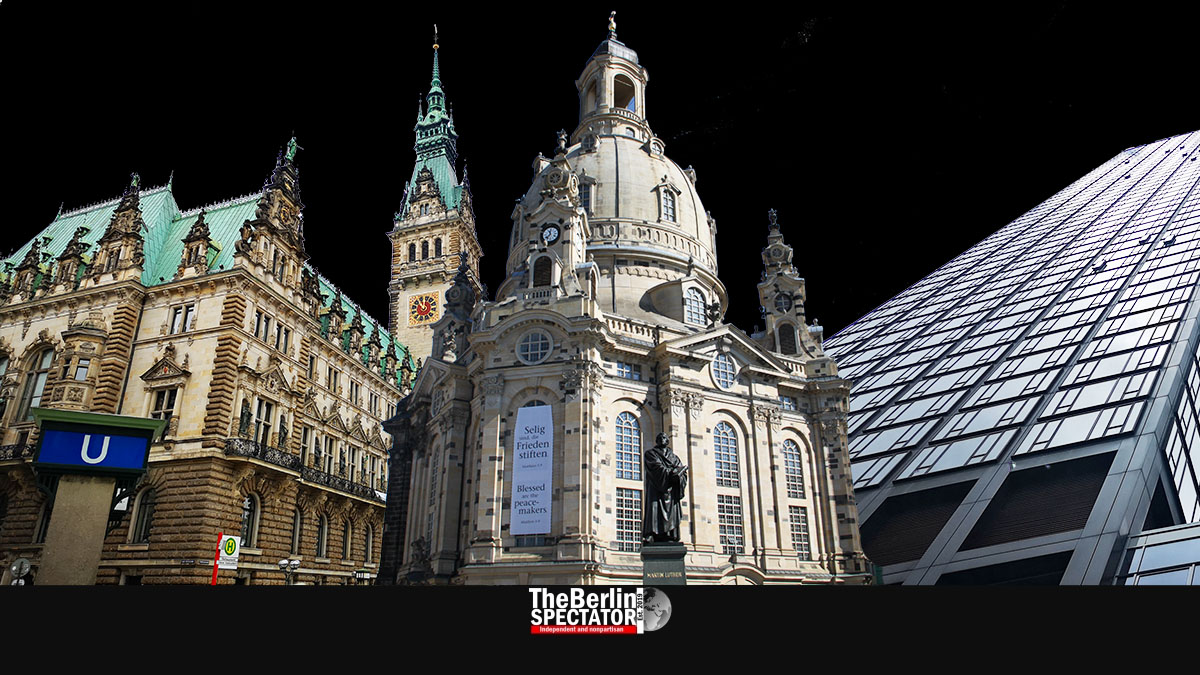 This morning, the total number of Corona cases in Germany, since the pandemic hit, was 631,172. Within 24 hours, 22,561 new infections were reported. The country is hoping the effects of the ongoing partial lockdown will kick in soon.

Berlin, November 6th, 2019 (The Berlin Spectator) — Since January 27th, 2020, when the first German tested positive for Corona, the numbers have not been quite as alarming as they are right now. According to the data Johns Hopkins University gathered from local health authorities, labs and hospitals, 22,561 more Germans and residents of other nationalities are infected with Corona, compared to yesterday morning.

Laboratories in Germany seem to be overloaded because of the thousands of Corona tests they have to cover every day. In an interview with the ‘Rhein-Neckar Zeitung’, Andrew Ullmann, a health expert and member of the liberal party FDP, suggested veterinary labs should help. He accused the government of not reacting quickly enough.

In one of Germany’s main Corona hotspots, Berlin, things are still out of control. More than 1,300 new infections were reported within 24 hours, 863 Corona patients are now being treated in the German capital’s hospitals, 234 of them are in intensive care. Two and a half weeks ago, only 284 Corona patients were hospitalized in Berlin. If the increase does not slow down rather soon, Berlin’s clinics will run out of beds and staff.

According to Berlin’s Senate Administration for Health, the city’s hospitals are postponing schedulable surgeries because of Corona. They were ordered to reserve 25 percent of all ICU beds for COVID-19 patients. This applies to 38 emergency hospitals in Berlin.

This morning, at the Bundestag, Germany’s Health Minister Jens Spahn said the number in Corona patients at ICUs had doubled within two weeks. The “dynamics” of the pandemic were too strong, which was why the latest measures were necessary.

In Hamburg, the local health authorities reported a record number as well. As many as 647 new Corona infections were counted within one day. With 1.9 million residents, Hamburg is half the size of Berlin. Hamburg’s Seven Day Incidence Number is now 149.1, which makes the northern port city a Corona hotspot as well. Berlin’s Incidence Number is 180.9.

Experts believe, the first effects of the partial lockdown that was put in place on Monday might become visible early next week. They say the numbers that were being announced now were projecting the situation from one to two weeks ago, when people had had far more contacts.

Germany’s armed forces, the Bundeswehr, are now increasing their “Corona contingent”. At this stage, 4,366 soldiers are reportedly supporting municipalities. They are tracking down contacts of newly infected individuals for local health authorities and helping with the testing. The Bundeswehr intends to prepare a total of 16,000 soldiers for tasks of this kind.