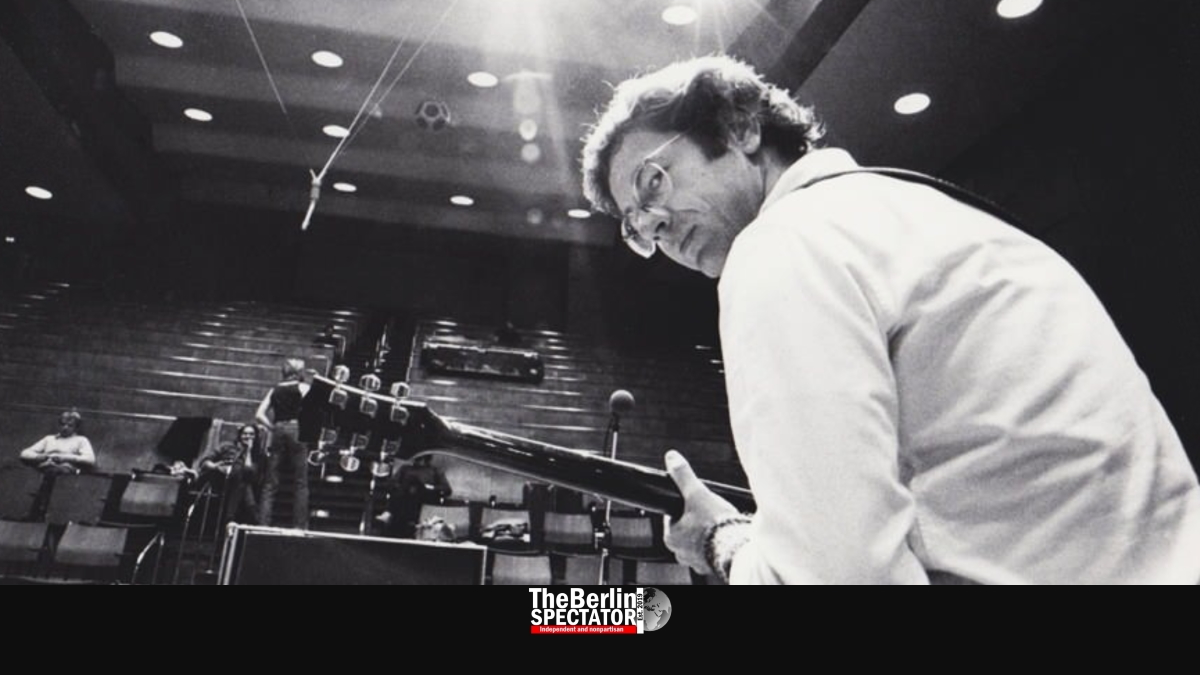 All over the world, people go for the ‘Made in Germany’ label when they purchase motorized vehicles, tanks, rifles, ice cream, bread, washing powder, cuckoo clocks or other useless items. Yes, they also love Beethoven, Brahms and Bruckner, they read Schiller, Goethe, Grass, Mann and others. But what about Jazz?

Berlin, October 5th, 2019. Update: June 6th, 2021 (The Berlin Spectator) — There are lots of German Jazz-Funk and Jazz-Rock artists. Do they have what it takes? Well, you be the judge. These are ten brilliant examples for Jazz-Rock, Jazz-Funk and Contemporary Jazz tunes made in Germany.

Wolfgang Haffner is definitely among the ten best drummers in Germany. And he has proven to be versatile by playing killer off-beats in Jazz-Funk tunes, but also Straight Ahead Jazz with a lot of sensitivity and energy. ‘Simple Life’, a sophisticated Jazz-Funk piece composed by the master himself, features the Hungarian sax hero Tony Lakatos. The album ‘Live & Real’ was released in 2002.

Curt Cress is an all-in-one master. As a music professor he teaches the new generation, and as a producer he has cooperated with a gazillion German and international artists. The same applies to the drummer Curt Cress, the same guy, who played with Tina Turner, Meat Loaf, Saga and Passport (see below) plus many other bands. On top of it all, he released five solo albums, including ‘Avanti’ in 1983. In ‘The Indian Call’ he is being accompanied by a slap bass only. This piece used to be a hymn for amateur drummers and ‘Real Music’ people, back in the days.

Barbara Dennerlein got her first organ at age 11 and turned out to be brilliant on that instrument, simultaneously playing the keyboard and the bass pedal part with a kind of professionalism hardly anyone else in Germany could match. Early on, she was known as the ‘organ tornado’, when she played with countless Jazz groups. Later, Barbara Dennerlein started recording solo albums featuring her own compositions. There are 21 of them today, not counting collaborations and live albums. This one, ‘Take Off’ features Dennis Chambers on the drums. It is the title track of her 1995 album.

Note: All ten Youtube clips above were available on June 6th, 2021. We are not responsible for any legal aspects connected to external links or websites. This including the Youtube links above.