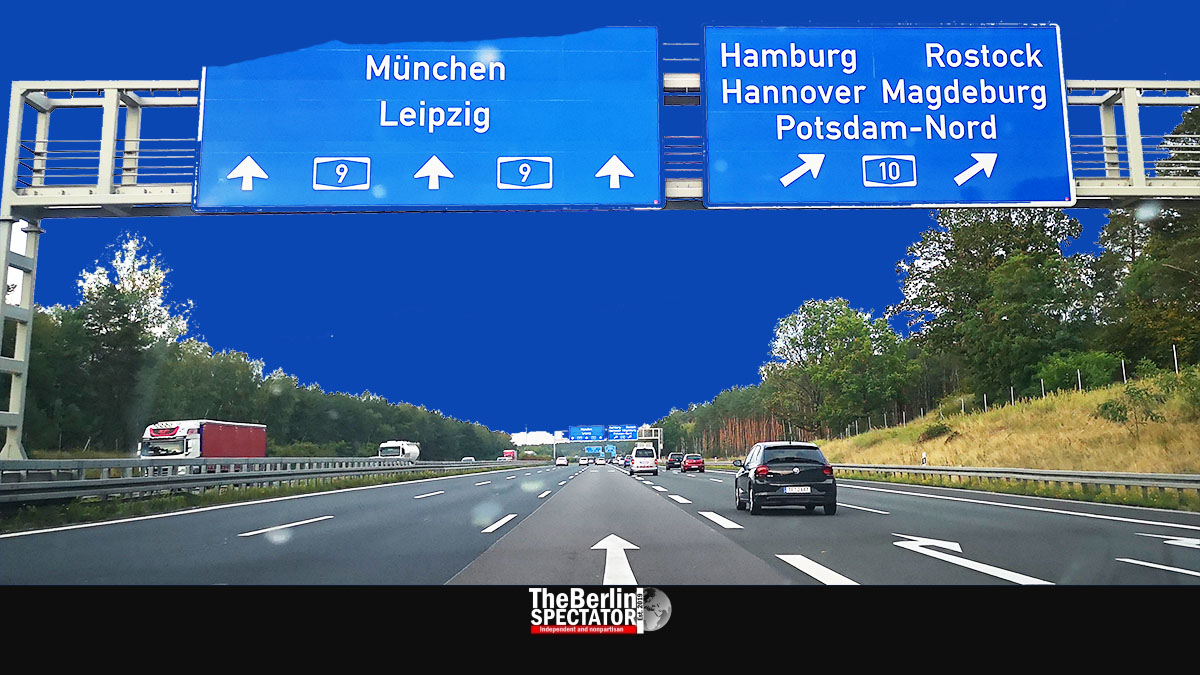 Many Germans believe summer vacations are the nicest moments in life. And they are absolutely right, until they hit the Autobahn. In Germany and some neighboring countries hell will break loose. When? Today.

Berlin, June 24th, 2021 (The Berlin Spectator) — Summer vacations make us experience the nice things in life, such as having Quiche Lorraine for lunch in Montpellier, getting caught in a tomato fight in Buñol or doing some hiking in the Black Forest. Priceless! But in order to spend this kind of quality time with our loved ones we need to get there first. So, what do we do? We fire up the Diesel, locate the Autobahn and burn some rubber, right?

There is an issue though: The Autobahn is pretty much the worst place to be, since Monday. That was when the summer vacations commenced in two federal states, namely Schleswig-Holstein and Mecklenburg-Hither Pomerania. Starting today, hundreds of thousands of vacationers from an additional three states, Berlin, Brandenburg and Hamburg, will join the other northerners on those roads towards the south. In July, things will get even worse, when North Rhine-Westphalia (July 5th) and all other states become part of all the fun as well.

As always, the General German Automobile Association (ADAC) is spreading wisdom about traffic beforehand. They say all the traffic will lead to “bottlenecks”. Oh, really? From tomorrow to Sunday (July 25th to 27th), their experts expect “a lot of traffic and plenty of congestion on the Autobahn, especially in the north of the country.” Well, it does not exactly take a degree in quantum physics to get to this conclusion. That is because the north is where people are on vacation now.

As you already guessed, there is more bad news: Because of Mr. Corona and the fact that he turned the entire world into dogfood, many families are refraining from flying to beach resorts. Instead, many of them intend to board their Range Rovers and Datsuns and explore their own country. Other holidaymakers are about to see what Germany’s nine neighbors are doing. So, will this aspect improve or worsen the situation on the Autobahn? Exactly. The only hope is that many contemporaries will not travel at all, because of the pandemic.

Anyway: The ADAC says anyone heading for the mountains or the lakes should expect much longer travel times. Pure genius. Who would have thought so? On the Autobahn, exactly 834 construction sites will slow down traffic further. Were they put there to annoy vacationers? Probably. Some Autobahn stretches will even be closed, according to the ADAC. They definitely picked the perfect moment. Deviations will be marked by those yellow signs that say “Umleitung” (German for deviation), or those blue signs on the Autobahn which show a “U” and a number.

Even more bad news? Sure. Here we go: The heavy haul traffic ban on Sundays and official holidays does not apply right now. This problem was brought to you by Corona Inc. and sponsored by Global Pandemics Co.. More traffic jams and headaches should be expected in Italy, France, Austria and Croatia. Hvala liepa. Let’s not even mention the borders. Or the walkouts at Deutsche Bahn. Luckily, those were just postponed.

There is a remedy. Hitting the Autobahn at crazy times usually helps. Are you ready to leave Berlin for the Alps at 3:00 a.m.? See you on the Autobahn.