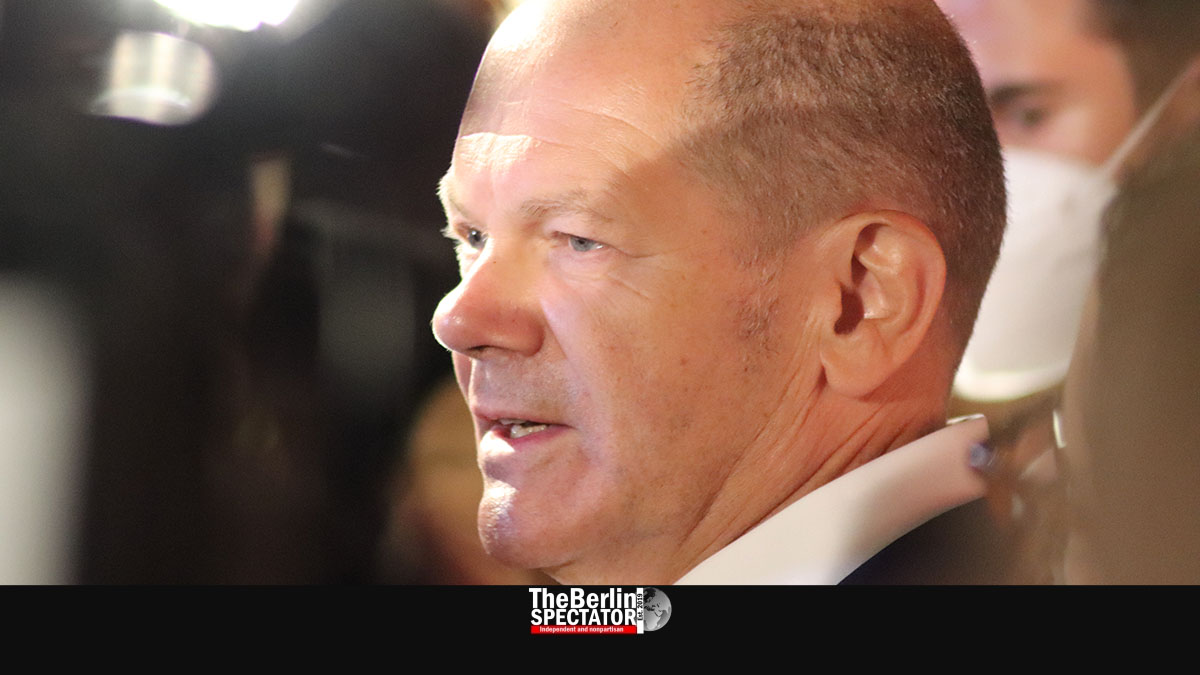 Just a few weeks ago, almost everyone predicted another bad defeat for Germany’s Social-Democratic Party SPD, for good reasons. For several years, the party had literally drowned in the polls. Now, the SPD is back, with Olaf Scholz at the helm.

Berlin, September 5th, 2021 (The Berlin Spectator) — Almost everyone was wrong, including this publication. For years, the message had been that the SPD could not win. Olaf Scholz was the right candidate in the wrong party. For this reason he could never be Chancellor of the Federal Republic of Germany. The gap between the Social Democrats and the conservative “union parties” was simply too big. All of the above turned out to be inaccurate.

On Friday night, a confident Olaf Scholz showed up at ‘Zenner’ beer garden, a nice place at Berlin’s Treptower Park located right at the bank of the river Spree. Motivated by the latest polls, which give him and his party the lead with 25 percent, while the “union” gets 22 percent, he already sounded like a Chancellor, in front of a small crowd of some 150 people. Most of them were elderly SPD members and journalists. On the path along the river, strollers stopped to listen to him.

Olaf Scholz, Germany’s Finance Minister and Vice Chancellor, showed quick-wittedness that evening, as he stood next to his colleague Franziska Giffey, the former Family Minister who tripped over a plagiarism scandal and is trying to become Governing Mayor of Berlin, with good chances. Several times, he was interrupted by spontaneous protesters including one Corona denier. Scholz asked him and all other doubters to get vaccinated. “We, those of us who were vaccinated already, are your guinea pigs. The vaccine is fine.”

It did not take long until the ‘Bild’ tabloid manufactured yet another headline against Scholz. The publication accused him of having called vaccinated persons guinea pigs, which is technically right, but divorced from its context. His quote was an attempt to get to those conspiracy theorists by using a wording even they might understand. The closer the elections, the more ‘Bild’ falls back into its 1970s approach. And the longer the pandemic lasts, the more this yellow press product and its new TV channel seem to try to appeal to Corona deniers. But this is a subject of its own.

Scholz corrected another accusation. Angela Merkel, today’s Chancellor who is usually very moderate in anything she says, made a noteworthy statement the other day. She said there was a “crucial difference” between her and Olaf Scholz. She would never agree to a coalition with the far-left ‘Die Linke’, while he would. Again, the statement is technically accurate, because he has not ruled it out. At the same time, there is a big ‘but’. At his event, Scholz made clear he would not build any coalition with any party that wanted to leave NATO or disband the organization. This settled it, because this is exactly what ‘Die Linke’ wants.

Olaf Scholz delivered the whole enchilada, by explaining how he wanted to create “good and safe jobs” that would help families. Their income needed to be high enough to pay the rent and to give children what they required for a good upbringing. He explained complicated tax issues and how he wants to create more jobs while running good climate protection policies at the same time. Security, pensions, education: Scholz mentioned it all while he stood there for 90 minutes without complaining. After the Q&A event, he even seemed to enjoy the frenzy of flashing cameras around him.

This man has come a long way. Born in Osnabrück, he was part of the ‘Jusos’, the SPD’s youth organization, early on, since 1975. In Hamburg, he headed his party’s district chapter in Altona, an artsy-fartsy part of Hamburg. It did not take too long until he headed the SPD in the city. Scholz filled this role twice, for a total of 13 years. For a few months, in 2001, he was Finance Senator of Hamburg and Secretary General of the SPD, before he became Labour Minister under Chancellor Merkel in 2007. Later, from 2011 until 2018, none other than Olaf Scholz was First Mayor of Hamburg. Then, duty called in Berlin, where he became Vice Chancellor and Finance Minister.

Today, Scholz calls himself a “former Hamburger”. He lives in Potsdam, the capital of the federal state of Brandenburg. Soon, he might (or might not) move into the Chancellery. Or, if he wins and adopts Mrs. Merkel’s approach, he might just work at the Chancellery and live in his own place. With Olaf Scholz, who is 63 years old, the SPD picked a convincing candidate. He may not be a genius rhetorician, but neither is Angela Merkel or his conservative competitor Armin Laschet.

Of course, Olaf Scholz knows polls are not actual election results. September 26th is the big day. The strongest party will have to try to form a government coalition. His dream is to lead a “red-green” one with the Greens. But, as it turns out, the math does not really support this option right now, according to the polls. A center-left coalition with the involvement of ‘Die Linke’ seems unlikely, but a sort of centrist one with Merkel’s CDU, its Bavarian version CSU and the center-right FDP could be formed, no matter if the SPD wins or not. If it does, Scholz could head it.

Everyone knows the beginning and the middle part of Olaf Scholz’ story, but nobody knows the last part yet. We will, within a few weeks.