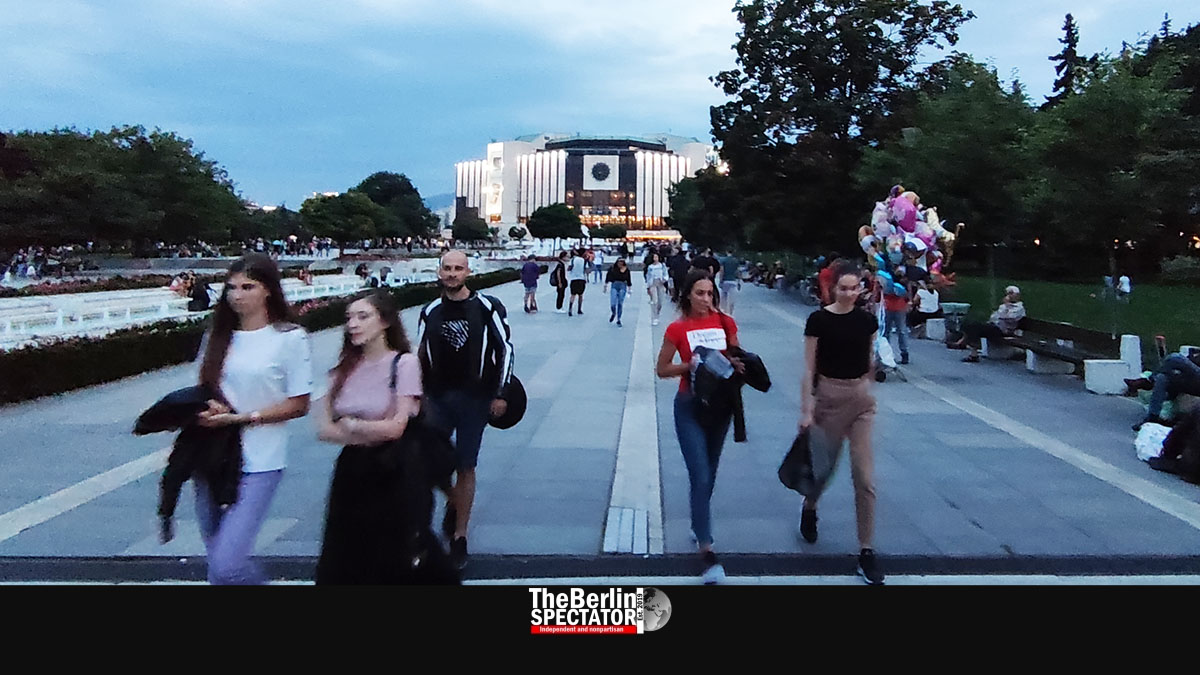 In communist times, the Bulgarian regime forced people to get vaccinated against all kinds of illnesses. With this strategy, it managed to get rid of diphtheria and other diseases. Today, even virologists do not believe in Corona vaccinations. The consequences are horrific.

Sofia/Bulgaria, September 19th, 2021. Update: September 20th, 2021, 12:36 CEDT (The Berlin Spectator) — There are only few things that work well in Bulgaria. And there are few areas in which things improve. In Sofia, a new metro line and an enhanced infrastructure are clearly visible. In this regard, a lot has happened in the past two decades. On the other hand, there are far too many things which should have happened all over Bulgaria, but didn’t.

Apart from the fact that neither the poverty, nor the rampant corruption or the discrimination against the Roma minority have been fought at all, the country has huge problems with its education system. The air pollution in several cities, including Sofia, literally kills. There is yet another huge issue: Bulgaria’s medical system is bad. In this European Union country, many hospitals look like trash dumps rather than clinics. Cancer patients who can afford it get treated in Germany or Switzerland. Many of those who do not have the money are lost. Literally.

Now, the Corona crisis reveals those problems. Before the collapse of communism, Bulgaria had a strong team of virologists who would take on any threat effectively. The mean communist regime was right on one thing: It forced the citizens to get vaccinated against major illnesses and managed to get rid of some of them. Today, decades later, a virus that is threatening the entire world, including Bulgaria, is not being taken seriously enough.

There are Corona deniers in every country in the world. But when the head of the Pediatric Clinic at the Hospital of Infectious Diseases in Sofia, the capital, does not really believe in Corona vaccinations, something is obviously very wrong. “I am not expecting a second Coronavirus wave in the autumn in the apocalyptic sense usually attributed to these words”, Associate Professor Atanas Mangarov told Bulgarian National Radio in June of last year, shortly before the second wave hit.

Today, Mangarov does not want to pressure people into getting vaccinated. “Forcing people to get vaccinated, by making them worry about not being able to work or live normally otherwise, is fascism”, he said in a recent interview with the German TV channel ZDF. When one of the most important virologists in Bulgaria spreads these kind of views, it is not surprising that many citizens do not feel any urge in regard to getting immunized against Corona.

Bulgaria does have experts who know how important Corona vaccinations are, but they seem to be a minority. “If we continue to behave like the idiots of Europe, we will deal a terrible blow to our economy and tourism,” the country’s Chief Health Inspector Angel Kunchev said, according to Novinite. The numbers speak for themselves. Bulgaria has the lowest vaccination rate in all of Europe. There is enough vaccine, but the country is forced to give it away to other countries before it expires. Hardly anyone wants it.

In Malta, 156 doses of Corona vaccine have been administered per 100 inhabitants. This is a relatively good value. In Germany, the number is 124, which is rather weak. But Bulgaria has only managed to administer 35 doses per 100 people. About 20 percent of all Bulgarians are fully vaccinated. The country is at the top of one list: Right now, it has the highest rate of Corona-related deaths in the European Union. This week, 59.78 COVID-19 deaths per 1 million inhabitants were registered in Bulgaria. Hungary, where the overall Corona situation is very problematic as well, stands at 3.28, according to Statista.