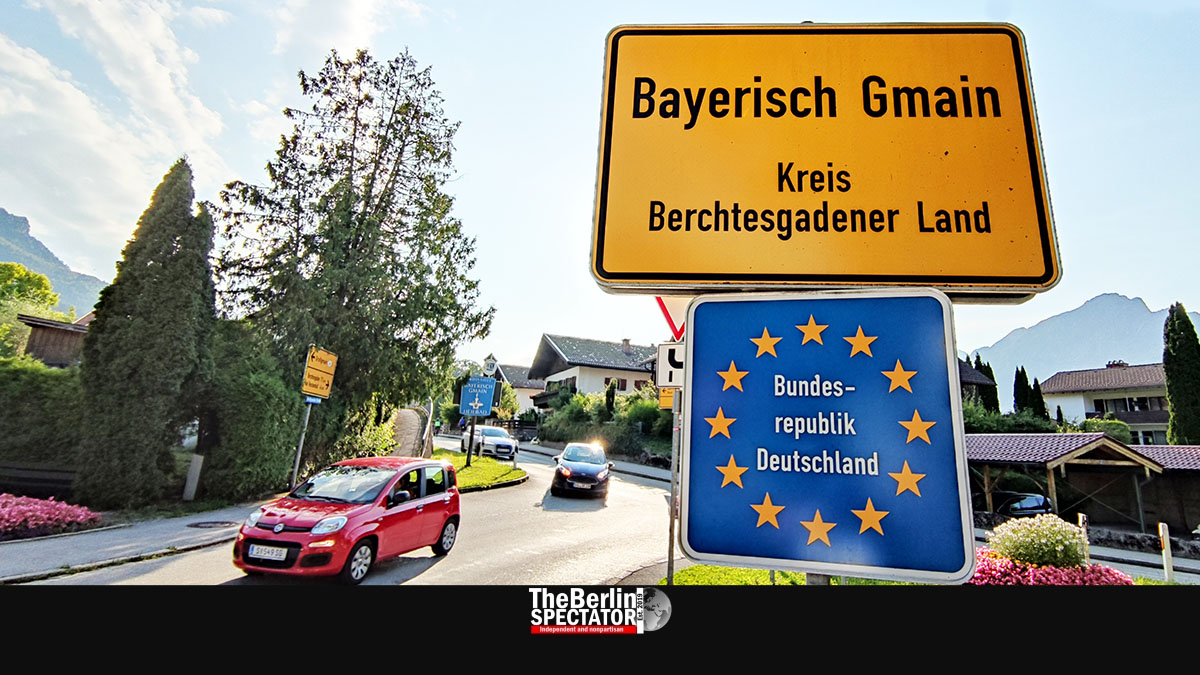 In Bavaria, the fourth Corona wave is picking up speed. The federal state’s official Corona map is mostly red. Especially in Berchtesgadener Land and neighboring counties, the situation is serious. Still, the state is easing its Corona rules.

Berlin, October 18th, 2021 (The Berlin Spectator) — On the Corona map Bavaria’s State Office of Health updates every day, there is one tiny green spot: Tirschenreuth county in the state’s north-eastern part is looking good. Here, the Seven Day Incidence, which shows how many people per 100,000 inhabitants have been infected with Corona in the past seven days, stands at 16.74. This number is only a fraction of Bavaria’s (112.9) or Germany’s (74.4) Incidences.

Why exactly Tirschenreuth is being spared by Corona is unclear. Maybe it is the low number of residents. There are probably more cows on pastures than there are people. Or maybe it is pure luck. Five little spots on the Bavarian map are yellow. They mark counties and towns with Incidences higher than 25, but lower than 50. The rest of the map is red, in three shades from light to dark.

If there was a fourth shade, an even darker one, Berchtesgadener Land county would be marked with it. This wonderful region, which is one of Germany’s major tourist magnets, has an unbelievable Seven Day Incidence of 353.6 today. Since yesterday, when it had stood at 336.7, it rose substantially yet again. An additional nine Bavarian counties and towns are dark red as well, since they registered Incidences above 200. They are Traunstein, Straubing-Bogen, Mühldorf am Inn, Cham, Rosenheim (city and county), Miesbach, Bad Tölz-Woilfratshausen, and Regensburg. Traunstein county stands at 298.6. Within a day or two, it might join Berchtesgadener Land in the 300 club.

In spite of the deteriorating situation, Bavaria just eased its Corona rules. First Minister Markus Söder used to be one of the strictest Corona politicians in the country who would constantly demand harsher restrictions, for good reasons. Apparently, this time has passed. Since Friday, people do not have to provide their contact data anymore when they enter Bavarian restaurants or cinemas. Only when they visit places with even bigger infections risks, such as indoor events with more than 1,000 people, clubs or brothels, they have to enter their data into contact lists.

Another decision raises the question whether Bavaria’s government is actually looking at the situation: Christmas markets in the state will be allowed to open without restrictions. Neither will visitors need masks, Corona tests or vaccination certificates, nor will there be fences around those markets or alcohol bans, meaning the rules will be comparable to those that applied in the good old times, when Corona was still a Mexican beer brand and the Spanish word for ‘crown’.

There are a few Corona hotspots outside of Bavaria. Those include Kyffhäuserkreis and Wartburgkreis, two counties in Thuringia, and Mittelsachsen, which is part of Saxony. In these counties, the Incidences are above 200 as well. Experts fear the infection numbers in the rest of Germany might increase substantially as well, as soon as it gets colder.