Olaf Scholz: ‘We will Win this Fight! We will Overcome this Crisis!’ 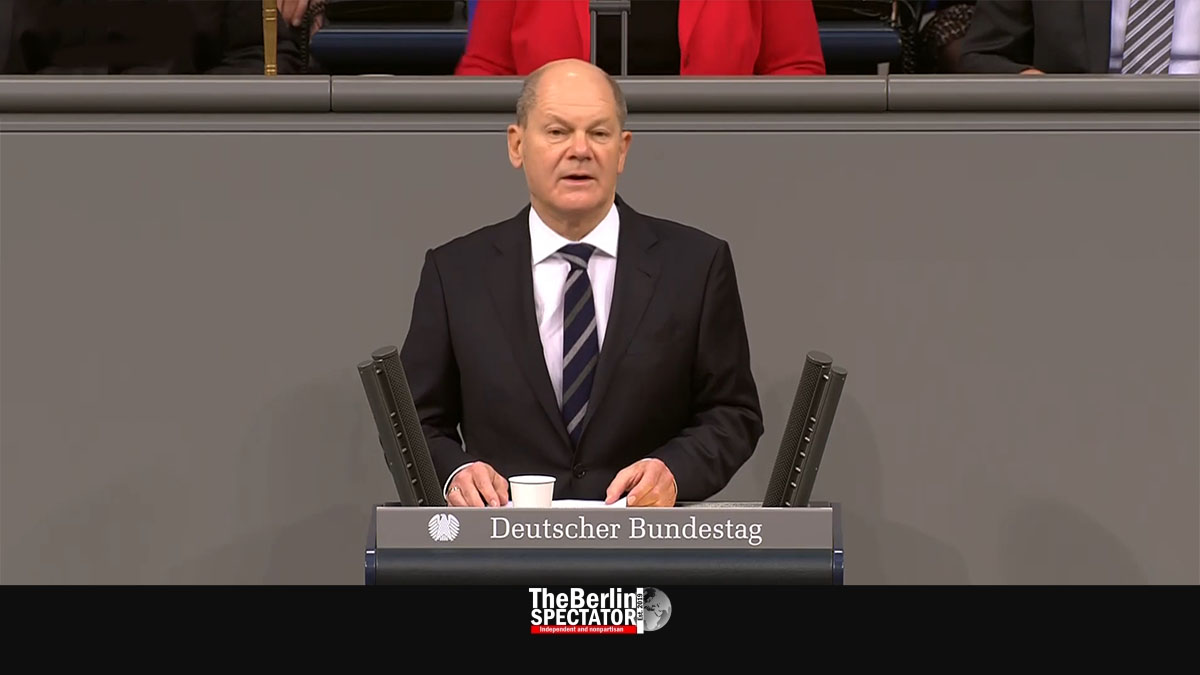 Germany’s new Chancellor Olaf Scholz held his inaugural speech at the Berlin Bundestag this morning. He said Germany would win the fight against Corona and thanked his predecessor Angela Merkel.

Berlin, December 15th, 2021 (The Berlin Spectator) — Germany’s newly elected Chancellor Olaf Scholz began his inaugural speech by saying the right course needed to be chosen right now. There was no time to waste. This approach mainly applied to the fight against the Corona pandemic.

For the second time, Christmas would be different, Scholz stated. Avoiding too many contacts was important. The infection rate was too high, Corona patients needed to be transferred from one ICU to the next, there were long lines in front of vaccination centers and worries in regard to a new Coronavirus variant. Nobody really felt well in this crisis. Many people were asking themselves whether this crisis would last forever.

“Things will improve”, Scholz assured his listeners. “We will win this fight! We will overcome this crisis!” Compared to last year, Germany had made some headway. But everyone needed to get vaccinated, the new head of government stressed. He reiterated his government’s plan to “get 30 million vaccinations into our upper arms before the end of the year”. The country was on the right track. “If we continue with all our might, we will make it.”

“I want us to get there together”, Scholz said at the Bundestag. For that reason, he had set up a Corona task force headed by a general. “The pandemic is global. That is why we are committed to providing vaccine to poor countries and other states in the European Union”. He promised the government would not rest for a moment and leave no stone unturned “until we get back our freedom.”

He asked the Germans to help their country reach this goal. “Get vaccinated. Protect your life and the lives of others.” The Chancellor said every adult could be vaccinated already. Those who had gotten their immunization had done everything for the return of all freedoms. He thanked them and said the government would always stand by their side. At the same time, he condemned those who were spreading conspiracy theories and a “small extremist minority”.

Olaf Scholz thanked his predecessor Angela Merkel. She had worked in a modest way and without affectations. And she had made sure there had been a smooth transition from her government to the next. This approach had gotten respect all over the world. “Thank you, Dr. Merkel”, Scholz said.

He also reiterated his government’s goals in regard to the climate policy and economy. “The new government will purposefully prepare this country for the future”, Scholz stated. “The new government will be a government of progress.” It was necessary to get rid of fossile energy sources within 23 years. Germany was facing the biggest transformation of its economy in 100 years. The 2020s would be years of change and a decade of big investments.