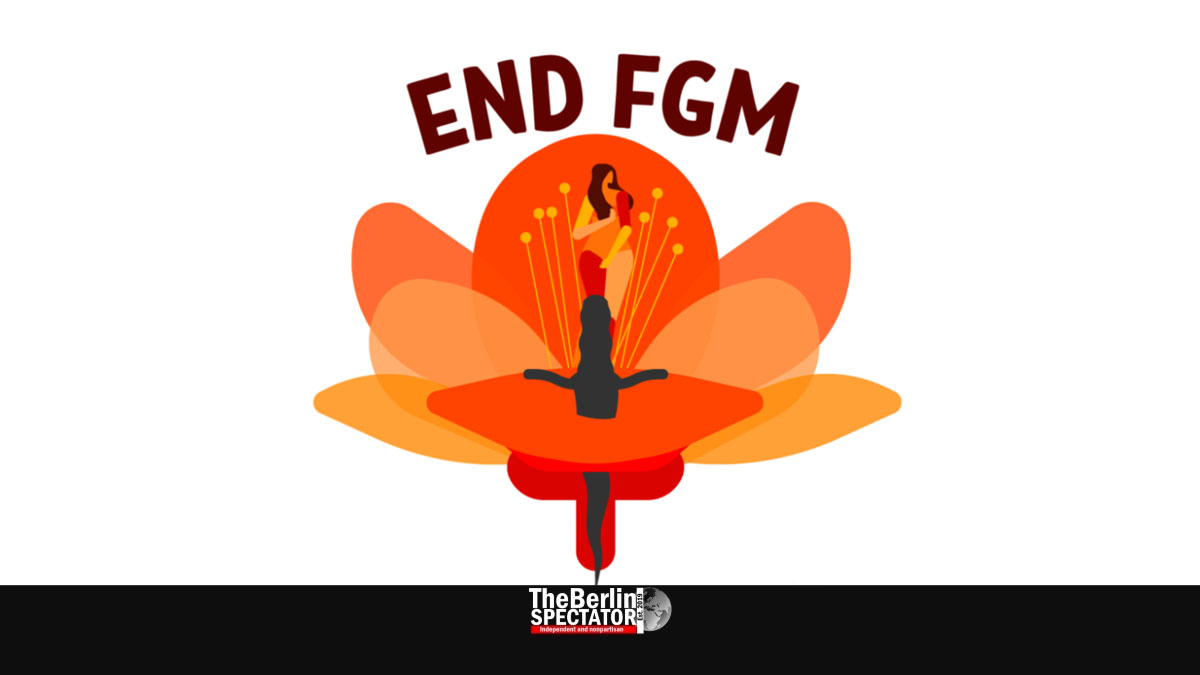 This is the International Day of Zero Tolerance for Female Genital Mutilation, an awareness day initiated by the United Nations in 2003. German officials used the opportunity to demand an end to this practice and promised help to its victims in the Federal Republic.

Berlin, February 6th, 2022 (The Berlin Spectator) — Ahead of the Day of Zero Tolerance, Luise Amtsberg, Germany’s Commissioner for Human Rights Policies and Humanitarian Aid, reminded people of the fact that Female Genital Mutilation (FGM) is a severe violation of human rights which is still wide-spread in many countries. Women and girls were denied their rights to physical integrity, safety and personal freedom, she said.

According to Luise Amtsberg, 200 million girls and women are affected by FGM, including 500,000 in the European Union. Every year, four million girls are threatened by the brutal, inhuman practice. “In Germany, FGM is punishable by law since 2013”, the Commissioner stated. Germany was fighting it “on the European and international level.”

But Mrs. Amtsberg conceded penal sanctions alone could not stop FGM. In affected countries, the population needed to be made aware of the lifelong, severe consequences of Female Genital Mutilation for its victims. She said the Federal Republic of Germany was supporting several human rights projects in southern, eastern and western Africa that were fighting FGM. Germany had promised to support the United Nations’ Trust Fund for the Cessation of Violence Against Women and the Coalition Against Gender-Based Violence with 28.3 million Euro (32.4 million U.S. Dollars or 23.9 million Pounds Sterling).

Berlin’s Senator of Health, Women and Equality, Ulrike Gote, said women and girls who were threatened by FGM or who had become victims of it were not left behind in the city state. At this stage, Berlin was working on implementing the Istanbul Convention. The efforts would result in a plan of action which would help fight FGM on the basis of an overall policy by the Senate.

Ulrike Grote also mentioned Berlin’s ‘Koordinierungsstelle FGM_C’, an organization which helps victims of female genital mutilation and cutting (FGM_C). Since May of 2020, it has been providing psychological, educational and gynecological help to victims. The office is being managed by the NGO Balance e.V. and run by a total of three organizations. Its website can be reached here. The staff speaks foreign languages (foreign from the perspective of Germany).

Last year, the federal government in Berlin issued a writ of protection which is supposed to protect girls living in Germany from FGM in their parents’ countries of origin. With information about the punishability, families are supposed to be prevented from cutting their daughters when they travel abroad.