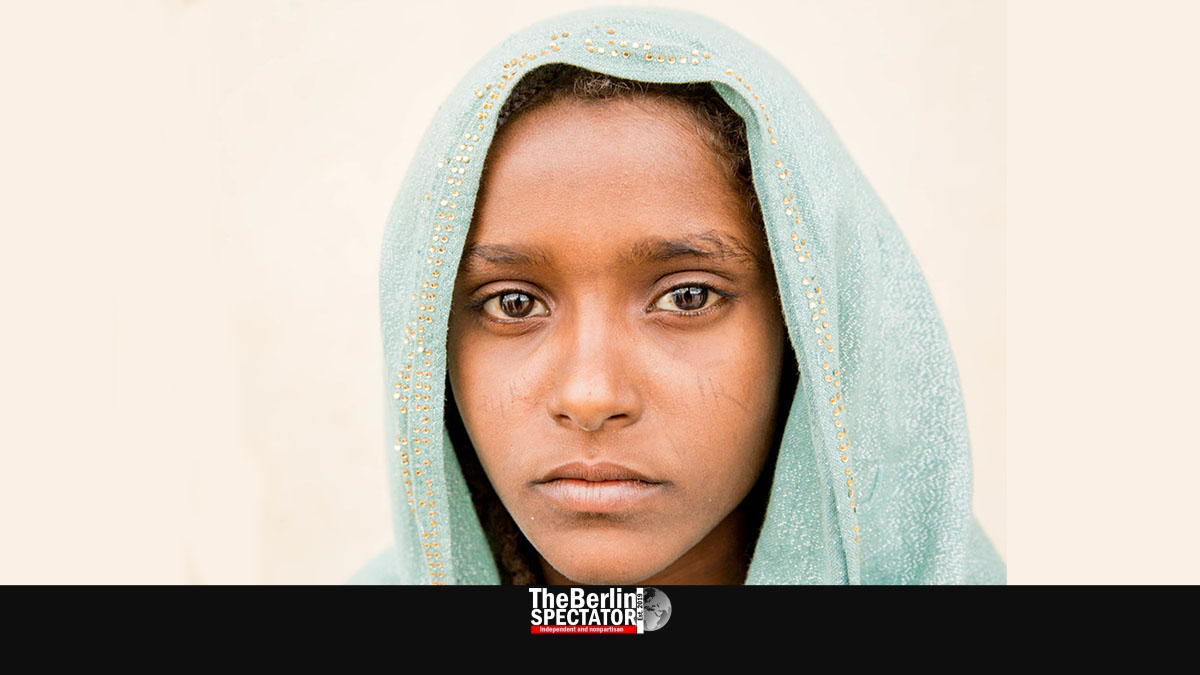 A year ago, the NGO ‘Koordinierungsstelle FGM_C’ in Berlin started providing medical care to victims of female genital mutilation and cutting (FGM_C). Protecting girls and raising awareness are the organization’s other tasks. This NGO is the first of its kind.

Berlin, June 19th, 2021 (The Berlin Spectator) — An important NGO in Berlin is celebrating its first anniversary. Supported by the Senate Administration for Health and Equality, ‘Koordinierungsstelle FGM_C’ is a showcase project. Its job is important and there is no comparable organization in Germany. The NGO is made up of three organizations with expertise in what they call “the very complex subject of female genital mutilation”. They are the family planning center Balance e.V., the Desert Flower Center and Terre des Femmes.

These three organizations provide expertise of different kinds. Balance e.V. coordinates the center and provides psychological and gynecological care as well as sex education. The Desert Flower Center helps girls and women who are victims of FGM_C by offering them extensive medical care. This includes psychological treatment, but also reconstructive surgery.

Terre des Femmes is responsible for prevention and raising awareness. This particular organization trains ‘change agents’. They are women who are part of African and Asian communities in Berlin. They educate girls and women in regard to FGM_C. By doing so, they protect them. The ‘change agents’ serve as multipliers in the sense that their message is supposed to be passed on in families and communities. All of the activity combined makes the ‘Koordinierungsstelle FGM_C’ so important. It offers the full package, namely prevention, counselling and treatment.

Close to a Hundred Women Treated

“It was important to me to bolster the support for women affected and threatened by genital mutilation”, Berlin’s Health Senator Dilek Kalayci stated on the first anniversary. This project offered a lot, she said. It had gotten nationwide attention and the first year had been very successful. According to Dilek Kalayci, the support will continue.

So far, almost 100 women received medical treatment. Many got psychological help. In the Berlin communities, FGM_C was addressed during events and activities that were organized. Hundreds of people took part. On top of it all, professionals got the advanced training they needed. On June 23rd and 24th, 2021, the subject will be discussed at the Conference of Ministers for Equality and Women.

Hundreds of Girls Threatened by FGM in Berlin

For affected persons in Berlin who want to contact the organization: The ‘Koordinierungsstelle FGM_C’ has a website which can be reached here. It is in German only, but the staff definitely speaks foreign languages (foreign from the perspective of Germany). Contact data are included.

Main photo on top of page: Aisha Ousman from Afar Regional State in Ethiopia is a victim of FGM. When this photo was taken in 2017, she was 17. Photo by UNICEF Ethiopia/2017/Mersha (View license)