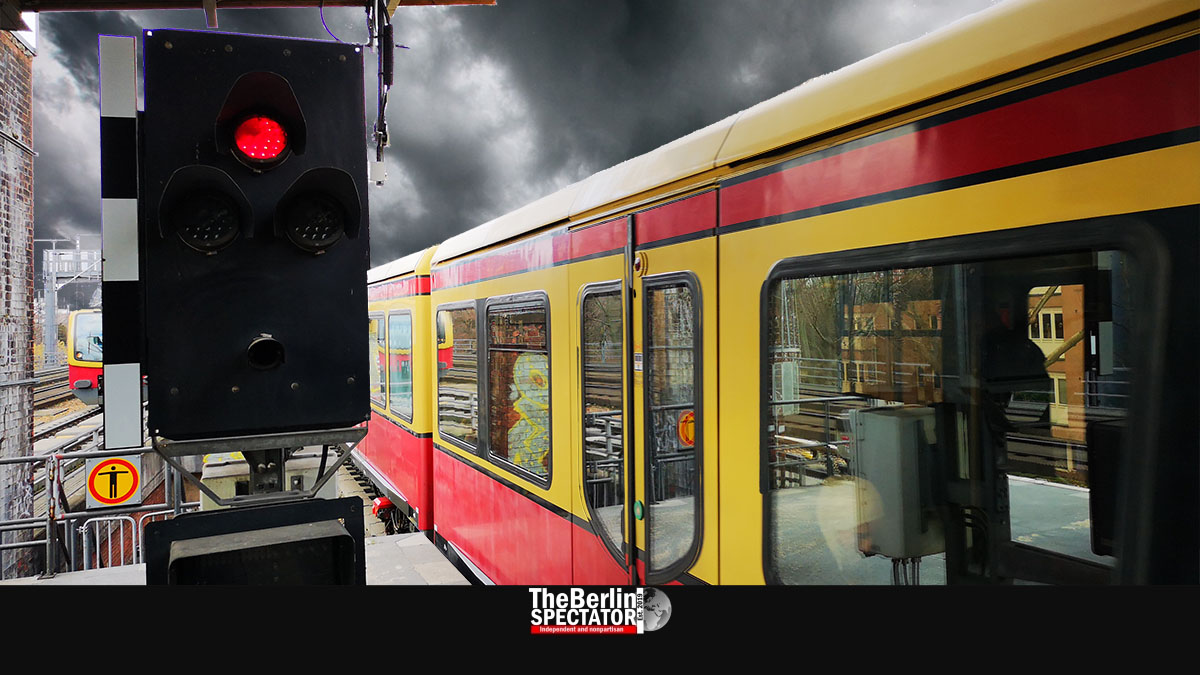 Just as one storm had disappeared, the next one came in last night. While Hamburg was expecting a severe storm surge, all ‘S-Bahn’ trains were stopped in Berlin. Several federal states were affected.

Berlin, February 19th, 2022. Update: 11:16 a.m. CET (The Berlin Spectator) — Yet another severe winter storm battered the northern part of Germany on Saturday in the early morning. For the coast line, the German Weather Service issued a weather warning of the highest level. The authority warned buildings could be damaged and trees would be unrooted. In Hamburg, a storm surge with a water stage of up to 3.75 meters (12 feet) above the normal high tide level was expected, just a day after the last situation of this kind. At 5:30 a.m., the city’s flood gates were closed.

Three people died in storm-related accidents in the past hours. A man in Lower Saxony fell from a roof he wanted to repair. Two persons lost their lives in a weather-related car crash in North Rhine-Westphalia. In Husum, a coastal town in Schleswig-Holstein, wind velocities of up to 154 km/h (96 mph) were measured. In the rest of northern Germany, the storm reached slightly lower speeds.

In Schleswig-Holstein alone, Fire Departments and emergency call centers across the federal state counted 1,200 weather-related operations last night. The Hamburg Fire Department had 550 sorties between 5:00 p.m. on Friday and 4:00 a.m. this morning. Yesterday, Deutsche Bahn shut down operations in northern Germany. At Hamburg’s central station, waiting passengers were invited to warm up in a stationary train.

On its web portal, Deutsche Bahn announced no long-distance trains would be in service “in northern Germany and North Rhine-Westphalia, at least until Saturday in the late morning.” No long-distance trains were moving north of Dortmund, Hanover and Berlin. In several parts of Germany, the company was dealing with damage caused by the storm, and by the last one that hit on Thursday. Regional train connections were affected in both the northwest and the northeast.

At Hamburg Airport, the departures board looked hopeless. Most flights to domestic and Western European destinations were cancelled in the early morning. At BER Airport in Brandenburg, located in Schönefeld, just outside Berlin, aircraft were taking off into the storm. But the capital’s ‘S-Bahn’ train network was shut down temporarily. In the late evening, one train had hit a tree that had fallen on the tracks near Priesterweg. At 11:00 a.m., some trains were moving again. To the Berlin Fire Department, which declared another state of emergency last night, removing it was just one of hundreds of operations since Friday afternoon.

Because the latest storm posed a danger to everyone in Berlin as well, the city’s two zoos will remain closed on Saturday. Since Friday, the Berlin Fire Department counted more than 1,300 operations. Its members mostly had to deal with fallen trees.

Germany: Major Winter Storm Does Damage, Next one Expected Today