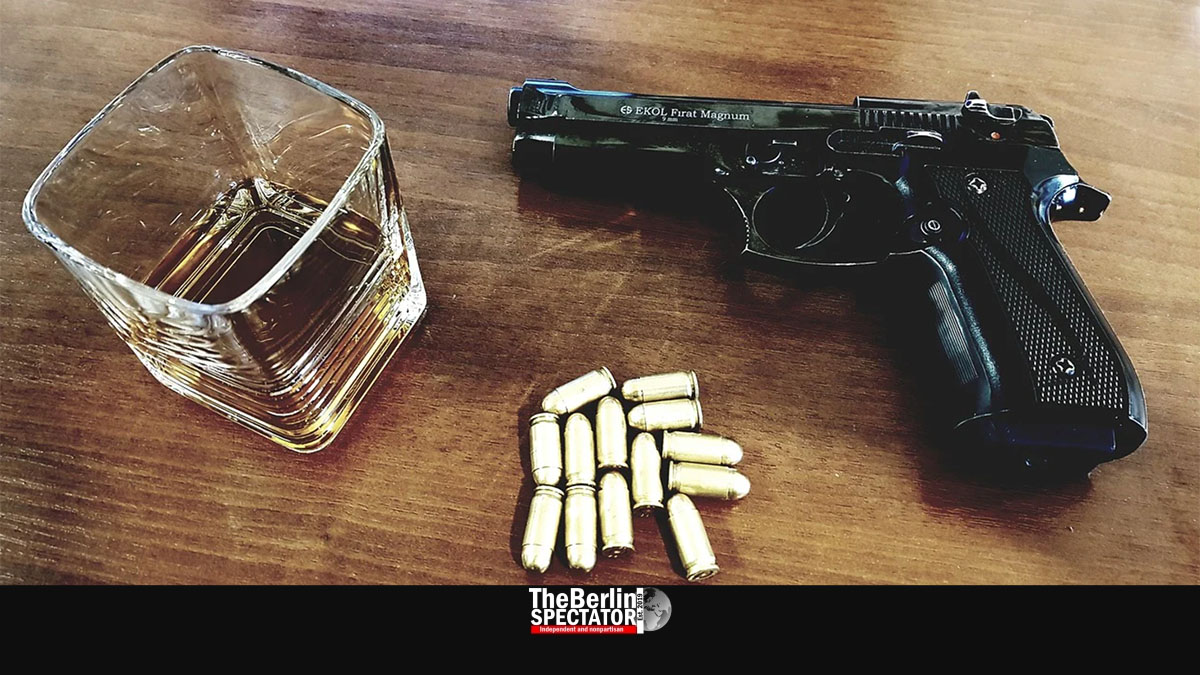 On Tuesday night, the authorities checked five pubs in Berlin’s Schöneberg borough. After the operation, they had a long list of offenses. Violations of the Corona rules were the least of the problems the police registered.

Berlin, February 23rd, 2022 (The Berlin Spectator) — Is Berlin a town of gangsters who sell illegal drugs, illegal guns and offer illegal gambling in illegal pubs? Hopefully not. But this kind of impression is not far-fetched when we consider the latest report the Berlin Police Department just sent out. It reads like a crime novel, except the plot is a bit weak.

On Tuesday, several police officers in precinct 4 teamed up with officials from the district office, the tax authority and the customs in Tempelhof-Schöneberg, a large district in the south of Berlin. They checked three Shisha bars and two other pubs. The result of the operation is nothing less than shocking. First of all, the Corona rules were violated in fourteen cases. This was the more harmless part, which the district office is now dealing with. Several individuals will probably have to pay fines.

In all three Shisha bars, the officers found untaxed tobacco, and in all five establishments they checked the tax authority complained about the cash management. This aspect will likely lead to rather hefty fines the owners might have to cover. One of the Shisha bars should not have been open in the first place, since it had been closed by the authorities last month. So, it was closed and sealed again, along with another bar. No, this is still not the whole story.

In one of the five pubs that were checked and searched, four persons seemed to be part of an illegal poker game. Two of them had white powder on them. Why would they carry washing powder? One of the individuals had a loaded gun, hidden in a sock. Reminder: This did not happen in a saloon in the Wild West, somewhere in Arizona in 1805, but in Berlin, in 2022. But there were even more issues.

An adolescent was present in one of those bars illegally, meaning the owner had failed to check his I.D. or knowingly gave him access, or both. At one of the five establishments, an illegal slot machine was confiscated. Is there more? Yes. At one of the Shisha bars, the carbon monoxide level was too high, which is why all guests were asked to leave. When those levels were still too high a bit later, the bar was closed.

During the police operation, in cooperation with the other authorities mentioned, numerous persons were ID’ed and a long list of legal proceedings were initiated. But questions remain, including this one: When the police check five clubs in Berlin and this many violations are registered, what must be going on at many of the thousands of pubs that were not checked last night?

Germany: International Travel in the Corona Crisis is Supposed to Become Easier