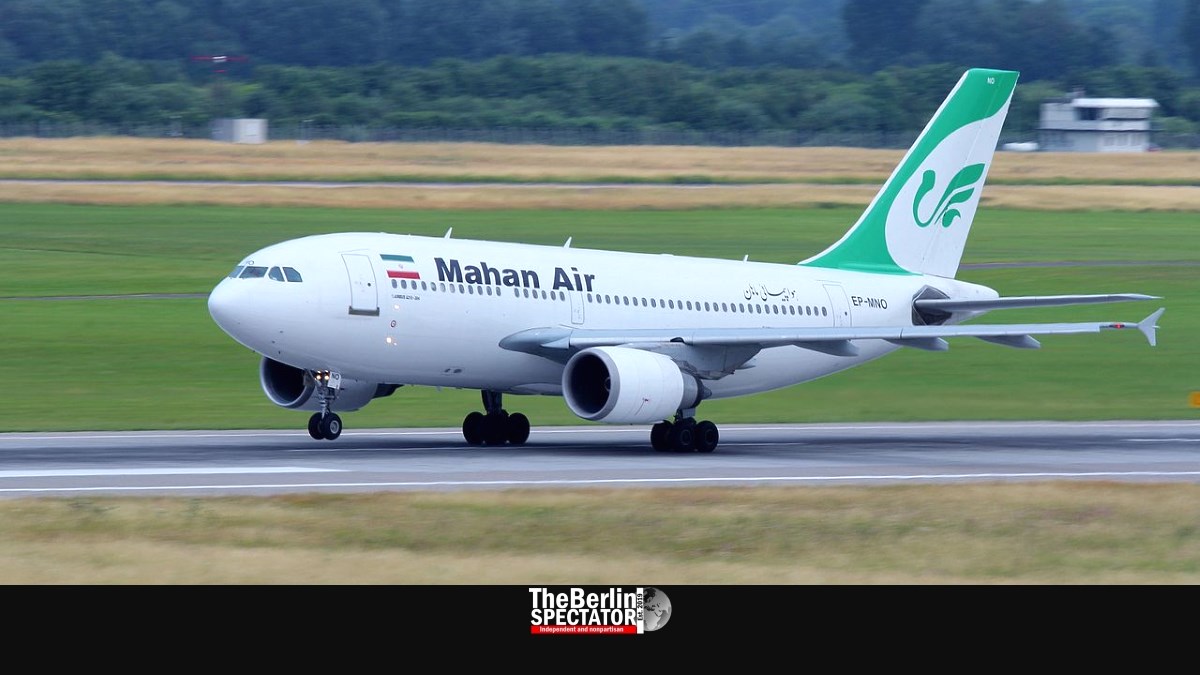 Germany is preparing sanctions against Tehran. According to reports by several German-language media, including two divisions of the nationwide radio and television network ARD, the move will be announced this coming week.

In a reaction to Iran’s espionage activities in Europe, the Berlin government will revoke Mahan Air’s operating license for Germany, the reports say. The Ministry of Foreign Affairs in Berlin refused to comment.

Mahan Air, which has three weekly flights between Düsseldorf and Tehran, as well as one from Munich, is being suspected of having close contacts with the Iranian Revolutionary Guards, and especially the Al-Quds Brigades. The European Union considers the latter a terrorist organization.

The Iranian airline is supposed to have transported members of those brigades to Syria, along with weapons. Washington D.C. even believes the CEO of Mahan Air himself has close contacts to the Al-Quds Brigades. The United States imposed sanctions on the airline in 2011, due to the same suspicions the E.U. seems to be reacting to now, some eight years later. Some German media reports suggest, the U.S. might have put Europe under pressure in this regard.

On Sunday, the Süddeutsche Zeitung daily reported, the Federal Aviation Administration in the city of Braunschweig would cancel Mahan Air’s license for Germany early in the week.

The intelligence authorities in several European Union member states believe the Iranians planned attacks in Europe, and even implemented some of them. In Belgium, a couple was arrested for planning a bomb plot against an exiled Iranian national who lived in Paris.

Another individual from Iran, who was a suspect in the same case, had been arrested in Germany, the media reports say. That man has been extradited to Belgium by now.

In Copenhagen, the Danish government accused the Tehran regime of having organized attacks against exiled Iranians on its turf as well, while the Dutch government voiced similar accusations two weeks ago. The Dutch believe Iranian agents actually murdered an Iranian close to Amsterdam and another one in The Hague.

According to a report by the main ARD news broadcast Tagesschau, agents from Iran were active in Germany too, spying on politicians.

Just days ago, yet another espionage scandal had surfaced. Abdul Hamid S., an individual with dual German and Iranian citizenship, supposedly spied on the Bundeswehr, the German armed forces, and forwarded sensitive information about an operation in Afghanistan to Iran.

While dealing with Iranian espionage and even murders in the European Union, Berlin still supports the so-called Nuclear Deal with Iran, which the U.S. pulled out of late last year. The German government has not publicly commented on Tehran’s latest threats against Israel either.