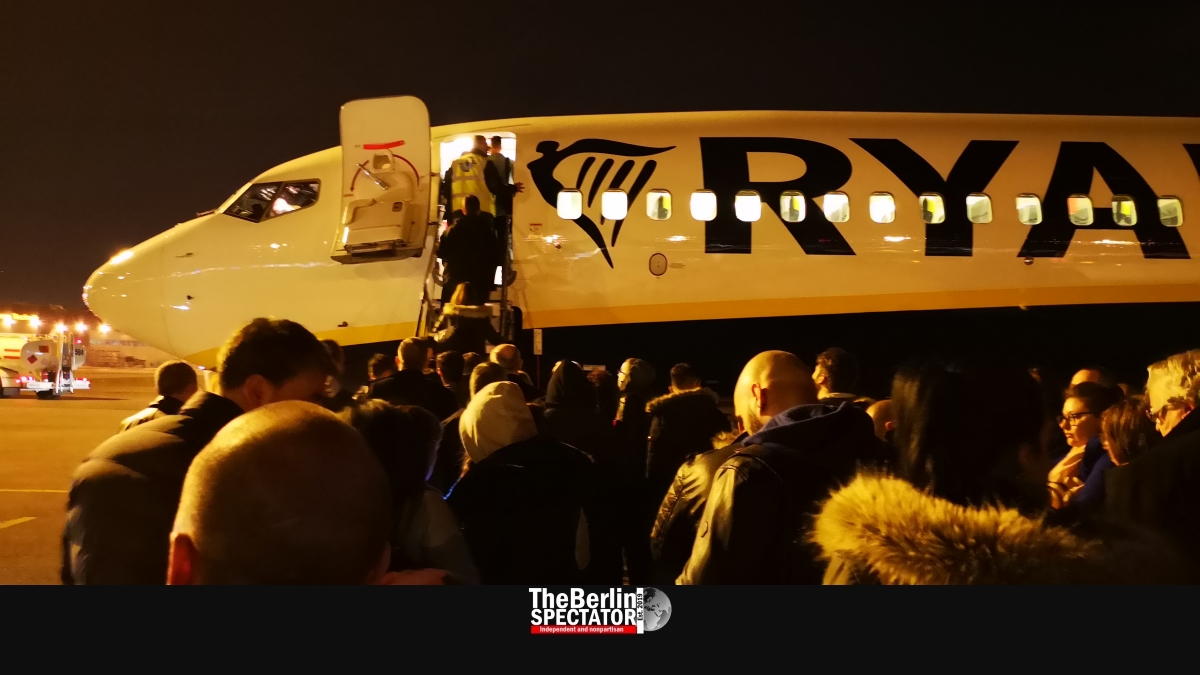 Ryanair will add as many as twelve flight destinations to its Berlin flight plan. This was announced at the ongoing travel trade fair ITB in the German capital (see all articles about tourism and the ITB).

For that purpose, the budget airline will add an additional Boeing 737-800 aircraft to its base at Berlin’s Tegel Airport. Ryanair, the second-largest airline in Europe, right behind Lufthansa Group, is only the number three on the Berlin market, according to data collected in 2017.

The new flights to and from Tel Aviv and Milan will take place daily, the others between twice and four times per week, starting in late October of 2019. According to Ryanair, those new connections can be booked on its Internet portal starting right now.

On top of the new aircraft and the new flights, which will increase the total number of Ryanair’s Berlin connections to 59, the airline said it would improve its service. This is how Ryanair wants to increase the number of passengers it flies to and from Berlin to 5.9 million per year.

Regarding its service, Ryanair says there will be a time window of 48 hours after every booking, during which the latter can be changed without charge. A new function on the Irish budget airline’s portal is supposed to make finding bargain flights easier.

On top of it all, Ryanair wants to speed up its customer service. Under its new guidelines, complaints will supposedly be handled within ten days, while the company’s telephone hotline will be available 24/7, seven days per week. According to the latest announcement, every calling customer will reach a service agent within two minutes.

But Ryanair’s aggressive luggage policy will remain in place. Without extra charges, each passenger is only allowed to bring a small bag which fits under the seat in front of him, or her. Charges apply for a 10-kilo extra bag for the cabin or up to three 20 kilo-suitcases per passenger.