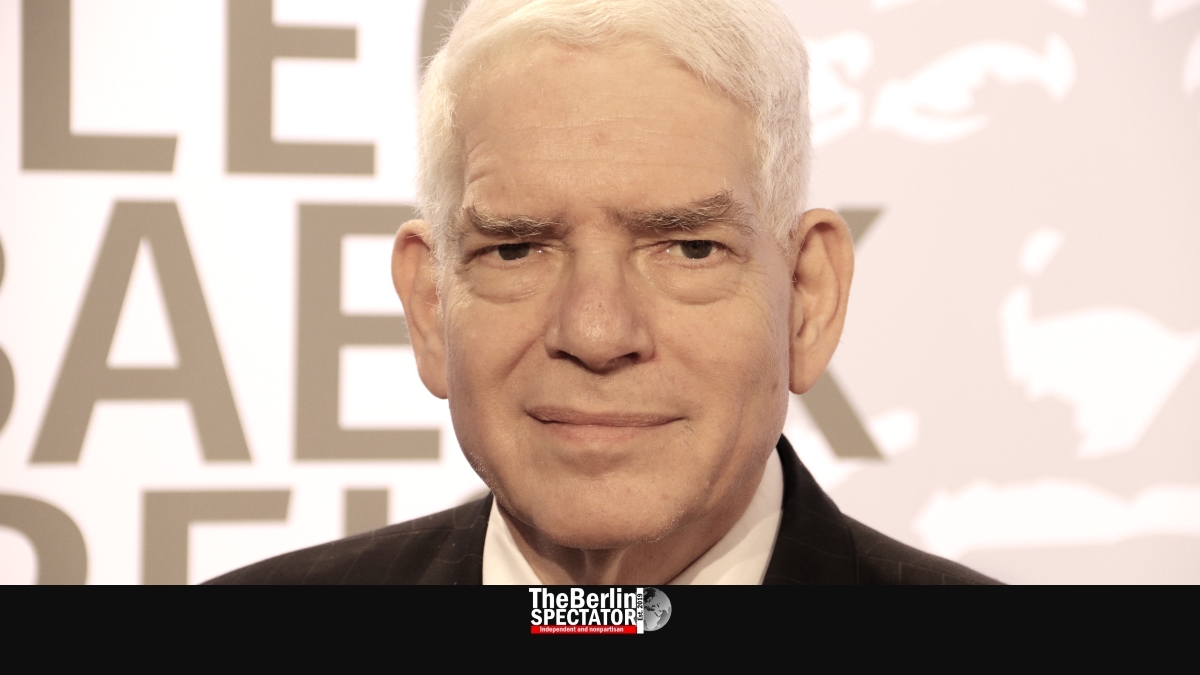 When the Israeli government started criticizing Berlin’s Jewish Museum in December, major German media such as the ‘F.A.Z.’ daily and the ‘ZDF’ TV network came to its director’s defense, saying the exhibition entitled ‘Welcome to Jerusalem’ was indeed balanced, even though Prime Minister Benjamin Netanyahu might not have thought so.

It was not surprising that Netanyahu was displeased with “so much appreciation for the Arabic side”, the ‘F.A.Z.’ commented, ignoring many realities.

Critics say the exhibition had conveyed the impression there was no legitimate place for Jews. Antisemitic PLO posters printed in the 1970s without any comments or evaluation had been part of it.

‘Welcome to Jerusalem’, the exhibition by Berthold Werner, was opened in late 2017 and ended some six weeks ago. Some critics have called it partial, others even “hostile towards Israel” and pro-Palestinian in the sense that it served the Palestinian leadership by making claims which seemed to originate in Ramallah.

But the exhibition is only the tip of the iceberg. In the past years, the Jewish Museum which, according to critics, should be renamed anti-Jewish Museum at its current state, has invited so-called ‘Israel critics’ as speakers who did not hide their hostility towards the only and tiny predominantly Jewish state.

They disputed the existence of the spreading antisemitism in the Muslim world and seemed to be defending the ongoing terrorism against Israelis. People of that kind voice their hatred everywhere. The question whether it is appropriate to give them the opportunity to do so at Berlin’s Jewish Museum is more than legitimate.

Professor Peter Schäfer, the Jewish Museum’s Director whose contract was recently prolonged until 2020, also organized a conference entitled ‘Living with Islamophobia’. Critics say that event had not only been one-sided, but aspects connected to Judaism had been avoided.

He also invited the cultural attaché of the Iranian Embassy in Berlin, a representative of a state which keeps on saying it will “annihilate” Israel. Teheran is also known to finance a lot of the constant terror against Israel.

While the Central Council of Jews of Germany mainly followed the ongoing discussion for quite a while, it felt obliged to intervene now. The council’s President Josef Schuster said calling the museum ‘Jewish’ might not be appropriate anymore.

Just a few days before, the Jewish Museum had retweeted an article published by the daily ‘taz’, entitled ‘240 Academics Against BDS Vote’, in which mostly left-wingers oppose the recent Berlin Bundestag’s move on the subject.

Last month, the German parliament condemned the BDS movement, which seeks to destroy Israel through different kinds of boycotts and keeps on accusing it of Apartheid and “state terror”. “The argumentation pattern of the BDS movement is antisemitic”, a motion approved by the Bundestag reads. After the vote, Israel-haters and other critics felt the inner urge to become part of that ‘taz’ article shared by the Jewish Museum.

Josef Schuster said the incident on Twitter was “disgraceful”. According to him, “enough is enough.” The Jewish Museum was supposed to be a cultural facility, “but it is actually very political when it supports the boycott movement against Israel and when it criticizes the Bundestag for condemning antisemitism.” Schuster made clear the museum’s administration had lost the trust of the Jewish community.

So far, Professor Schäfer’s big defenders ‘F.A.Z.’ and ‘ZDF’ have not commented on the latest scandal. His critics, Jewish and non-Jewish, are hoping he will be replaced now, along with his questionable concept.