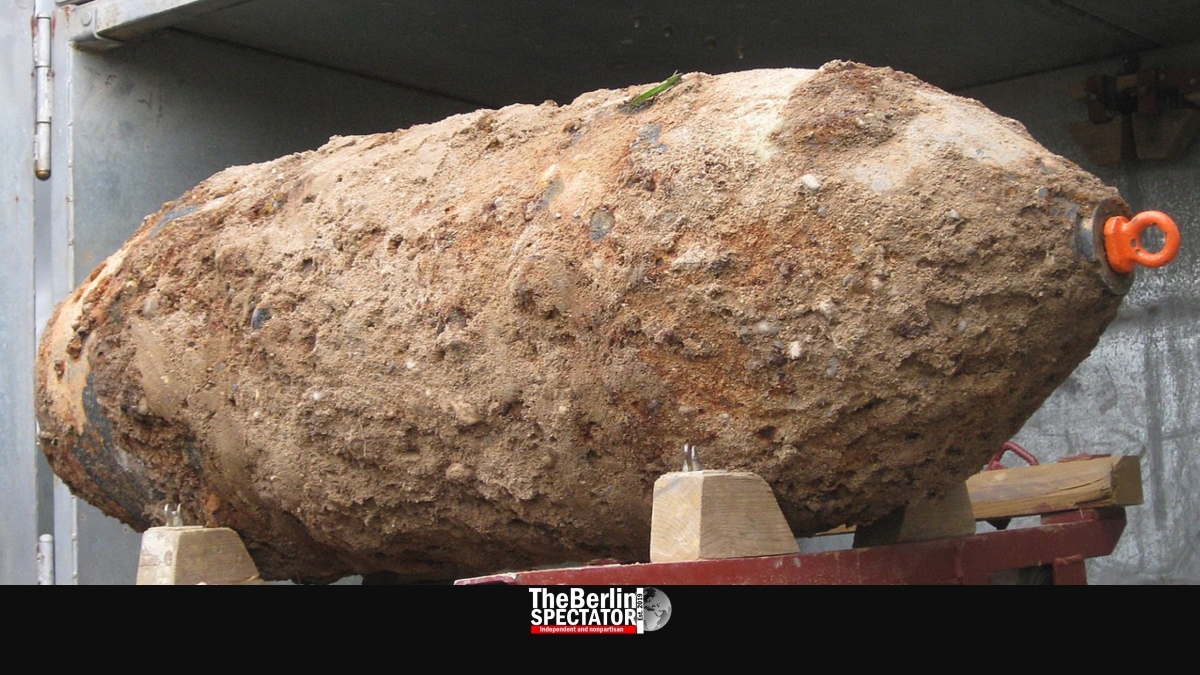 WWII bomb finds in Germany are not uncommon at all, even today, 74 years after Nazi Germany’s unconditional surrender. But finding one right in the center of the largest city, namely Berlin, does not happen everyday.

While digging a huge hole into the ground on Friday afternoon, construction workers found a bomb dropped back then by the Americans. The object was described as an aerial bomb weighing 100 kilos (220 lbs).

The place of discovery could not have been closer to the center of Berlin. It was located at the intersection of Dircksenstrasse and Voltairestrasse, right around the corner from Alexanderplatz. Police cordoned off the entire area, a step which proved to be rather complicated.

More than 3,000 Berliners live in this part of the city. There is a foster home and the Alexa Mall. On top of that, numerous S-Bahn trains operate here, along with long-distance trains.

The administration at the Alexa Mall seems to have opposed any evacuation until late in the evening, after its regular opening hours. But residents were forced to leave their apartments starting at 7:30 p.m. on Friday. All roads in a marked area around the bomb find were blocked.

In addition, police insisted on evacuating the upper part of Berlin’s TV tower, because experts said that parts of the bomb could hit it in case of an uncontrolled explosion. Both the restaurant in the famous ‘tower sphere’ and the observation deck needed to be emptied.

During the evening, the situation around the evacuation zone did not improve, when two car accidents happened right there. Four people sustained injuries and needed to be taken to hospitals. Also, the experts in charge of disarming the bomb ran into technical trouble.

The Berlin Police Directorate ended up marking two areas in red. Those included one evacuation zone and a larger perimeter in which traffic would be banned. Later in the evening, the evacuation zone was extended, which meant that an entire hotel needed to be evacuated as well. Residents and hotels guests were taken to emergency accommodations.

After resolving a technical issue, the experts on site finally deactivated the bomb at around 1.45 a.m. on Saturday, by blowing up the fuse. At that point, police announced residents would be taken back to their apartments. They also thanked everyone involved in the big operation, including the fire brigade and the two main public transport providers BVG and DB.

In the past 74 years, WWII bombs have been found on a regular basis, in all parts of Germany. In early May, one was defused in Thuringia. Just the day before yesterday, two bombs were detected and defused in Brandenburg state.