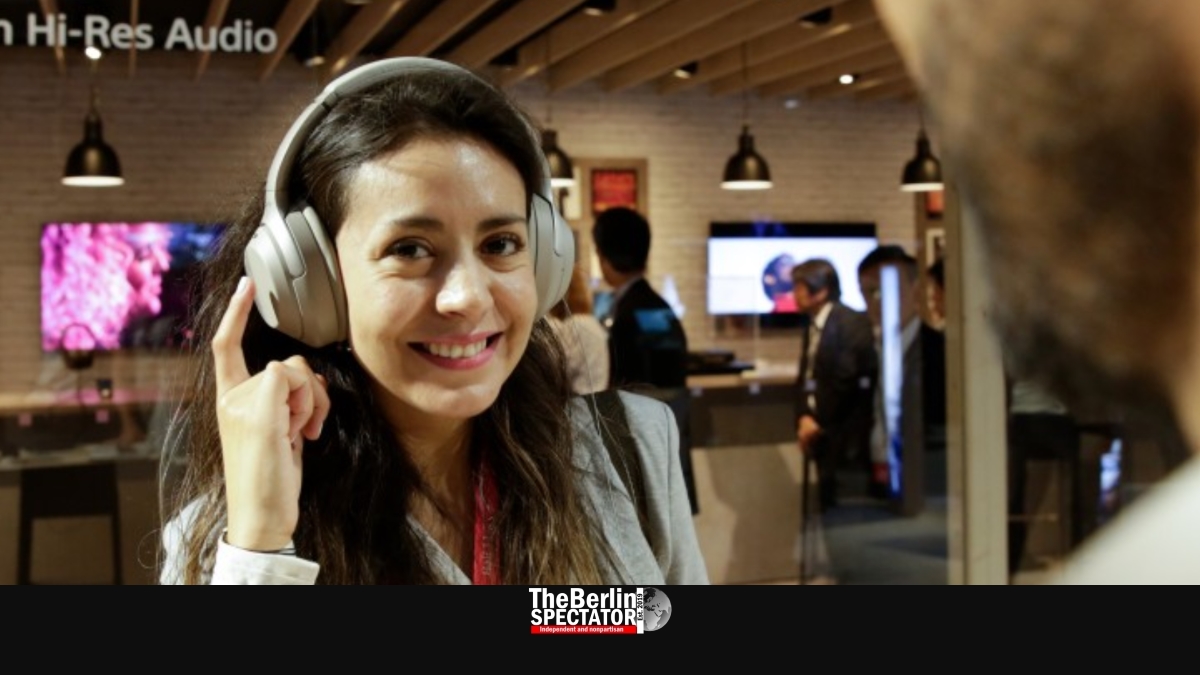 While the computer expo CEBIT in Hanover was dumped for good after last year’s edition, another consumer electronics fair, IFA in Berlin, is still very much alive and kicking. The next edition starts today.

IFA is one of the oldest trade fairs Germany has to offer, but it does showcase the newest products. Gadgets are being presented in Berlin, technical revolutions and useful items which make living in the information age so much easier.

This is 2019. People stare into little boxes with screens. They communicate with people half a world away, instead of with those who are standing right in front of them. These little boxes, the latest so-called smart phones, will be presented at IFA 2019, along with 5G, the most fancy cellular network technology available.

Oh yes, a new standard will need new “little boxes” which can handle the speed and which will make modern communication and entertainment a “whole new experience”, of course.

How about flexible screens? Manufacturers from all over the world, including some of the biggest ones, will be presenting them too, when those doors open at ‘Messe Berlin’ fair halls. Another newbie called ‘360 Degree Sound’ may sound like nonsense to some, until they hear it themselves, at IFA.

Artificial intelligence is already part of many of our gadgets. The fair will show the latest trends in this regard as well. And how about wireless music streaming from vinyl? Seriously, IFA announced a technical innovation of this kind too.

In short: IFA will have it all. The future is finally here. So are the perfect Christmas or Hanukkah gifts for gadget lovers. Yes, those will cost money, but most consumer electronics showcased in Berlin, once IFA kicks off on September 6th, 2019, will be worth it. Amen.

IFA even predates the Federal Republic of Germany. In the Weimar Republic, the first edition began on December 4th, 1924. Headphones were the cool new invention they presented back then, 95 years ago. Yes, it was suddenly possible to listen to opera plays, even when the spouse hated that kind of terrible shrieking. They also introduced radio sets. Holy cow!

The latter became important to the Nazis too. When the last pre-war fair took place in 1939, Goebbels himself came along to make sure the ‘Volksempfänger’ (‘people’s receiver’) was ready to transmit dictator Hitler’s hate speech to the masses. His regime was also keen on spreading its propaganda via television, but hardly anyone had a TV set at the time.

From 1950 to 1971, the IFA predecessor, which had a slightly different name, took place in Dusseldorf, Frankfurt, Stuttgart and in Berlin. It switched back and forth. During those two decades stunning inventions were introduced, including color television.

Video Recorders and other Sensational Items

Then, in the 1970s, when the fair was back in West Berlin for good, the greatest invention since the wheel, called the ‘video recorder’ was presented at IFA. Nobody ever learned to program it, but all those Hitchcock marathons were priceless.

During the next decade, something called Compact Disc became the star of the show, along with satellite TV tuners and DAT recorders for professionals, including radio people.

Manufacturers also introduced systems which became flops, such as Beta video recorders, and standards which did not really work. The DVB-T system was too weak to carry TV signals through walls. Only recently, it was shut down and replaced by the DAB+.

While IFA used to take place every two years, it switched to annual trade fairs in 2005. This may have to do with the fact that in the information age tech manufacturers outperform each other with new inventions every five minutes. It is hard to keep track.

IFA attracts both dealers and consumers. Last year, in 2018, there were 1814 exhibitors and as many as 245,000 visitors. The organizers are hoping to exceed that number in September of 2019.

IFA’s website can be accessed here. The fair will take place from September 5th to 11th, 2019.