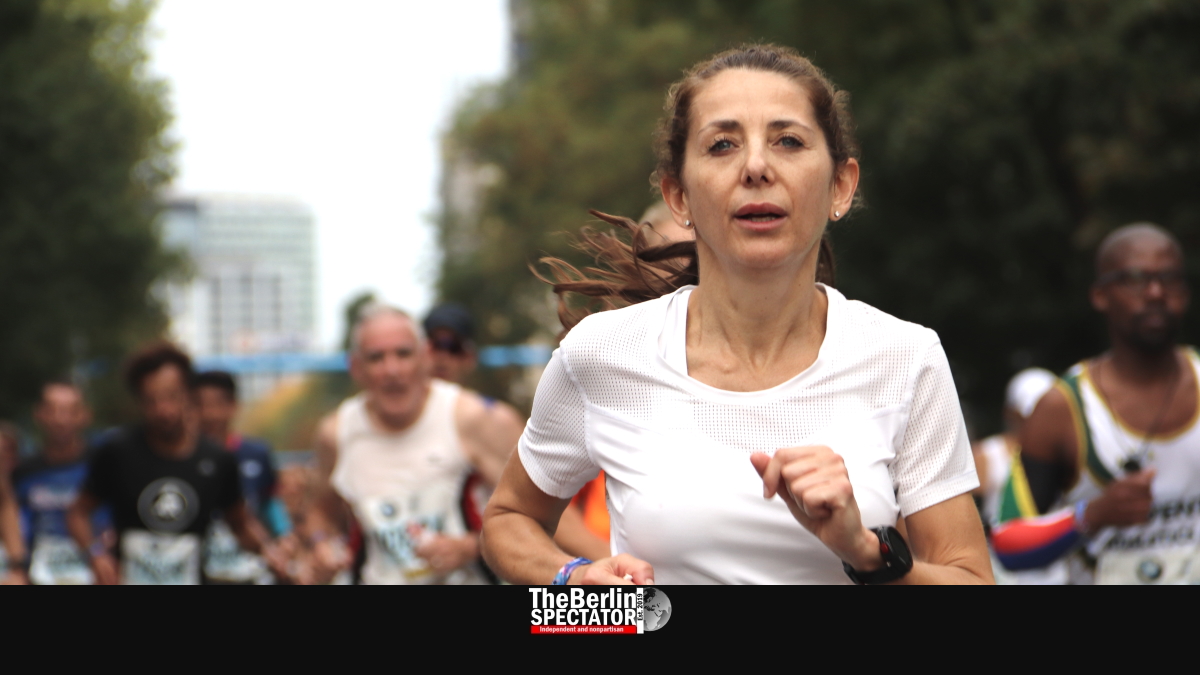 The Ethiopian runner Kenenisa Bekele won the Berlin Marathon on Sunday. He covered the 42 kilometers (26 miles) in 2:01:41 hours. Had he been only two seconds faster, he would have broken the world record.

The weather was not ideal when Kenenisa Bekele won the Berlin Marathon today. Without the drizzle, he probably would have been more than two seconds faster, which would have meant a new world record. Last year, Eliud Kipchoge covered the big race in the German capital in 2:01:39 hours.

Eighteen minutes after Bekele, the first woman came in. She was none other than Ashete Bekere who is from Ethiopia as well. The professional managed to finish the Marathon in impressive 2:20:41 hours.

While the fastest runners crossed the finishing line, there was still a whole lot going on along the way through the city. Spectators cheered when participants from their home countries came along. A family from Bordeaux had come all the way from southern France to support one of theirs and hold the Tricolor flag.

At ‘Kottbusser’ Tor, a big intersection usually known for drunkards, pickpockets and homeless people who spend their nights there, in their sleeping bags under a bridge, a Turkish band played an adapted version of Eric Clapton’s ‘I Shot the Sheriff’ in their native language. When they ran out of material, they played that same tune again a few times in a row.

A bunch of drunk individuals with beer and rum bottles in their hands came out of the ‘U-Bahn’ station they usually stay in, making sure they would not miss the show. ‘Kottbusser Tor’ was a good spot because from here, the Marathon runners could be spotted long before they would make their right turn into ‘Kottbusser Damm’.

The stars of the day were the handicapped racers on their vehicles which resembled bicycles, other sports gurus on bikes and exactly 46,983 main Marathon runners. In some cases one did not have to be a rocket scientist to tell where individual participants came from.

One of the Mexican runners in the field actually wore a huge sombrero which must have slowed him down. Some Chinese women and men in red t-shirts with yellow stars seemed to be among the fastest. From the beginning it was obvious that Marathon professionals from several African countries would win. Some of them were right behind the safety car at kilometer 15.

An hour into the Berlin Marathon, the city cleaning department complained that most participants had thrown thousands of water cups on the street. They were supposed to leave them in special recycling containers along the way, in order to practice sustainability. But in most cases, speed had a higher priority than environmentalism.

Just like the runners, many musicians had to prove stamina today. Countless bands were scattered all over the route. At ‘Kottbusser Damm’, a Samba group did excellent drumming which seemed to motivate participants. At some point, the street became too narrow for hundreds of runners who raced by at the same moment.

Because of the big event, half the city was blocked for traffic. For residents who live within the Marathon route, it was hard to get out of there. For Berliners from other boroughs, getting into the city center was a mission impossible only Ethan Hunt could have completed, had he chosen to accept it.