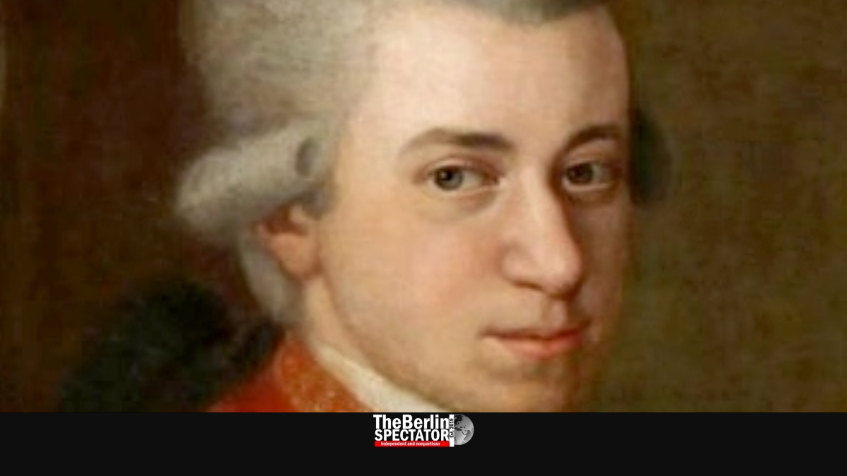 Berlin, Hamburg and Dresden are in for impressive performances of Mozart’s ‘Requiem’, the last piece he ever wrote. A famous orchestra, a choir and the appropriate venues will make those evenings more than special.

In the spring of 1789, Wolfgang Amadeus Mozart, took a big trip. Apart from Dresden and Leipzig, he visited Berlin. The composer from Vienna arrived in Potsdam on April 23rd, where he was supposed to play for Friedrich Wilhelm of Prussia. But the King had not arrived yet. Mozart was disappointed, according to historic documents.

A month later, on May 19th, 1789, Mozart arrived in Berlin, where he played for the King and Queen on May 26th. Now, some 230 years later, he will be back, in the shape of his ‘Requiem’. Not that his work wasn’t played in Berlin before, but this last sentence just needed to be included in this Pulitzer Prize-worthy intro (just kidding).

Mozart’s ‘Requiem’ will be performed at Berlin’s Apostle Paul Church by the stunning New Philharmonic Orchestra from Hamburg and the Karl Foster choir in November. The same concert will take place in Kiel and Dresden as well (see details below).

The ‘Requiem’ was Wolfgang Amadeus Mozart’s last composition. He actually finished only two thirds of it before he died. His widow Constanze Mozart commissioned two of her husband’s students, Joseph Eybler and Franz Xaver Süßmayr, to complete it. They were successful, as the ‘Requiem’ has been one of the most popular church music compositions for 200 years now.

This piece of work sounds majestic. Its sonority is second to none. The entire combination of this exceptional compositions, a usually large church or cathedral as the venue, a big orchestra and a choir make performances of the ‘Requiem’ a lasting experience.

Volker Hedtfeld, the conductor of the evening, is not a novice. As a child, he learned how to play the piano, the organ and the violin. He studied music in Cologne, before changing to special conducting studies. In Berlin, he later specialized on conducting both orchestras and choirs. Hedtfeld founded the Opus Vocale choir some 17 years ago.

Hamburg’s New Philharmonic Orchestra was founded by freelance musicians in 2003. At home in Hamburg, it usually performs at the ‘Laeiszhalle’ venue, but its members perform all over northern Germany all the time. They have also toured within Europe, in China and Korea.

Tickets for the special Mozart concert in Berlin, which is scheduled for November 24th, 2019, at Apostle Paul Church are available here for 42.25 Euro (46.30 Dollars or 37.60 Pounds Sterling). For the Kiel concert on November 10th, tickets are being sold here. Finally, the Dresden concert at the impressive ‘Frauenkirche’ will take place on November 16th.