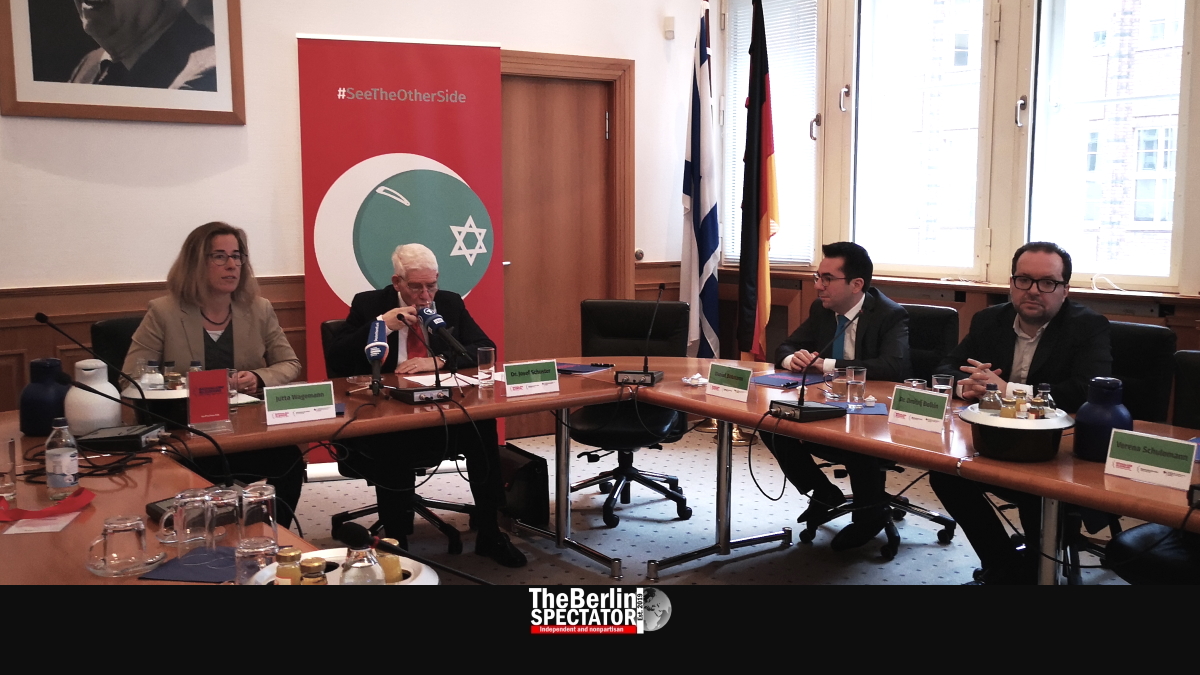 For half a year, the Central Council of Jews in Germany has been running ‘Schalom Aleikum’, a dialog project for Jews and Muslims aimed at decreasing prejudice and reservations. Now the organization is extending it.

Josef Schuster, the President of the Central Council of Jews in Germany, told reporters today, there was prejudice both among Jews and Muslims. While Jews tended to believe all Muslims disliked them, many Muslims believed Jews were the worst of all beings in the world. He announced, the Council intended to extend its dialogue project ‘Schalom Aleikum’ in order to lessen prejudice.

The project idea was taken to the Central Council by Annette Widmann-Mauz, the German government’s Coordinator for Migration, Refugees and Integration. At the Council, it was developed and implemented. Since ‘Schalom Aleikum’ was started, the program has brought together Jews and Muslims with similar interests.

At first, startup founders of both confessions met. The second event was for Jewish and Muslim families, the third one for women. Recently, elderly members of both religions met in Osnabrück. More dialogue events are coming up. Schuster said, the participants of the discussions were “multipliers” who carried the outcome of their discussions to their families and friends.

According to Josef Schuster, the Central Council of Jews in Germany intends to extend the project by two years. The organization believes a lot more time is necessary to deepen the new contacts between Jews and Muslims. So far, 400 participants took part in seven events organized in five cities. This year, the Integration Coordinator allocated 1.2 million Euro (1.3 million Dollars or 1 million Pounds Sterling) for ‘Schalom Aleikum’.

Schuster told journalists this morning, it was very important that the dialogue between the two confessions was not limited to functionaries who tended to follow politically correct approaches anyway. This program was about “regular people” discussing things.

The Central Council of Jews represents 105 Jewish congregations in Germany with a total of 100,000 members. It was founded in 1950, five years after Nazi Germany’s unconditional surrender. Josef Schuster has been president since 2014.

In the meantime, Felix Klein, Germany’s Coordinator Against Antisemitism, has demanded more efforts to curb the rising antisemitism. The threat posed by this kind of hatred could not be denied anymore, he said in Berlin today. New strategies were necessary to fight antisemitism.

Klein said prevention programs at schools and education for teachers were necessary. School books should not introduce Jews as persecuted victims in Nazi Germany only, Klein stressed. Students should be taught about the accomplishments of German Jews too, in culture and politics.

Tesla to Erect ‘Gigafactory’ in Vicinity of Berlin