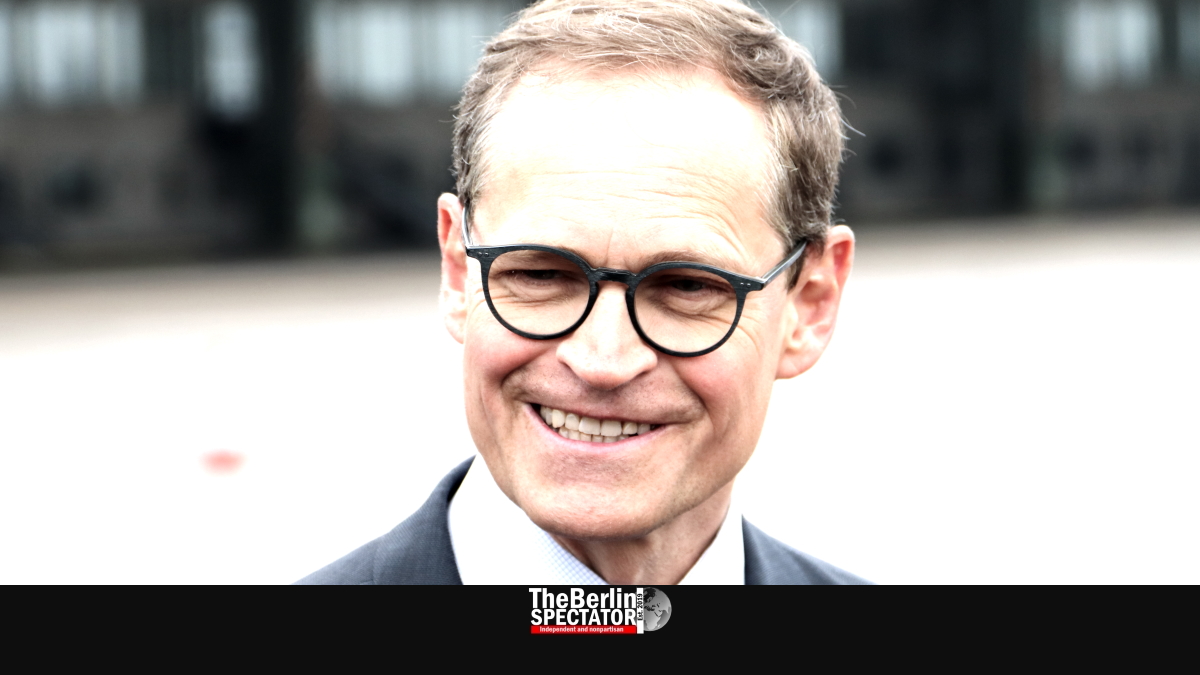 The Governing Mayor of Berlin, Michael Müller, appreciates the Californian electric car maker Tesla’s decision to build a big factory in Grünheide, near the city’s new BER Airport, by 2021. It will supposedly create 10,000 jobs. A statement read, the Berlin metropolitan area offered just the right setting because of its “dynamic research environment”.

Müller, who is also Science Senator, said with Tesla, another global company had taken a decision for the Berlin area as its location for a development and production center. “Our investment in science and research brings Berlin a new golden age”, Müller said. He called Tesla’s decision for the region “magnificent”.

The decision was evidence for the “enormous attractiveness” of Berlin as a business and innovation location. The latter had become a “magnet for big companies.” After Siemens “the next large project for the industry of the future” was coming in now. Müller also mentioned Amazon, Google and SAP, which were connected to the Berlin metropolitan area as well.

“We are benefiting from the thousands of skilled employees and talents from all over the world who are being attracted and educated by our universities, as well as from the innovation power of our scientific facilities”, Müller stated. “Therefore we will develop that area further and persistently continue investing.”

On Tuesday night, Tesla’s CEO Elon Musk had announced his company’s plans to build a factory just outside Berlin, relatively close to BER Airport. The latter was supposed to be inaugurated seven years ago. According to the latest information available, it will open in October of 2020.

At its German ‘Megafactory’, Tesla intends to manufacture batteries and its Model 3, a mid-size sedan which is more affordable than the big Model S or the SUV Model X. A new, smaller SUV called Model Y will reportedly be built at the Brandenburg location as well.

Since Tesla revolutionized the electric car market some five years ago, German, French and Japanese car manufacturers have followed suit. Tesla’s market share in Germany has recently decreased. A new factory on site might give the company the boost it needs in Europe.