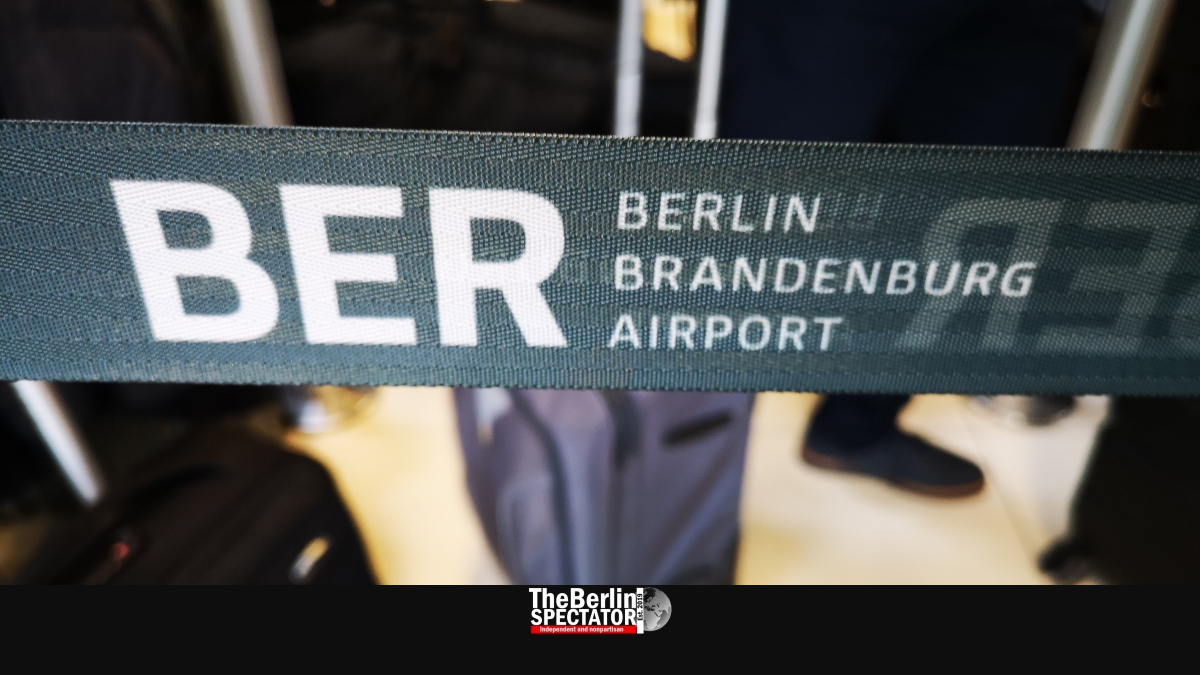 In Berlin, BER Airport was supposed to be inaugurated in 2011. Now, eight years later, a date for the announcement of an opening date was announced. This would have sounded very credible, had there not been a long history of screw-ups and delays.

When you have a reunified capital with three airports and an increasing number of flights, what do you do? Let’s use Berlin as an example. The German capital was in this kind of situation. It decided to build a big new airport, in order to replace the old ones and have it all in one place. That genius idea convinced almost everyone.

The Germans are good at planning projects, financing and implementing them. At least that is what everyone thought until 2011. So they started. The new ‘Berlin Brandenburg Airport’ was already the pride of the country before they had even started building it. So it got the name of one of Germany’s most interesting chancellors: Willy Brandt.

Washington D.C. has ‘Ronald Reagan Washington National Airport’, meaning it has an airport with the names of two presidents. To the Germans, one chancellor for one airport was enough. But the project still does have two names: ‘Willy Brandt Airport’ and ‘Berlin Brandenburg Airport’ or ‘BER Airport’. BER is this airport’s IATA logogram.

The Egyptians built the pyramids. So did the Mayas. The Chinese can build entire cities within a day. And all the Germans were supposed to build was an airport? Yes. And they failed? Well, yes. Isn’t this screw-up pretty embarrassing? Absolutely.

So, what in the hell was the problem? Apart from the fact that the projected price tag tripled rather quickly, Germany’s Technical Control Board was not happy with the fire safety systems and the way hundreds of kilometers of cables were installed. There used to be hundreds of flaws, many of which are still being checked as we speak.

Now, after eight years during which hardly anyone believed it would ever happen, there is a glimmer of hope. During a hearing at the Berlin House of Representatives, Engelbert Lütke Daldrup, the CEO of ‘BER Airport’, announced a date for the announcement of an opening date. The German-language ‘Morgenpost’ daily reported it first.

At the end of November, during a supervisory board meeting, an actual inauguration date will supposedly be announced. But, two months before that meeting, Lütke Daldrup already said when he expects ‘Berlin Brandenburg Airport’ to open, namely in October of 2020. This would mean that the inauguration will be only nine years late, if the announcement turns out to be viable this time.

Lütke Daldrup said the Technical Control Board was in the process of conducting 250 tests, 220 of which had already been successful. This was about establishing how the airport’s technical systems interact. So far there had not been any big issues.

In early 2020, the completion of the airport will be officially reported to the building control authority, provided everything happens according to plan. The Germans would not be the Germans if they did not waste centuries checking things from all angles. But still, the CEO seems to be confident it will happen. According to Lütke Daldrup, quoted by the ‘Morgenpost’, as many as 20,000 bit-part players will be hired in winter. They are supposed to simulate regular operations at ‘BER Airport’.

If and when it actually happens, Berlin will have four airports. Tempelhof was closed and converted into some kind of a giant dog walking park in 2008. Tegel will be converted as well once the airlines have moved all of their stuff, including the last paperclip, to BER. It is supposed to accommodate a college and businesses. Most of Schönefeld Airport will be moving too, to its neighboring premises.

Sure, there will still be issues to resolve. The government seems to have retracted its wish for a government terminal at BER and will have to see where it flies from. A bigger problem is the fact that the new airport might already be too small, even before it was inaugurated. Something will have to happen.

The most important word in this article is “if”. Let’s remember that. Next time the flight attendant tells us to remain seated and strapped until the captain has switched off the bloody seat belt sign, we will probably still be in Tegel or Schönefeld.