Berlin: Doctors Overworked and Under Pressure 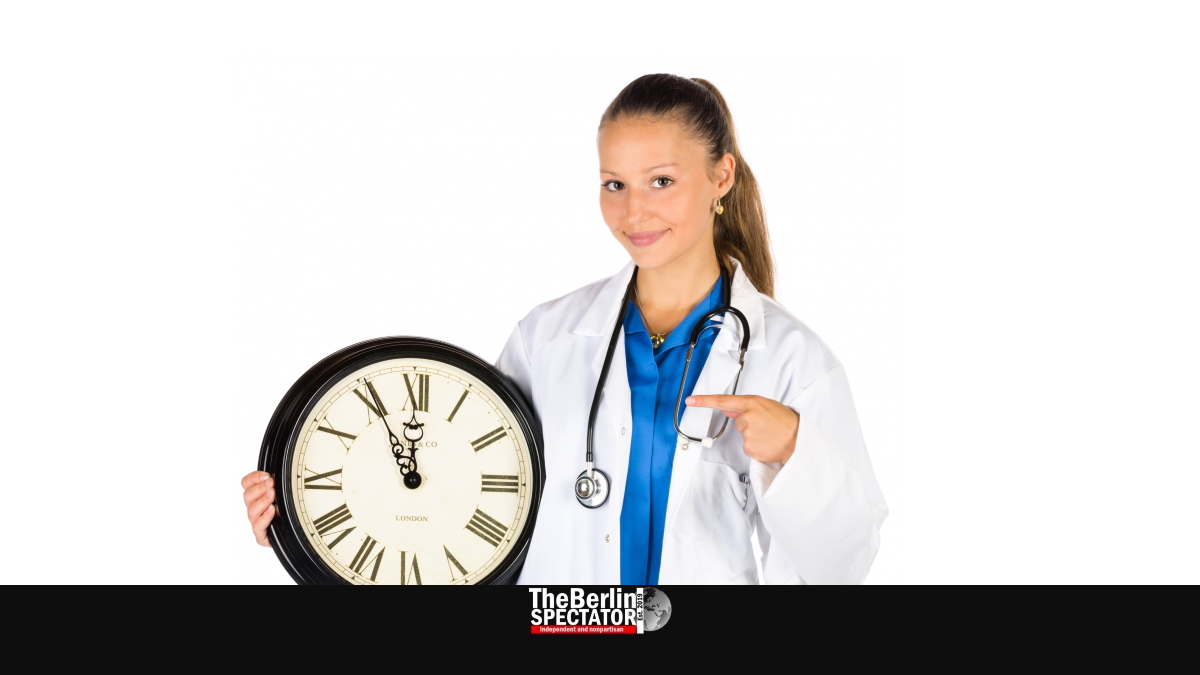 A poll among doctors in Berlin shows that many of them are under pressure for several reasons. The quality of the medical treatment they provide might suffer due to their work conditions.

One of the problems is that a majority of all doctors in Berlin is under time pressure. Thirty-five percent of all respondents said they were “constantly under time pressure”, 33.9 percent told the pollsters they experienced that kind of issue several times per day. Especially at university clinics, time pressure is a regular issue among doctors.

A patient about his experience at a Berlin university clinic in the spring of 2019: “When I came in, I noticed the building was an old and ugly bunker, but I was convinced doctors here would be good. This is Germany, right? Also I was sure they were going to be sympathetic with my syringe phobia and friendly. But the moment the first doctor came in to check me it became obvious the opposite was the case. Not only did she not greet me back, but showed me she did not want me there while bullying the nurses too. This doctor was so arrogant and her behavior was simply unacceptable. Most other doctors who treated me during my two-day stay, before and after surgery, were a bit more friendly than her, but seemed to lack empathy. When I told them that what they were doing hurt me, they became angry. Back then I came to the conclusion the obvious empathy deficit disorder among those doctors at this Berlin clinic probably had to do with the pressure they are under all the time. They would probably need far more colleagues to lower their work load.”

The poll by ‘Marburger Bund’ also shows many doctors, especially those working at university hospitals, have issues with the procedures at work. Almost 30 percent of respondents said the way thing were organized at work lead to problems on a regular basis and agreements were not complied with.

There is yet another problem, namely uncertainty at worked caused by a lack of information available, unclear guidelines and little experience among resident doctors. One in three doctors in Berlin and Brandenburg experiences uncertainty several times a week or on a daily basis.

On top of it all, work conditions and guidelines lead to frustration among doctors. More than 50 percent of all doctors say they can not treat their patients according to their own standards on a daily basis.

On a more positive note, doctors in and around Berlin tend to feel they have many options regarding further education. And the way mistakes are being dealt with at their hospitals or medical practices is mostly “constructive”.

The results of the study can be accessed here (German only).