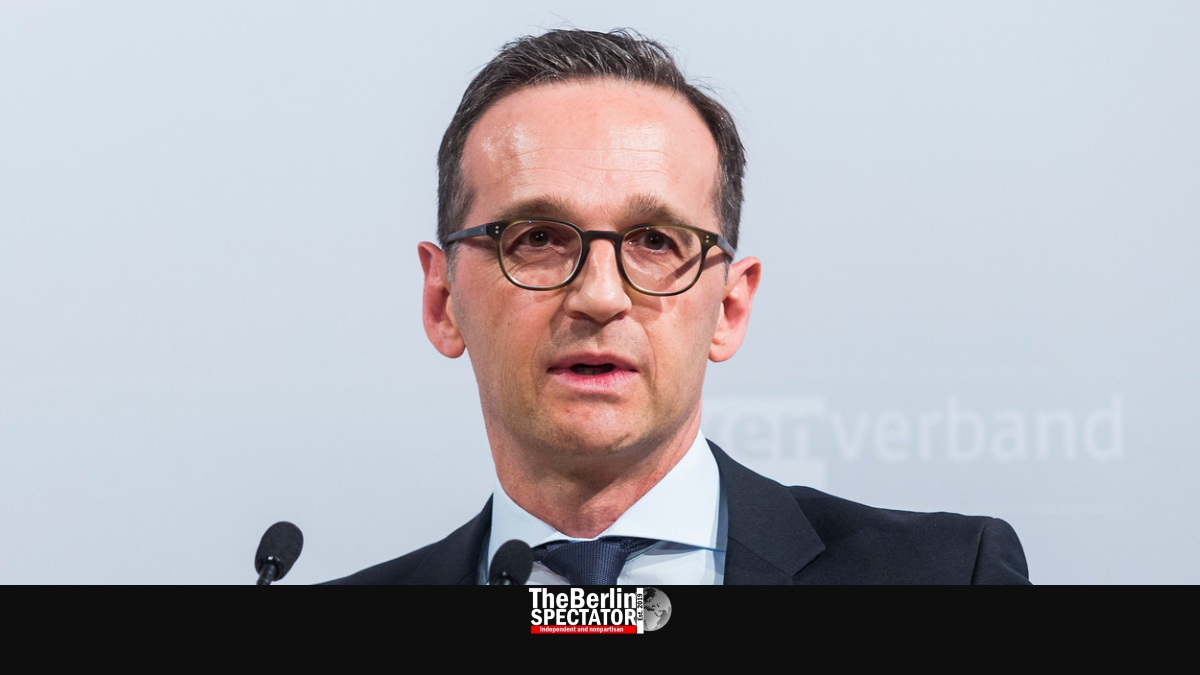 Berlin just reacted to the latest Iranian strike on U.S. Forces in Iraq. “We condemn the Iranian missile attack on American military bases”, Foreign Minister Heiko Maas said, adding that other forces of the coalition against ISIS were deployed there as well.

Diplomacy on all Channels

“We are calling on Iran to refrain from taking any steps that could lead to an escalation”, Maas stressed in a statement. He said Germany had been in contact with “all sides”, in order to work on improving the situation and calming things down. Everyone needed to exercise restraint.

Defense Minister Annegret Kramp-Karrenbauer said, the German government firmly rejected “this aggression”. In an early morning TV interview she stated everything needed to be done to ease the tensions. In this regard, Berlin would use “all possibilities” it had, “on all channels.” She said especially Iran should refrain from escalating the situation.

Kramp-Karrenbauer confirmed that no German soldiers had be injured in the Iranian missile attack on U.S. military bases. She said the Berlin government had been in contact with the Pentagon all night long. Key Berlin Bundestag MPs had been informed this morning. Germany now wanted the 13 members of the international coalition to get together, as soon as possible, in order to discuss the situation.

In the meantime, at least three German citizens seem to have died in the plane crash which occurred in Teheran this morning. The Boeing 737-800 owned by Ukraine International Airlines fell from the sky shortly after taking off. All people aboard were killed. It is unclear whether the crash is connected to the hostilities between Iran and the United States. The total number of victims is 176, according to media reports in several countries.

As a precautionary measure, the German flag carrier Lufthansa cancelled two flights at first, one to Iran and one to Iraq. The first one was scheduled to leave towards Teheran today, the other one is Saturday’s regular flight to Erbil in Iraq. Later on Wednesday, Lufthansa announced the regular daily flights to Teheran were back on, only to reinstate the cancellation of flights to Iran again in Friday, January 10th. The company’s flights towards Asia will bypass both the Iranian and the Iraqi airspace, for safety reasons.

In Berlin, Richard Grenell, the U.S. Ambassador to Germany, said President Trump had said from the start that America did not want to go to war. “We are doing everything to protect our troops and diplomats”, Grenell stressed in an interview with the ‘Bild’ daily’s video broadcast. Trump wanted a diplomatic solution of the conflict. It was up to the Iranians.