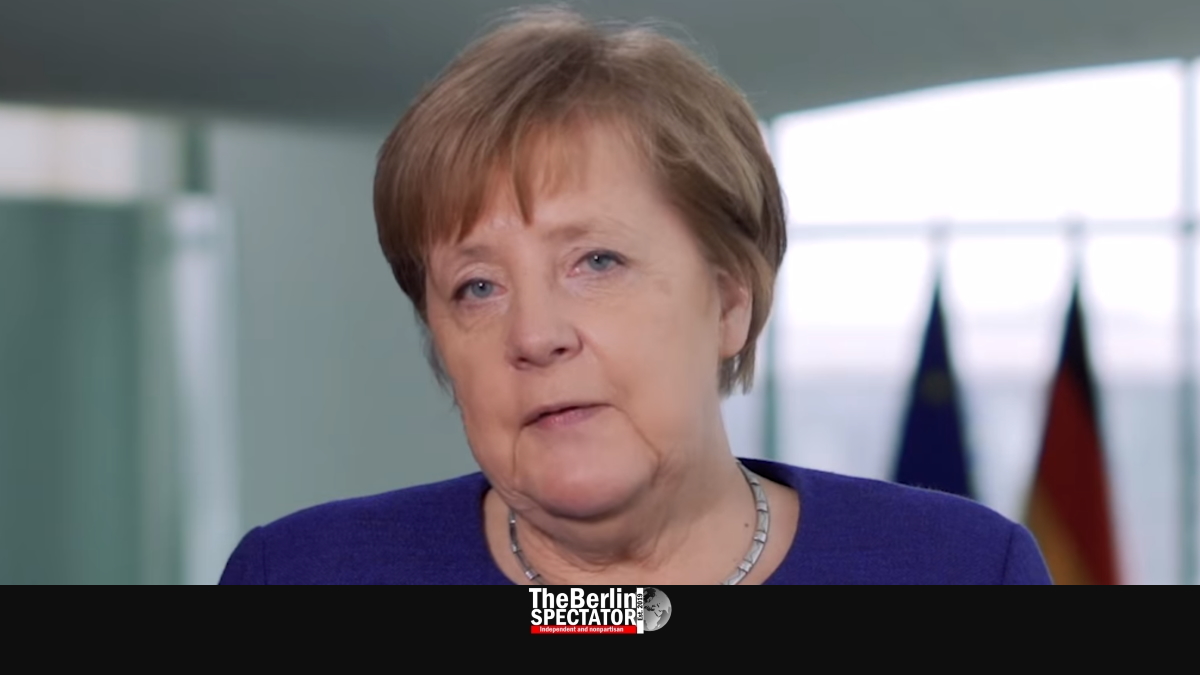 On Sunday, feminists and their supporters of all genders were expected to take part in protests connected to International Women’s Day all over Germany. Chancellor Angela Merkel conceded that more had to be done for equality.

“An elderly white-haired man who holds the highest public office, the only office of state never held by a woman, welcomes politically dedicated women on the occasion of International Women’s Day.” This is how Germany’s President Frank-Walter Steinmeier described the situation to guests on Friday, two days ahead of the holiday. His self-irony went down well.

Chancellor Angela Merkel used her weekly podcast to talk about gender equality. She explained how women’s suffrage was the reason the International Women’s Day had originally been established. Officially, men and women were equal in Germany, Merkel, the first female head of government in her country, stated.

Enforcing equality was a big task, the Chancellor conceded, even though there was progress already. Equality was a subject that still played a big role in Germany. What compatibility of family and career was concerned, the country had made headway. But the percentage of employed women at certain ages was still lower than that of men.

Merkel explained progress had been made due to the legal entitlement for a kindergarten space and for infant care that was already part of the law. The next step was to guarantee care for primary school kids, meaning places they can go to after school. Another aspect women were benefiting from was the right to return to full-time work after going into half-time while they care for their children.

Regarding women in executive positions at companies, a lot had been achieved, but more needed to be done, Chancellor Merkel said. German law forces large companies to fill their boards of directors with women by at least one third. Regarding mid-size and small companies, there was more work ahead, Merkel stressed.

The state was already committed to having parity in all committees by the year 2025. But again, more needed to be achieved in the political field too, Angela Merkel stated. This applied to MPs, mayors and county commissioners in Germany. In this regard, women needed to be encouraged to run for those positions. At the same time the right conditions needed to be created.

Merkel said one of the most difficult subjects was violence against women. Here, the state, the federal states and the communities had become active, but more needed to be done in this regard as well. The chancellor made clear equality was not only something women needed to work on, but men too. For instance, equality in professional life could only be achieved if men participated in the family life more.

Angela Merkel herself is an excellent example for women in high positions. She has been Chancellor for 15 years, almost as long as her predecessor Helmut Kohl. Before, she was opposition leader and Environment Minister. In 2021, she does not want to run again. The individuals who want to become her successors are men.

Berlin is the only federal state in Germany that turned International Women’s Day into an official holiday (see separate article Berlin: The Emancipated City and its New Holiday). “We will be celebrating women’s rights. This is an important signal which has an effect beyond Berlin”, Governing Mayor Michael Müller said.

Müller, who is Science and Research Senator as well, said he was glad the share of women in vocations of professorships had increased to 46 percent in 2019. A total of 126 women had taken over professorships. “This is a magnificent development”, Müller stated.

Thousands of feminists and their supporters of all genders will be taking part in protests all over Germany today, in order to demand equal pay and equality in other areas. The main event in Berlin is a demonstration which commences at ‘Leopoldplatz’ in Berlin’s ‘Wedding’ district at 2:00 p.m. on Sunday.

Related column: The Berlin Perspective: ‘Happy Women’s Day. Could You Iron My Shirt?’

Coronavirus in Germany: No End in Sight