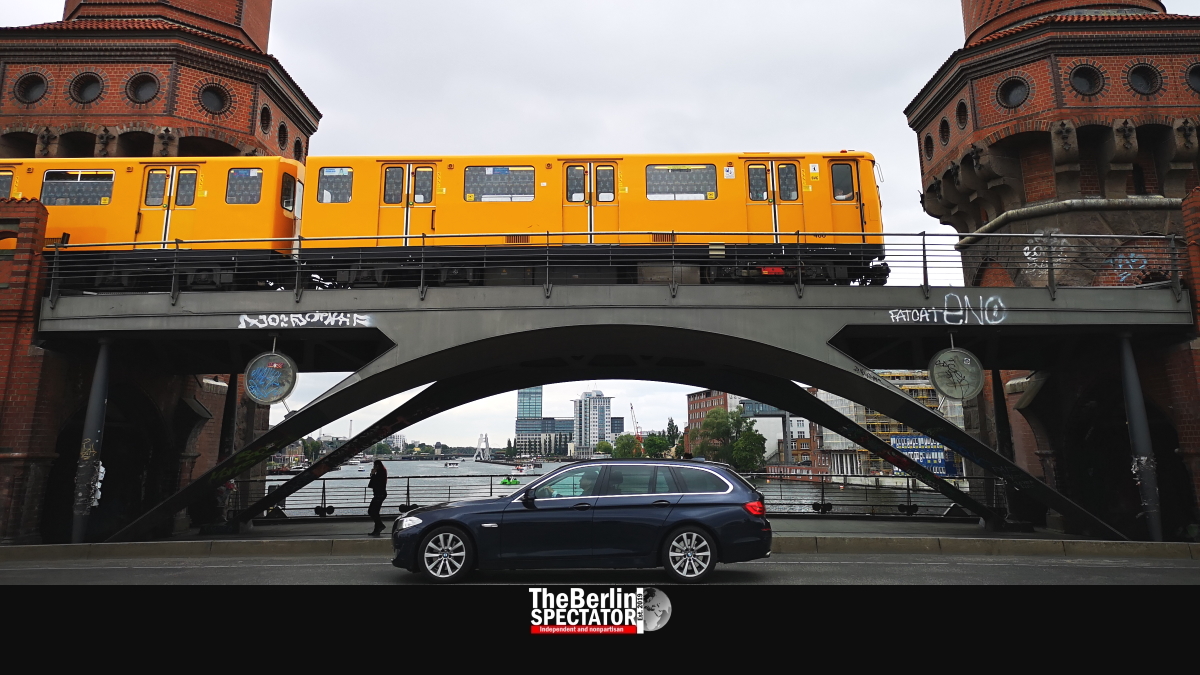 Berlin has as many as 2100 bridges. One of them, the ‘Oberbaumbrücke’, causes problems all the time. Those are not structural, but man-made.

The ‘Oberbaumbrücke’ is the pride of Berlin. It is one of the more important sightseeing spots in the city, for a reason. First of all it provides priceless views of the Spree river and the city. Secondly it is pretty attractive itself. Usually, beauty is in the eyes of the beholder. In this case, the beauty aspect is undisputable, no matter what anyone says.

Few bridges have as many purposes as the one with that long name hardly anyone who does not speak the language of Goethe and Schiller can pronounce. Repeat after me: “Oberbaumbrücke. O-ber-baum-brü-cke. OBERBAUMBRÜCKE.” See? Rehearsing it does not help either.

Some 60,000 cars cross this bridge every single day. So do thousands of bicyclists, pedestrians and many U-Bahn trains (the equivalent of subways, undergrounds or metros). Yes, everyone crosses ‘Oberbaumbrücke’. In pre-Coronavirus times tourists did voluntarily, and Berliners do because they have to if they cannot afford a helicopter.

In 2019, the bridge’s surface needed to be refurbished. And since the situation on the ‘Oberbaumbrücke’ was supposed to reflect Berlin’s traffic transition towards more sustainability, the number of lanes for cars was decreased from four to two while the bike lanes were going to be widened to 2 meters (6.5 feet).

As always in Berlin, the construction took far too long. During that period, bicyclists and pedestrians had to fight for the room they needed and the cars were constantly stuck in traffic jams. When the construction was finally completed, a new problem appeared: The bike lanes were more narrow than they should have been. That mistake was corrected.

Before and during the construction, an NGO dedicated to sustainable mobility had warned those bike lanes would probably be used by cars as well because of the way the boundary between their lanes and the bike lanes were planned. Nobody listened to them.

Now Berlin’s Senate Administration for Traffic finally sees the issue. Indeed, cars endanger the bicyclists on the bridge all the time. An objection to the new traffic guidance was therefore sustained. The outcome is that the street markings on ‘Oberbaumbrücke’ will be redone completely, only months after the last ones were added, at least in theory.

Of course there is a problem with the planned conversion too. Why wouldn’t there be? Berlin’s main public transport provider, the BVG, intends to refurbish its part of the bridge. What this means is that there will be a new chaos on ‘Oberbaumbrücke’ and that the ‘U-Bahn’ trains will not be crossing the bridge for a year, which leads to a new issue in itself.

Passengers will have to be transported anyway, but using buses during the construction would increase traffic even more, which is something everyone wants to avoid. What the BVG’s bridge refurbishment also means is that the new markings on the street surface will have to wait until the spring of 2021. And by then, Berlin will likely have found another issue that will prevent things from happening.

In 1945, the Allies blew up part of the bridge. In 1955, the GDR blocked it for cars. Pedestrians still used it until 1961, when the Berlin Wall was built. After Germany’s reunification, in 1992, the ‘Oberbaumbrücke’ was refurbished.

After the next refurbishment, in 2021, the Senate Administration will have the bike lanes extended to a width of 3 meters (10 feet) while the car lanes will be narrowed down substantially.