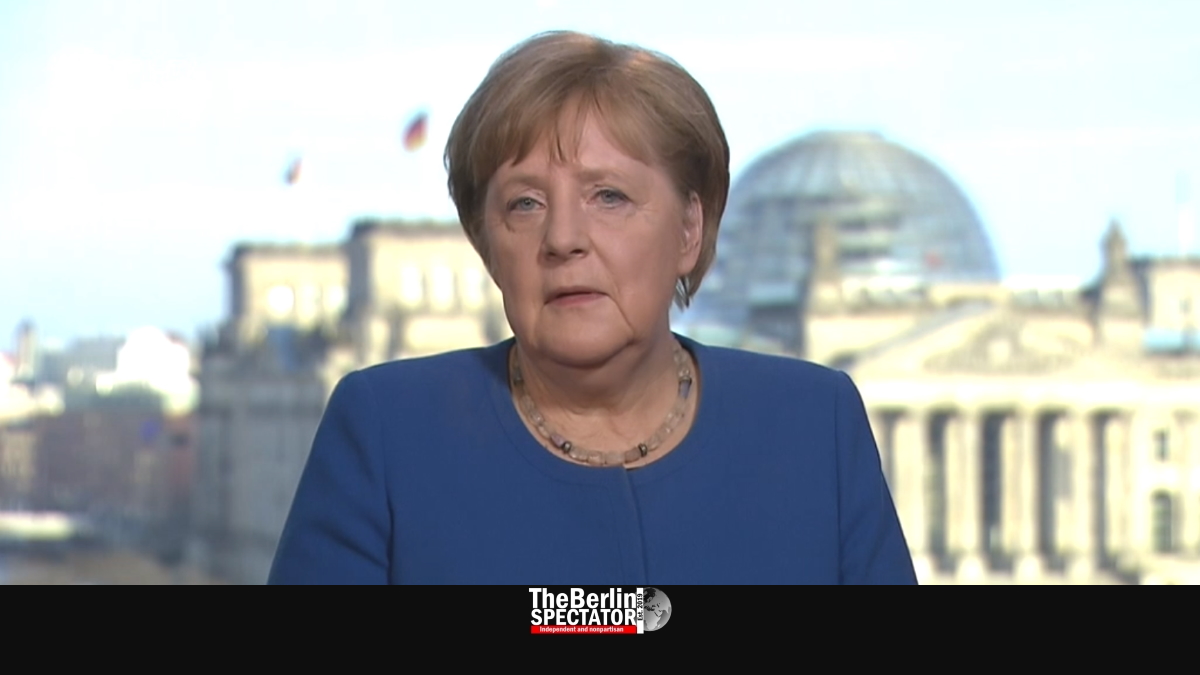 For the first time in her 15-year term as Chancellor of the Federal Republic of Germany, Angela Merkel addressed the nation directly on any subject other than New Year’s wishes. She told the Germans it was up to them how this nation would get through the crisis.

Angela Merkel told the residents of Germany, scientists around the world were doing research. But so far, there was no vaccination or therapy for the respiratory disease caused by the Coronavirus. It was imperative to slow down its spread in order to be able to guarantee treatment for everyone who needed it in the country’s hospitals.

The Chancellor asked the nation to think of everyone, including fathers, grandfathers, mothers and grandmothers. This was a community in which everyone counted.

Doctors, nurses and other medical workers stood at the front lines in this battle, Angela Merkel stated. She thanked all of them. “What you are achieving is tremendous”, she told people in these professions that are now more important than ever in the history of the Federal Republic.

“Public life needs to be shut down as much as possible”, Merkel said. “Anything that could endanger people needs to be reduced now. We have to decrease the risk of contagion.” She said she knew how hard the government’s measures against the Coronavirus were.

‘Next Weeks Will Be Harder’

Merkel, who grew up in the communist GDR, said the freedom to travel had been a hard-won right. Still mobility needed to be restricted right now, in what she called the biggest challenge since World War II.

For the economy, things were already difficult, Merkel said in her televised address. The next weeks would be even harder. Her government was doing everything possible to help the economy and preserve jobs.

Because of panic purchases that led to empty supermarket shelves in parts of Germany, Angela Merkel stressed the supply with food was guaranteed. Having food in stock was useful, but panic buying was both unnecessary and lacked in solidarity. The Chancellor also thanked supermarket employees everywhere in Germany for their hard work.

Everyone needed to help, Merkel stated. First of all the nation needed to take the virus seriously. Secondly, nobody should start panicking. She asked the Germans to remember that nobody was dispensable. Everyone counted.

“This epidemic shows how vulnerable we are, but also how we can protect ourselves and help each other”, Merkel told the nation. It was necessary to be considerate, to keep a distance from each other and to refrain from shaking hands.

“As families and society we will find other ways to be close to each other. We need to find new ways of showing affection”, Merkel said in her rare statement about feelings and interpersonal aspects. She talked about good examples for people who helped others in their neighborhoods. Even more help of this kind needed to be offered and given.

“Adhere to the rules that will be valid during the time ahead”, the Chancellor said. This was a dynamic situation. “Do not believe rumors, but only official statements. This is a historic task we can only fulfill together.”

“How many loved ones will we lose? It is in our hands”, Merkel said. The situation was serious but open. It all depended on how the nation would adhere to the rules, and on every single person, without exception.