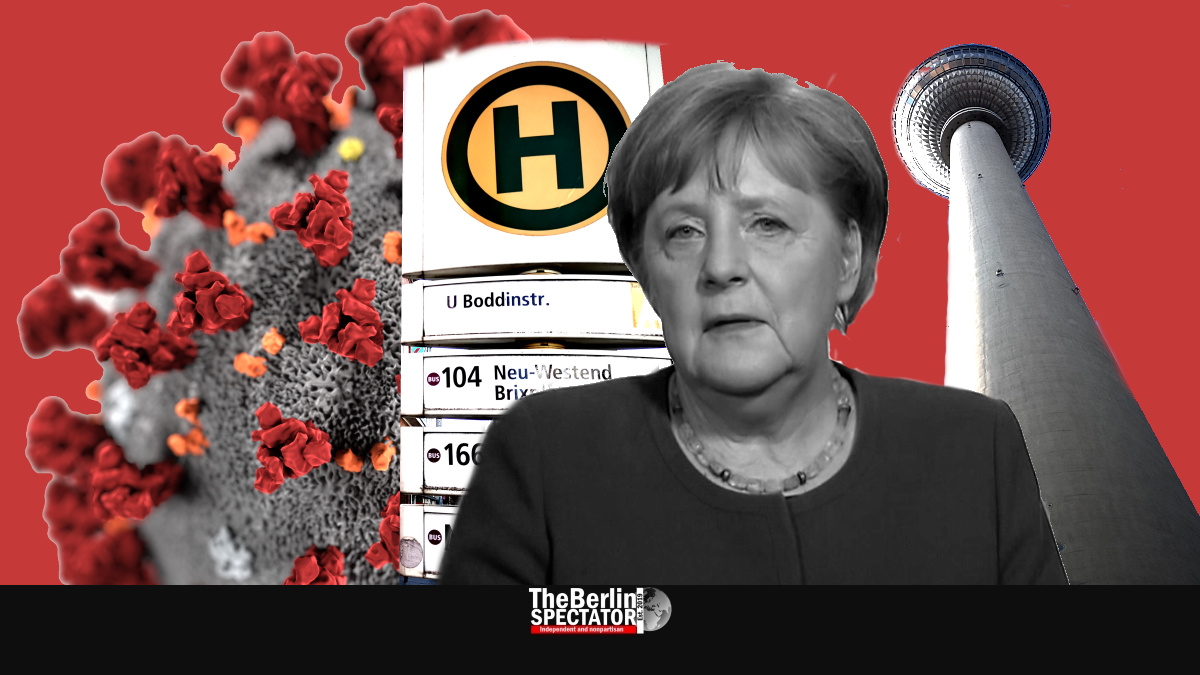 In Germany, the number of Coronavirus cases has not been rising this rapidly since the crisis began. On Wednesday night, there were 12,327 infected persons, 3,000 more than a day before.

The increase of Coronavirus cases in Germany was alarming on Wednesday, when the number of infected persons suddenly jumped to over 12,000. Twenty-four hours before, it had been at around 9,000. This means the number rose substantially in one day, in spite of all the measures the federal government in Berlin and the federal states have taken so far. At 13:25 hrs. CET, the total number was 13,000.

On Wednesday evening, Chancellor Angela Merkel asked the nation to follow the rules and to keep their distance in a partially emotional address to the nation. She said it was up to “us”, meaning the Germans, how the country would get through the crisis. (See separate article Merkel on Corona Crisis: ‘Adhere to the Rules’.)

Berlin, the German capital which is also a city state, was a mixed picture, after the latest measures kicked in on Wednesday. Since most shops are now closed and because many employees of thousands of companies work from home, the two city centers Berlin has were virtually empty in the morning. Only few Berliners used the city’s public transport at that point.

On the other hand, hundreds populated Berlin’s parks and did not seem to care about keeping their distance at all. At Hasenheide, a large park in Berlin’s Kreuzberg district, young people sat together with guitars and other instruments. They played the same improvised ‘song’ over and over for an hour. There was no distance between them, meaning the danger of infection was high.

The same applied to countless other groups of people who embraced, held hands, talked face to face and did not follow any of the rules virologists and politicians had asked everyone to adhere to. The behavior by some Berliners in Görlitzer Park and similar places almost seemed to be a statement against those who were trying to save them and the rest of the nation from the dangerous diseases the Coronavirus can cause.

Other federal states, including Bavaria, had similar issues. On Thursday morning, Bavaria’s First Minister Markus Söder said in Munich if people’s behavior was not going to change voluntarily, a state-wide curfew needed to be declared.

At an ‘Aldi’ supermarket in Berlin, a very kind staffer kept on filling shelves this morning. While engaging in small talk with customers, he said he had some kind of “bronchitis” and was sucking on fresh garlic toes because of that condition. The man who meets thousands of people per day at his work place has “bronchitis” during these warm spring days? That is where things might get dangerous.

The Federal Republic of Germany is fighting the Coronavirus, along with the rest of the world. Health Minister Jens Spahn managed to purchase 10 million protective masks which many hospitals in the country have run out of. Spahn announced they would be distributed now.

In spite of the virus, secondary school students in the province of Hesse will be writing their Abitur (U.S.: high school diploma, Britain: A-levels) exams today. The health authorities insisted the students should keep a safety distance while doing so and the exam groups needed to be as small as possible. Whether those measures will help is a question nobody could really answer.

In some German regions, where the number of infected persons rises a lot faster than the already high nationwide average, those in charge are beginning to take the next step. In the town of Mitterteich, the authorities imposed a curfew, the first one in Germany. Other counties and towns where the number of Coronavirus cases has tripled within a short time frame, might follow soon.

But Health Minister Jens Spahn said the German authorities should not engage in an “outdoing contest” regarding restrictions in everyday life. He favored a moderate approach, Spahn stated in a television interview. According to him, Germany is not planning to impose curfews on its residents, at least for now.

On Thursday afternoon, Germany’s Defense Minister Annegret Kramp-Karrenbauer said in Berlin, the Bundeswehr, Germany’s armed forces, were in the process of calling in reserves in order to be able to help in the Coronavirus crisis. She stated her ministry had already received 50 applications for administrative assistance from all parts of Germany. For instance, the military will be involved in setting up a hospital exclusively for Coronavirus patients at Berlin’s fairground.

In the meantime, the ILA Air Show, a trade fair for the aerospace and defense industries, was cancelled. It was supposed to take place in Berlin in May.