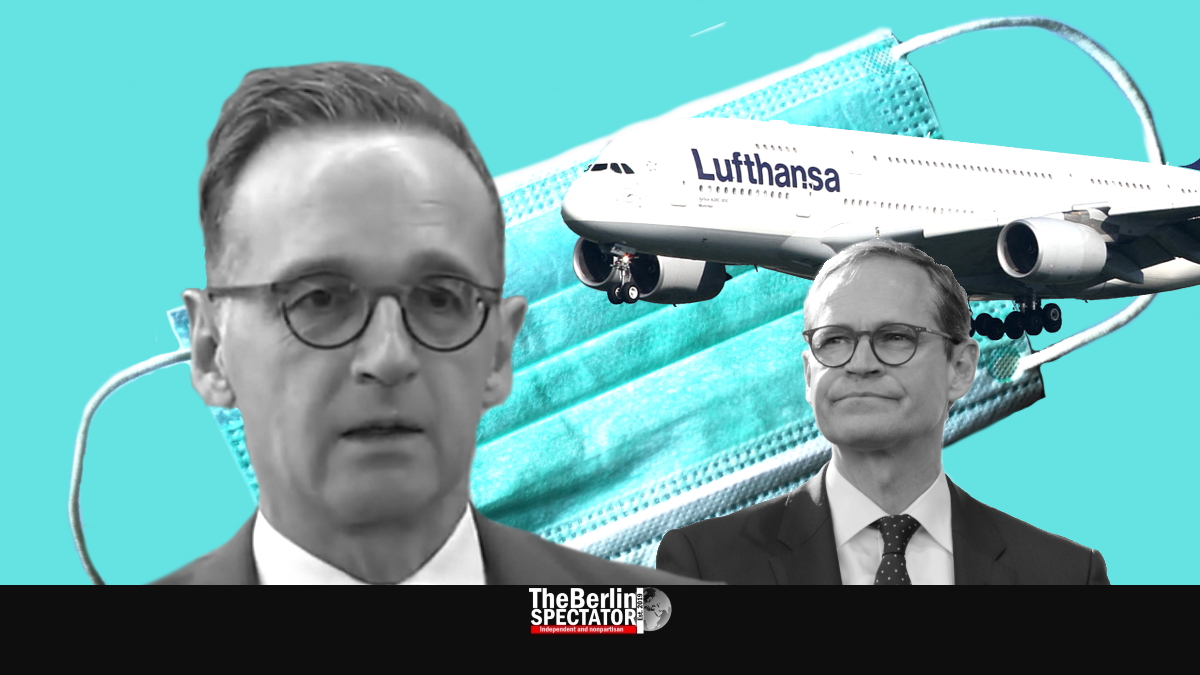 The federal government in Berlin intends to prolong the existing worldwide travel warning until mid-June, according to a German media report. Whether Germans will be allowed to take trips in summer is still an open question though.

Because of the Corona crisis which seems to be far from over, the Berlin government is about to prolong the worldwide travel warning Foreign Minister Heiko Maas had put in place in March, according to a report by the ‘Spiegel’ weekly. The warning is supposed to be valid until further notice, but at least until June 14th, 2020, it says in a proposed resolution for Chancellor Angela Merkel’s cabinet.

The situation is supposed to be assessed again before mid-June. It has to, also because of the fact that the proposed resolution does not cover questions that are important to many Germans: Will they be allowed to travel during the summer vacation? Will the borders, or some of them, be open? Are vacations in neighboring countries feasible in spite of the Corona crisis?

On the other hand, a decision to prolong the travel warning accordingly will make it easier to cancel booked trips. This applies to Germans who paid for flights or hotel stays for the period until mid-June before the crisis hit. They will have less issues getting their money back because they can cite the travel warning.

The reasons for its prolongation are obvious: Borders are closed, there are hardly any flights, quarantine rules apply everywhere and the danger of infection with the Coronavirus has not disappeared either. The original travel warning is in place until May 3rd, 2020.

From today, wearing masks in public transport and in shops is mandatory in all of Germany. In the north-western federal state of Schleswig-Holstein, the measure takes effect today. In the city state of Berlin, the Senate changed its mind yesterday. For two days, using masks in shops and malls was voluntary. Then, on Tuesday, the Berlin Senate decided the follow the rest of the country.

No Further Easing of Measures

Berlin’s Governing Mayor Michael Müller sold the decision as an extension of the rule that applied on buses and trains. “It has to be clear that the distance and hygiene rules need to remain our priority, in order to slow down the Coronavirus”, Müller said. “The positive experience on buses and trains has shown us that Berliners adhere to the mask rule. This is a good and important signal for the decisions we take at the Senate.”

Tomorrow, Chancellor Angela Merkel and the First Ministers of Germany’s sixteen federal states will hold another online or telephone meeting in order to discuss the situation. According to the government, a further easing of anti-Corona measures should not be expected right now.

What a reopening of day care centers is concerned, the Family Ministers from the federal states and Germany’s Family Minister Franziska Giffey are recommending a 4-step plan. The first step is the existing emergency service for children of doctors, nurses and other professionals whose work is existential in this crisis.

In the proposal, the second phase is an “extended emergency service”, the third one a “limited regular operation” in kindergartens. The last step, of course, is a return to what was known as normality before the Corona crisis. The proposal does not include a date for any of the steps.

In the early morning on Wednesday, 159,912 Coronavirus cases were officially registered in Germany. More than 117,000 persons who were infected are cured now, and 6,314 individuals have died of COVID-19.

Berlin: Radical Left to Stage May 1st Protests in Spite of Corona

Top 10: Corona Statements by German Politicians and their Actual Meaning