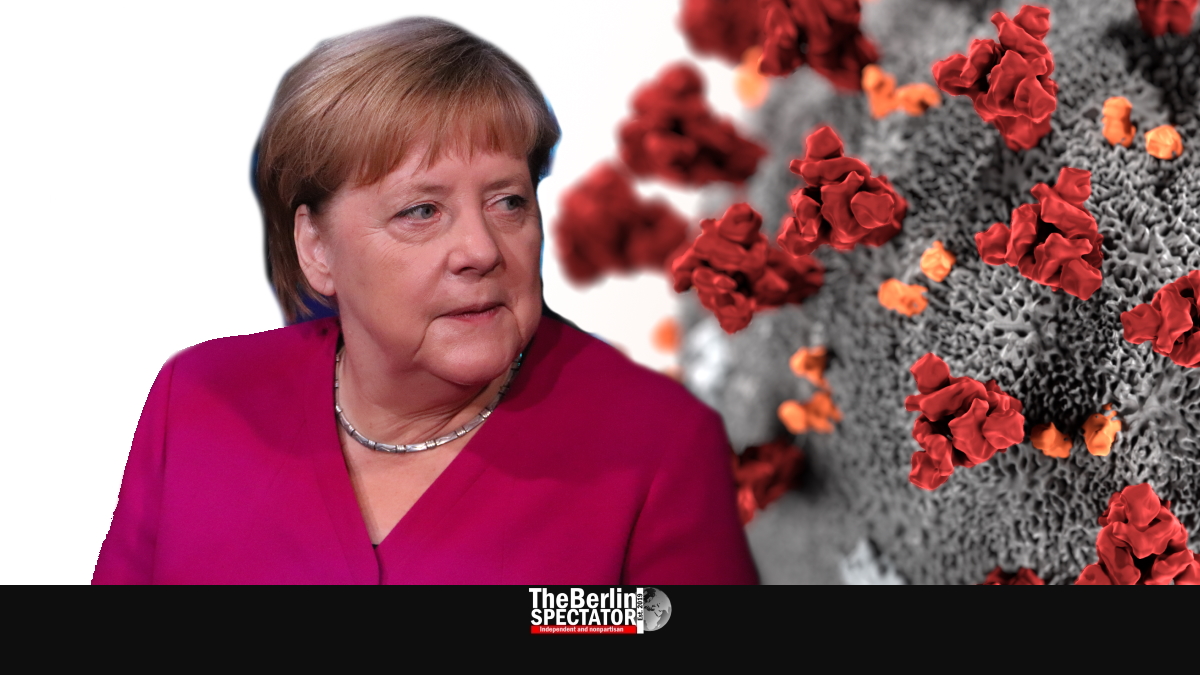 Chancellor Angela Merkel has reacted to the lifting of more Corona restrictions by saying nobody knew how the pandemic or the economy would develop. She made clear a setback in the fight against Corona needed to be prevented.

According to German-language media, Merkel commented on the ongoing Corona crisis during a meeting with the Bundestag caucus of her conservative party CDU. She said the entire economy was suffering a giant slump. It was unclear which direction the German consumer behavior would take.

Mrs. Merkel was quoted saying she did not want to be pessimistic. In this situation, an optimistic approach was required. But a whole lot of work was still waiting in this crisis. The Chancellor stated she welcomed the lifting of travel warnings for E.U. countries, but was not sure whether hopes and reality had been merged yet.

Considering the seven million short-time workers registered in May, far more than the 1.5 million there had been during the economic crisis twelve years ago, the situation could not be resolved quickly this time. Angela Merkel was quoted saying she believed the government and the CDU caucus needed to emit confidence.

The Coronavirus was not gone, Chancellor Merkel stated, even though it had been confined. More outbreaks needed to be expected. It was important to be careful “to make sure we do not worsen the economical situation again”.

For the first time since March, the First Ministers of all sixteen federal states in Germany will fly to Berlin today, for their regular conference. The main subject is the Corona crisis with all its implications. But an increase of the fee for public service broadcasting each household in the country has to pay, by 86 Euro Cents, is on the agenda as well. In the past months, all major meetings and conferences had been conducted online.

After their conference, Angela Merkel is scheduled to meet the First Ministers at the Chancellery. Again, the Corona pandemic and ways to fight it are the main subjects of the deliberations. Ahead of the meeting, those who used to ease restrictions ahead of everyone else, including Armin Laschet, the First Minister of North Rhine-Westphalia, called for concerted action.

In the meantime, local authorities in Berlin are fighting a Corona outbreak in several apartment blocks several of which are located in the German capital’s Neukölln district. Not all of the mostly Romanian residents there want to be tested for Corona, and some disagree with the quarantine imposed on them.

Councilman Falko Liecke, who is in charge of health matters, said the quarantine would be enforced. First, things would be explained to the inhabitants, with the help of translators and social workers. Involving the police was only the last resort, Liecke announced.

Since the Coronavirus hit Germany in January, 188,252 people got infected, but more than 172,800 persons are cured by now. On the other hand, 8,820 individuals have died of the respiratory disease the Coronavirus causes.