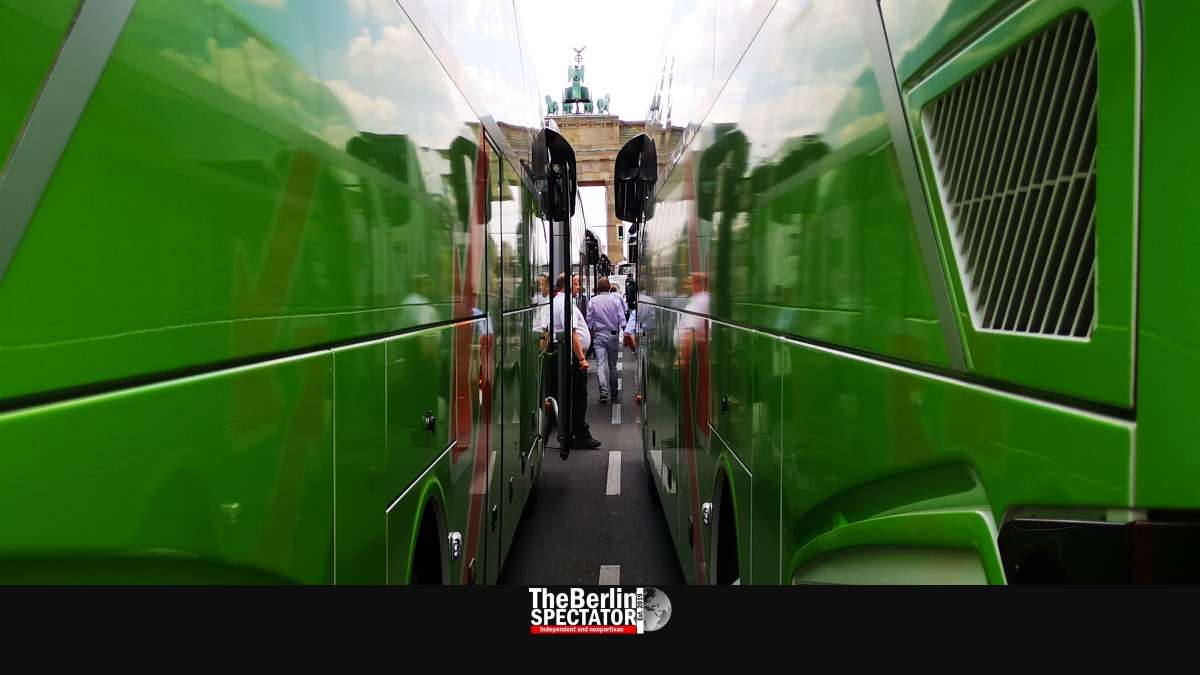 In the real world, passengers miss their buses. Today, buses miss their passengers. The German coach operators are angry and blocked part of Berlin today. Support from the state was what they wanted. What they got was peanuts.

Several protests were staged in Berlin yet again on Wednesday. The radical organization Extinction Rebellion (XR) organized a bicycle protest for a car-free city. Travel agency owners demanded support on one side of Brandenburg Gate. On the sightseeing object’s eastern side, thousands of buses appeared.

Their owners had come from all parts of Germany in order to rally for support from the government. From the perspective of bus operators, everyone but them got a lot of help since the Corona crisis commenced. Lufthansa was promised 9 billion Euro (9.87 billion U.S. Dollars or 8.09 billion Pounds Sterling), but they got very little, namely a few thousand Euro per company.

She said the problem was that, because of Corona, people were afraid to travel. Nobody wanted to take trips by bus anymore. Schools did not organize field trips at all, journeys within Germany, to Austria or other European countries had all been cancelled in March. Since the Corona restrictions had been put in place, her company had not had any work, the Bavarian company owner told The Berlin Spectator.

Other bus company owners said the government was applying double standards by letting Lufthansa fill all seats on their aircraft. On coaches, on the other hand, 5 feet of room needed to be kept between passengers.

Hundreds of buses arrived on ‘Strasse des 17. Juni’ (‘Street of June 17th’) on that very same date. So did Germany’s Transport Minister Andreas Scheuer, who held a speech in front of the protesters at Brandenburg Gate. His message was that he got Chancellor Angela Merkel’s green light for a help package for bus companies, with a volume of 170 million Euro (191 million or 152 million Pounds).

The reactions were different. Some bystanders said that amount was not much, but Scheuer had at least delivered something. Others stated those 170 million Euro were a joke, while more honking coaches arrived at and around Brandenburg Gate.

Just behind the Gate, owners of travel agencies demanded support as well, at their own protest. A spokesman said the government needed to make sure people got back into traveling. He also demanded a tourism ministry which Germany does not have, even though tourism is important for the country’s economy.