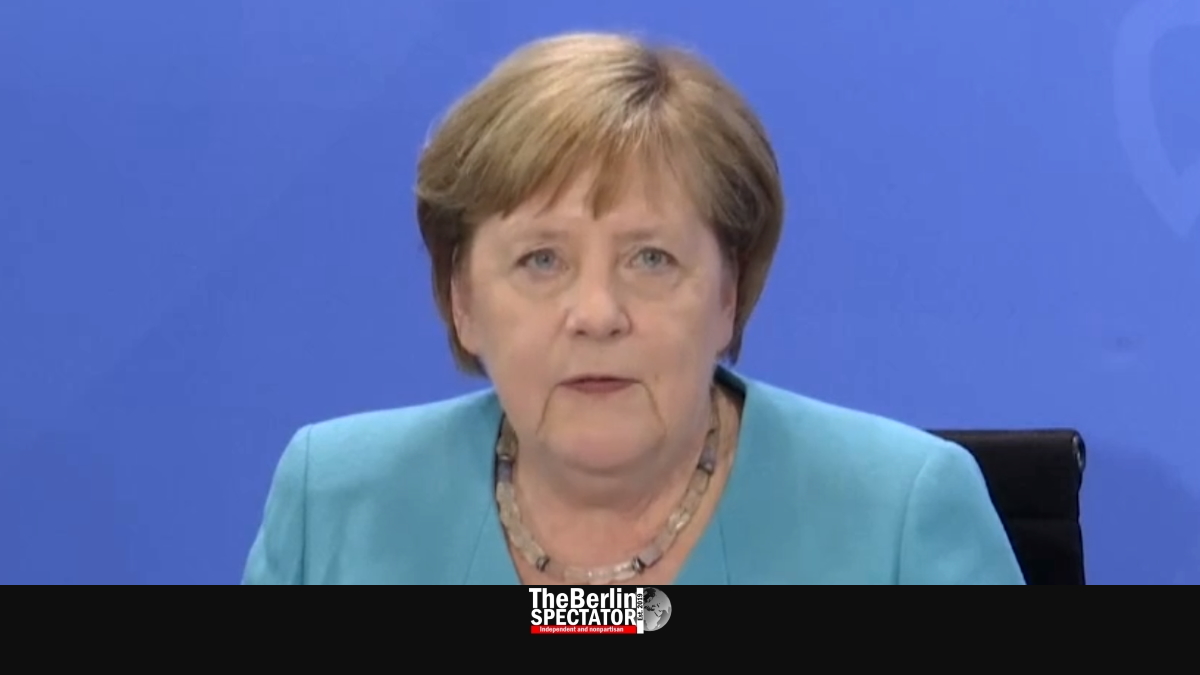 Chancellor Angela Merkel and the First Ministers decided to reopen all schools in Germany after the upcoming summer vacations. Large events will be forbidden until the end of October. The most important Corona rules remain in place.

For the first time since the Coronavirus crisis reached its peak in early spring, Germany’s Chancellor Angela Merkel and the First Ministers of Germany’s federal states physically met at the Chancellery in Berlin on Wednesday afternoon. During the peak of the crisis, video conferences had been held. Merkel said the distance rules had been followed at the Chancellery.

According to the Chancellor, the main Corona rules are still in place because there is still no medication or vaccine against Corona or the respiratory disease it causes. They include the distance of 1.5 meters (5 feet) people have to keep in public, the mandatory masks in public transport and in shops, as well as the contact rules.

Angela Merkel said local Corona outbreaks at places where the distance rules “could not be followed” showed what kind of issues still existed. She referred to the new situation at the meat company Tönnies in the city of Gütersloh, where at least 657 employees are infected with the Coronavirus and 7,000 people are now in quarantine.

In case of rising numbers, new contact restrictions could always be put in place, Chancellor Merkel stated at a press conference with Markus Söder from Bavaria, the head of the Conference of First Ministers, and Hamburg’s First Mayor Peter Tschentscher who is heading the Bundesrat right now.

Germany’s schools are supposed to reopen completely after the summer vacations, if the Corona numbers remain low. Large events are now forbidden until the end of October. So far, they had been banned until August 31st.

Mrs. Merkel thanked the 6.5 million Germans who already downloaded the German Corona application which was released yesterday. The Chancellor does not like to talk about her communication habits in public, but she did say she intended to use the app. At the beginning of the crisis, in March of 2020, Merkel had been in quarantine herself after being in contact with an infected doctor. She called the Corona app a milestone. Its release had been “one measure of many”.

The Chancellor said she and the First Ministers had also talked about the latest economic stimulus plan, the implementation of the planned energy transition, Germany’s climate goals, the extension of renewable energy, the grid expansion, and the extension of the mobile network. “We have done a good job”, Mrs. Merkel said, referring to today’s meeting.

Markus Söder stated Germany’s strategy had been the right way and it had saved many lives. Compared to Sweden, Germany was in a similar situation what the economy was concerned. But there were more Corona-related deaths in Sweden.

Because the Germans had followed the rules, the country was in the position to ease the restrictions. “It worked out well, but this is no reason to become reckless”, Söder said. Being careful and considerate was important. He also said some federal states within Germany would have stricter rules than others. It depended on their specific situation.