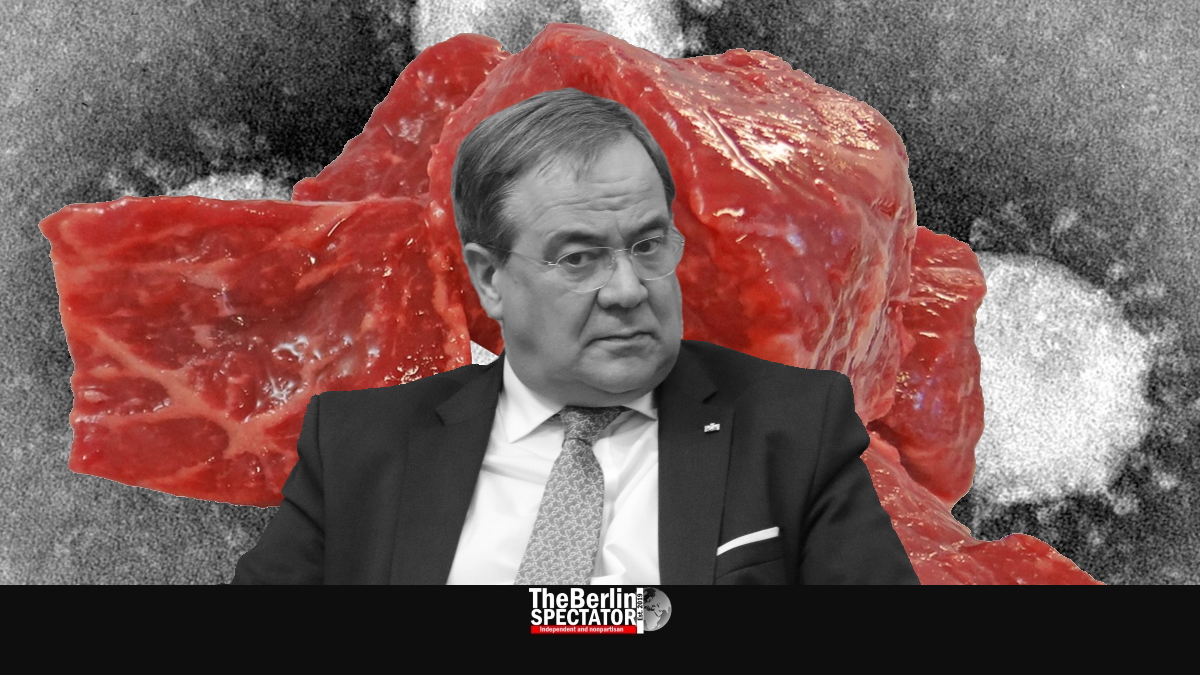 The authorities in Gütersloh county are fighting the most serious local Coronavirus outbreak in Germany since the crisis began in January. At the Tönnies meat factory, more than 1,300 employees are infected.

At the beginning of the Corona pandemic, Heinsberg, a town in the federal state of North Rhine-Westphalia, was the epicenter of the crisis, with the highest number of infected persons. This situation is back, in Gütersloh county, located 220 kilometers (137 miles) from Heinsberg, in the same state.

The shocking outcome of Corona tests among the employees at the giant Tönnies factory is that 1,331 persons are infected with Corona, as of Monday in the early morning. That number might still rise a little, because some test results are still pending. Twenty-one COVID-19 patients are being treated at local hospitals. Six of them are in intensive care, two are connected to respirators.

North Rhine-Westphalia’s First Minister Armin Laschet said the health authorities in Gütersloh county would get all the help they needed, including personnel. The most important aspect was the tracing of all persons the infected had been in contact with. Both the health authorities and the police would support those working on it.

In spite of the scope of the problem, and a record number of infected persons at one spot, Armin Laschet’s government does not intend to impose a new lockdown on Gütersloh county, even though a step of this kind is part of an agreement the First Ministers and Chancellor Angela Merkel approved for counties with high infection numbers.

Laschet was now criticized harshly, not for the first time in this crisis. Karl Lauterbach, a Social Democratic Party (SPD) member, MP and health expert, told the ‘Rheinische Post’ daily, Laschet was ridiculing himself and politics as a whole. The threshold of 50 infections per 100,000 inhabitants had clearly been exceeded in Gütersloh, Lauterbach stated. It was wrong not to implement a new lockdown. “That way people got the impression politics did not follow its own rules.”

The other day, Laschet was criticized for blaming “Romanians and Bulgarians” for bringing in the Coronavirus. A semi-apology did not have the desired effect either. Laschet used to carry the hopes of Angela Merkel’s conservative party CDU. He is an official candidate for party leader and therefore a possible successor at the Chancellery in Berlin. But few believe he still has chances, because of some questionable performances and statements during the ongoing crisis.

A spokesperson for Gütersloh county said all residents would have the option of being tested for Corona free of charge. This approach may make a lot of sense because it is unclear how far the virus has spread among those who do not work for Tönnies.

A new local Corona outbreak was detected in Kassel, where a school had to be shut down. Several schools in Dortmund were closed for the same reason. In Berlin, hundreds of residents of several apartment buildings are in quarantine until June 26th, 2020. And in Göttingen, the residents of one apartment block are in the same situation.