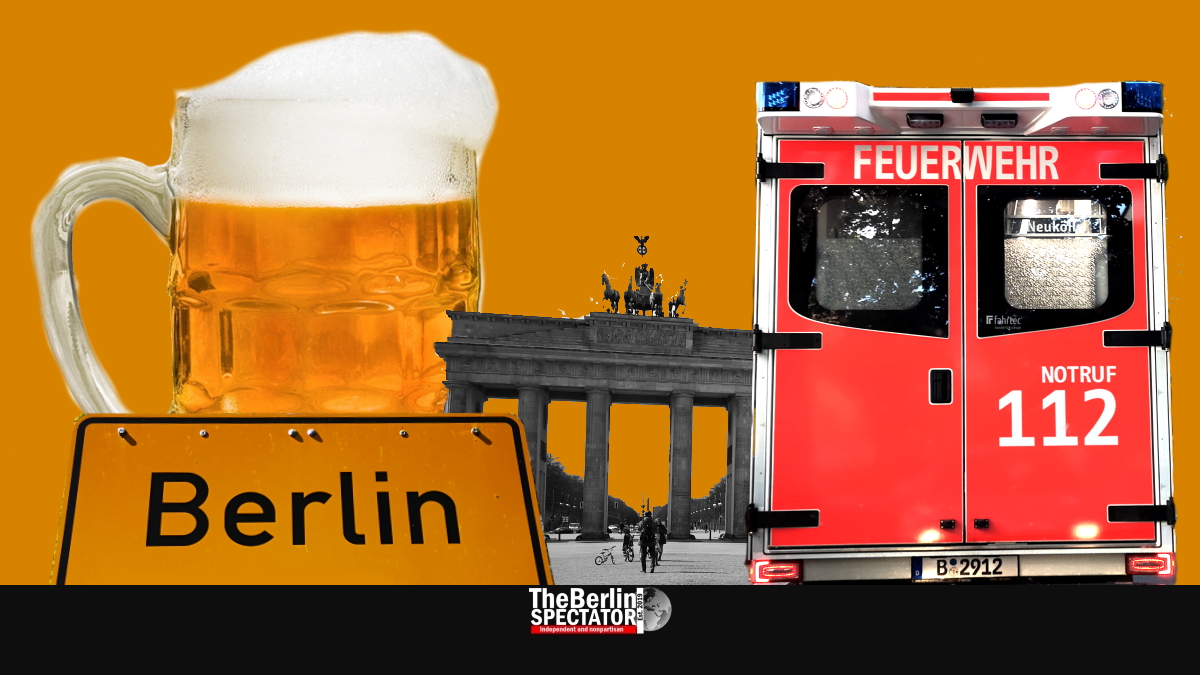 In Berlin, the discussion about an alcohol ban is continuing. The Corona situation in the German capital remains grave.

Berlin, October 4th, 2020 (The Berlin Spectator) — Because of the high number of new Corona infections in Berlin, the city state’s Health Senator Dilek Kalayci still insists on an alcohol ban. Several German-language media quoted her saying the ban should be put in place on a daily basis, from 11:00 p.m. to 6:00 a.m..

The issue is that people get infected at both outdoor and indoor parties. This weekend, police were busy ending parties in parks yet again. At James Simon Park, they chased away 400 party people who were drinking, dancing and ignoring all Corona rules. The same happened at the ‘Volkspark am Weinberg’.

Senator Kalayci also wants stricter contact rules. She demanded a limitation of meetings in public to a maximum of five people, or an unlimited number of people from up to two households. This kind of rule had been put in place in spring, when the Coronavirus spread for the first time.

Dilek Kalayci, a Turkish-German member of the Social Democratic Party (SPD) that is ruling Berlin in a three-way coalition with ‘Die Linke’ and the Greens, two left-wing parties, is worried for several reasons:

>> The numbers are going through the roof. Berlin had 203 new Corona infections on Saturday and 339 on Friday.

>> In five Berlin districts, the numbers are way too high. In three of them, namely ‘Mitte’, ‘Neukölln’ and ‘Friedrichshain-Kreuzberg’, the Seven Day Incidence Number exceeds 50, in one case it almost hit 60.

>> Two federal states in Germany, Schleswig-Holstein and Rhineland-Palatinate, do not let residents of certain Berlin districts enter, unless they go into quarantine first and produce negative Corona tests.

>> The Seven Days Incidence Number in the entire German capital stands at 37.8, while the German average is only 15.

>> 111 Berliners with COVID-19 are being treated at hospitals, 39 of them in intensive care units. There is enough room in the city’s clinics, and the Senate wants to make sure this does not change.

>> In only 20 percent of new Corona infection cases in Berlin, the outbreak it comes from can be located.

While Senator Kalayci insists on implementing strict measures right now, her coalition partners do not seem to be so sure they want those. ‘The Left’ and the Greens say they do not want an alcohol ban because they believe partying outdoors is still better than doing so indoors. Their voters within Berlin’s huge community of party people might see it the same way.

On Tuesday, the Berlin Senate will be discussing the situation again. New restrictions are possible. If Senator Kalayci cannot convince her partners, a compromise might — or might not — be found.

In spite of the alarming situation in Berlin, hundreds of people rallied against the anti-Corona rules in the capital on Saturday. Again, Corona deniers and other conspiracy theorists teamed up with Nazis. There were counter protests as well. In Lichtenberg, left-wingers blocked a Nazi rally.

At that location, police officers were attacked with bottles and stones that were thrown at them. A total of 2,700 policemen and policewomen from several federal states were on duty in Berlin, while thousands more were protecting the German reunification 30th anniversary festivities in Potsdam, the capital of neighboring Brandenburg province.

The total number of Coronavirus infections in Germany since the pandemic hit Europe just exceeded 300,000. It stood at 300,027 early this morning. There have been 9,531 Corona-related deaths.