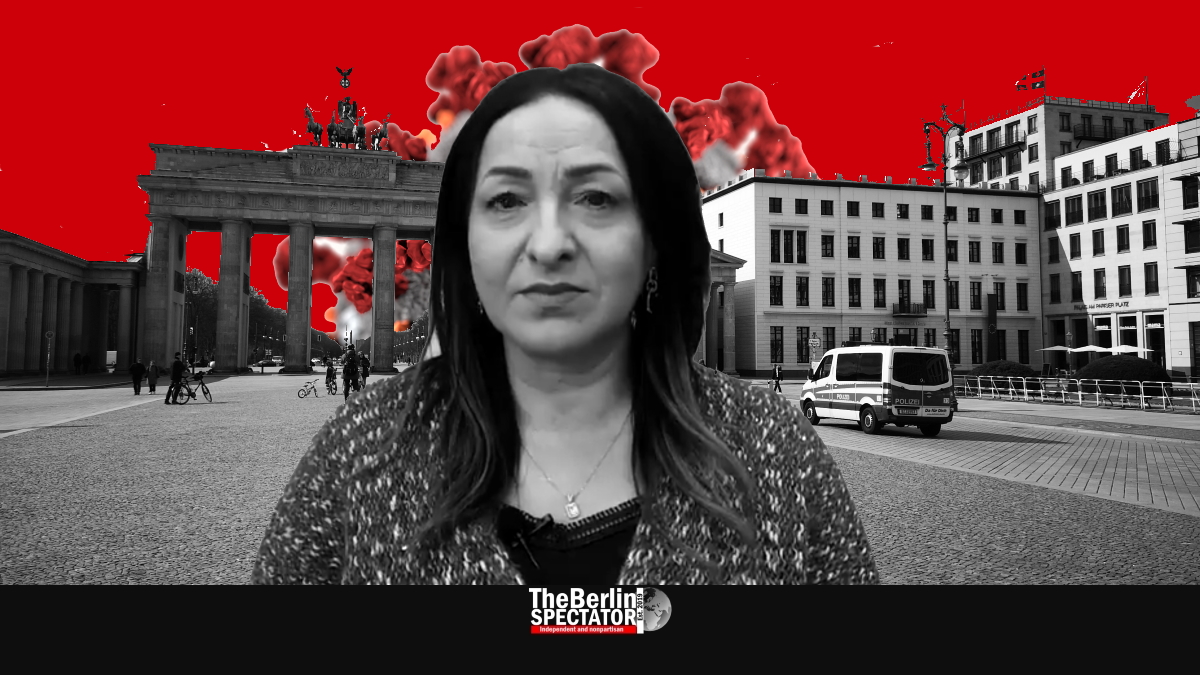 For weeks, the number of Corona infections in Germany has been increasing at an alarming rate. Now a nightmare scenario Chancellor Merkel recently came up with was exceeded. A technical glitch may have led to this, in part. In the meantime, the city state of Berlin is losing control.

Ortenberg, October 24th, 2020 (The Berlin Spectator) — Johns Hopkins University keeps on adding up the numbers of new infections in many countries. Today, the total for the Federal Republic of Germany stands at 426,110, which is 21,505 higher than yesterday morning. There are two reasons for this shocking number: First of all the spread of the Coronavirus is speeding up at a worrisome rate. Secondly, less new Corona cases were reported on Friday, due to some technical glitch.

The numbers the Robert Koch Institute in Berlin announces at its press conferences usually lag behind, because the very latest ones reported by hospitals, doctor’s offices and labs are not being included.

It is unclear how many of today’s 21,505 new infections should have been part of yesterday’s numbers. But, whatever the answer is, the spread rate is on the rise. Recently, Chancellor Angela Merkel had painted a horror scenario by coming up with a mathematical model calculation. The outcome was that, by Christmas, Germany might have to expect 19,200 new Corona infections per day. Now it looks like the country may already have reached that level, or it might be very close to that point.

For months, during the summer, things had looked so good, at least compared to Germany’s neighbors. Now there is no stopping the Coronavirus, it seems. The country might be on the brink of losing control. For next week, the Chancellery announced a government statement by Angela Merkel at the Berlin Bundestag.

There is one option, the last resort, which the government wants to avoid as long as possible. It is another lockdown which would have a negative impact on the economy as well. Actually, it would likely kill countless businesses. That kind of step would also disrupt education again. This is something neither schoolkids nor students, parents or politicians want. Months of school were already lost to Corona in spring.

Masks at the Beach

Germany’s federal states keep on tightening their Corona rules. Up north, in Schleswig-Holstein, an “extended mandatory mask rule” is in place now. For instance, people have to cover their faces at outdoor markets. In Timmendorfer Strand, a popular beach resort, a strict mask rule was just implemented because of a local Corona outbreak. Four counties, namely Dithmarschen, Ostholstein, Pinneberg and Stormarn, put in place stricter rules as well because of high Seven Day Incidence Numbers.

In Berlin, stricter rules apply starting today. On ten highly frequented streets, masks now need to be worn. The same applies to outdoor markets and other crowded places. Because too many Berliners ignore the Corona rules, the Federal Police and the Berlin Police Department were going to send 1,000 officers to the city center and other parts of the capital today and on Sunday. They are supposed to enforce the rules and fine those who believe they are exempt.

Berlin has lost control in at least one way: The city state’s health authorities cannot track down all contact persons for each infected individual anymore because there are too many. That is why people who tested positive in Berlin are now supposed to inform their contacts themselves, and go into quarantine in their homes without being ordered to do so.

After a discussion with city councils, Berlin’s Health Senator Dilek Kalayci (on photo at top of page) said, Berlin would now count on people’s self-responsibility more. According to her, the health authorities will concentrate on high risk groups from now on, including hospital personnel and patients who are being treated there.

In some Berlin districts, infected persons officially have to go into quarantine when the health authorities in charge tell them to do so. But this seems to be changing. In other parts of the capital, there is a legal obligation for persons to go into quarantine the moment they know they are infected with Corona. And there definitely is a moral obligation for everyone in that situation.

But level I contact persons, who have been with an infected individual indoors, especially in badly ventilated rooms, for longer than 15 minutes, need to go into quarantine and get tested. This also applies to people who have been with a person who tested positive but does not show COVID-19 symptoms.

The Corona situation in Berlin is more than serious. The entire city now has a Seven Day Incidence Number of 114.8. Its Neukölln district stands at 244.9, and Mitte at 206.6. Apart from Marzahn-Hellersdorf, which is about to exceed 50, all other districts have already surpassed that level.

Berlin: Back to School in a Deteriorated Corona Situation