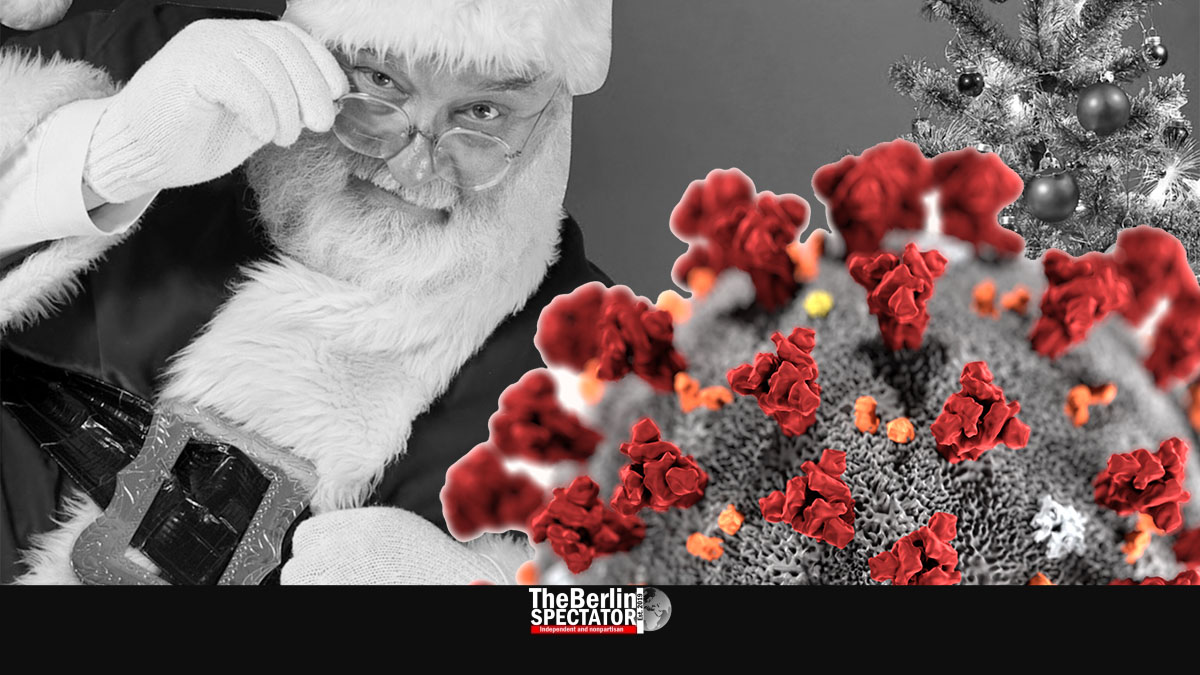 Tens of millions of German Christians are hoping to be able to celebrate Christmas with fewer restrictions in five weeks from now. Their chances to reach this goal are close to zero.

Berlin, November 20th, 2020 (The Berlin Spectator) — In Germany, the latest developments in the Corona crisis do not point towards an easing of the Corona restrictions before Christmas. Actually, the opposite, tighter restrictions, is more likely right now. That is because the numbers are not going where Germany wants them to go.

In the past 24 hours, the number of new Corona infections in Germany was 24,041, according to the data gathered by Johns Hopkins University. The Robert Koch Institute says there were 23,648 new cases. What is certain is that the increase is even higher than yesterday, when it was already “far too high”, as Professor Lothar Wieler, the President of the Robert Koch Institute, accurately put it on Thursday.

If nothing had been done to slow down the virus, the development would be worrisome. But since Germany has been going through a partial lockdown for almost three weeks now, new record numbers like the ones that came in today are more than alarming. What they say is that the Coronavirus reacts to the measure very slowly, if at all. And that Christmas is basically cancelled in the sense that many Germans will not be able to celebrate it the way they want to, with their relatives.

November 30th was supposed to be the last day of the ongoing semi-lockdown. It is ten days away. Christmas, the holiday German Christians are hoping to celebrate without too many restrictions, is coming up in a month from now. Along with the high numbers, these facts lead to the following presumptions:

> The restrictions in place right now will most likely not be lifted on November 30th, 2020.

> If the government wants real progress before Christmas Eve, it will have to tighten the Corona rules further, and do so yesterday.

> Even if Chancellor Angela Merkel and the First Ministers from Germany’s federal states go that way, the number of new Corona infections will not be at a sort of safe level by Christmas.

On Wednesday, Mrs. Merkel and the heads of government in the federal states intend to meet again and come up with a Corona strategy that lasts until January. They know they have to bring the infection situation under control. They also know this takes time they do not have. And they are aware of the fact that not letting Germany’s Christians celebrate Christmas the way they want to goes too far. The issue is that the Corona pandemic has already gone too far, for ten months.

This year, nobody will be satisfied, except for the Coronavirus itself. It will have infected a million Germans and residents of other nationalities within a week from now, and messed up Christmas before it even begins.

The outlook on Christmas is grim. But there is a light at the end of the tunnel. New vaccines that were announced by companies like Biontech, Pfizer and Moderna will likely be the beginning of the end of Corona. But more people will suffer and die before Germany, Europe and the world actually get out of the tunnel.