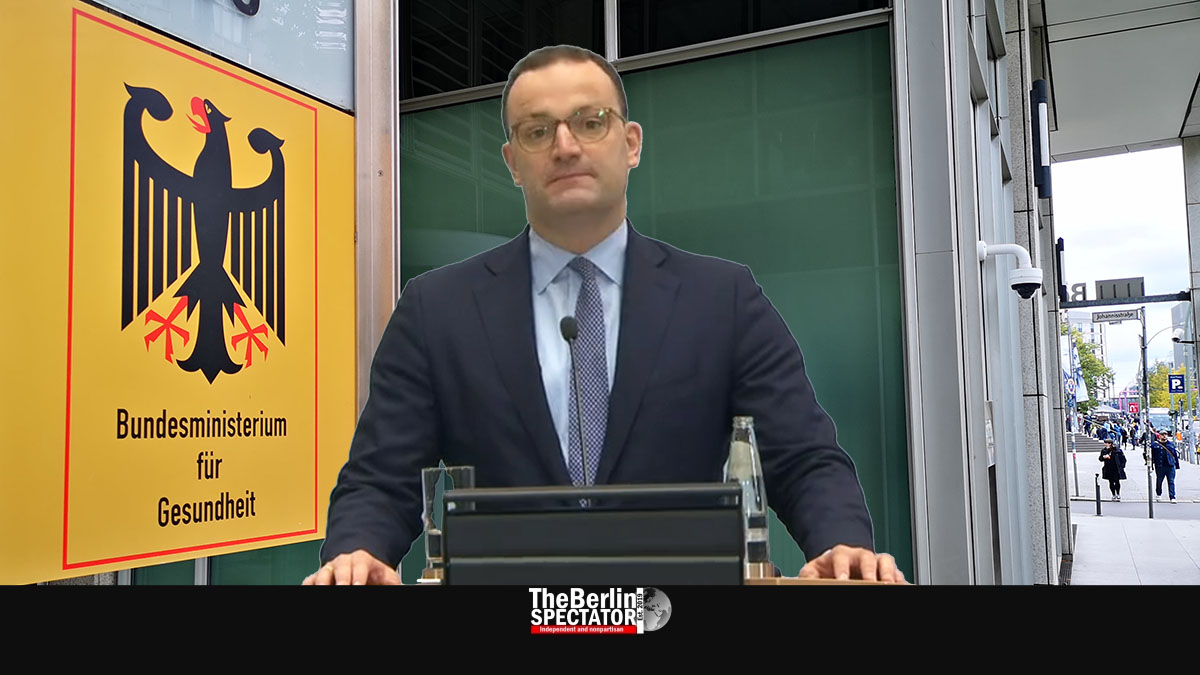 An aggressive mutation of the Coronavirus which supposedly is 70 percent more contagious than the virus the world has been trying to curb for a year now, is worrying Europe. Germany is taking action.

Berlin, December 20th, 2020, update December 21st, 2020, 11:45 a.m. (The Berlin Spectator) — Germany’s Health Minister Jens Spahn just announced flights from the United Kingdom would be banned starting at midnight on Sunday. This unprecedented measure is only the beginning. It was triggered by the spread of a mutated version of the Coronavirus in the south-west of England and in South Africa.

Entry Ban from the U.K.

In an interview with the ARD radio and television network Spahn said he wished Germany’s British partners all the best in regard to their attempts to contain the mutated virus as well. The flight ban had been organized in cooperation with Transport Minister Andreas Scheuer, he explained. On Monday, the German government will go even further. According to Minister Spahn, it will work on a regulation that will prevent all persons who come from the United Kingdom, on any means of transport, from entering Germany.

According to German-language media, there are exceptions to the ban on flights from the United Kingdom. Crews may return aircraft to Germany from there without passengers. Freighters and flights carrying medical personnel may take off and land as well.

Jens Spahn said the mutated version of the Coronavirus had not appeared in Germany so far. The statements about its nature needed to be verified. It is unclear whether the Corona vaccines that are being prepared in mainland Europe cover the mutation as well, or what kind of measures the new virus requires, in order to be curbed.

The flight and entry ban is of temporary nature. For now, it is valid until December 31st, 2020, but of course it might be prolonged, depending on the situation.

The European Union will reportedly follow Germany by imposing a complete entry ban on persons coming from the U.K.. This includes passengers on flights, trains, ferries, buses and cars. What this means is that the Eurotunnel will probably be closed. The Netherlands were the first country to put in place an entry ban for individuals from the U.K., at 6:00 a.m. on Sunday. Belgium and other countries reacted too.