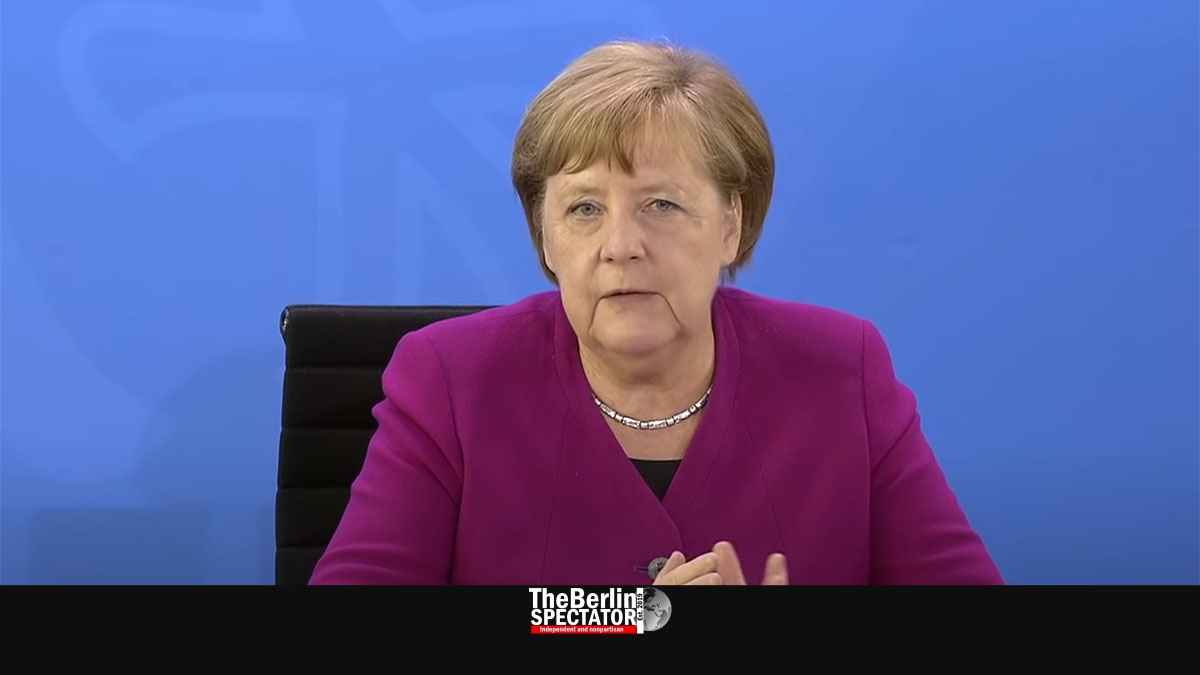 Angela Merkel and her colleagues from the capitals in Germany’s sixteen federal states adopted a new strategy in regard to the Corona rules. A complicated list of ‘reopening steps’ was introduced.

Berlin, March 4th, 2021 (The Berlin Spectator) — Exactly 400 days after the first Coronavirus infection was reported in Germany, the country got a new reopening strategy, in spite of the new Corona mutations and the third wave they may have triggered.

The Chancellor and the First Ministers had intense discussions, according to participants, about the Incidence Numbers, the vaccination campaign and other issues. Parts of the content of a draft resolution that had been sent back and forth between Berlin and the states were changed during the deliberations. These are the changes the Corona conference adopted. They kick in on March 8th:

The following applies as well:

The lockdown Germany has been in for months remains in place until March 28th, 2021.

The government is asking everyone to refrain from taking trips, domestic or international ones, unless they are absolutely necessary. Travelers who return to Germany need to go into 10-day quarantines. After five days, they can get out of their quarantine with a negative Corona test. But the latter does not apply to persons who have been to “virus variant areas” such as Great Britain. They have to stay in quarantine for 14 days and will not get a ‘get out of quarantine for free’ card, so to speak.

With their complicated reopening plan, the federal government and federal states dumped their old strategy. So far, Incidence Numbers below 35, or at least below 50, had been the level at which businesses were supposed to be permitted to open. Now, certain reopening steps may be taken at levels between 50 and 100. Here, the will of less careful First Ministers seems to have prevailed.

After nine hours of Corona discussions, Chancellor Merkel stated, the easing of restrictions was supposed to be “secured” by the use of quick Corona tests. All citizens would have the opportunity to get tested for free, once a week. Test centers would be set up. She said, self tests could be used at schools and kindergartens. The Chancellor also announced more reopening steps would be discussed on March 22nd, at the next Corona conference.

Mrs. Merkel, who intends to end her political career in September, said Germany was about to enter a new phase in the Corona pandemic. The latter should not be entered with carelessness, but with justified hope. According to the Chancellor, the country made a lot of headway. She also said the coming spring would be different from the last one.

Some federal states intend to put in place their own rules.