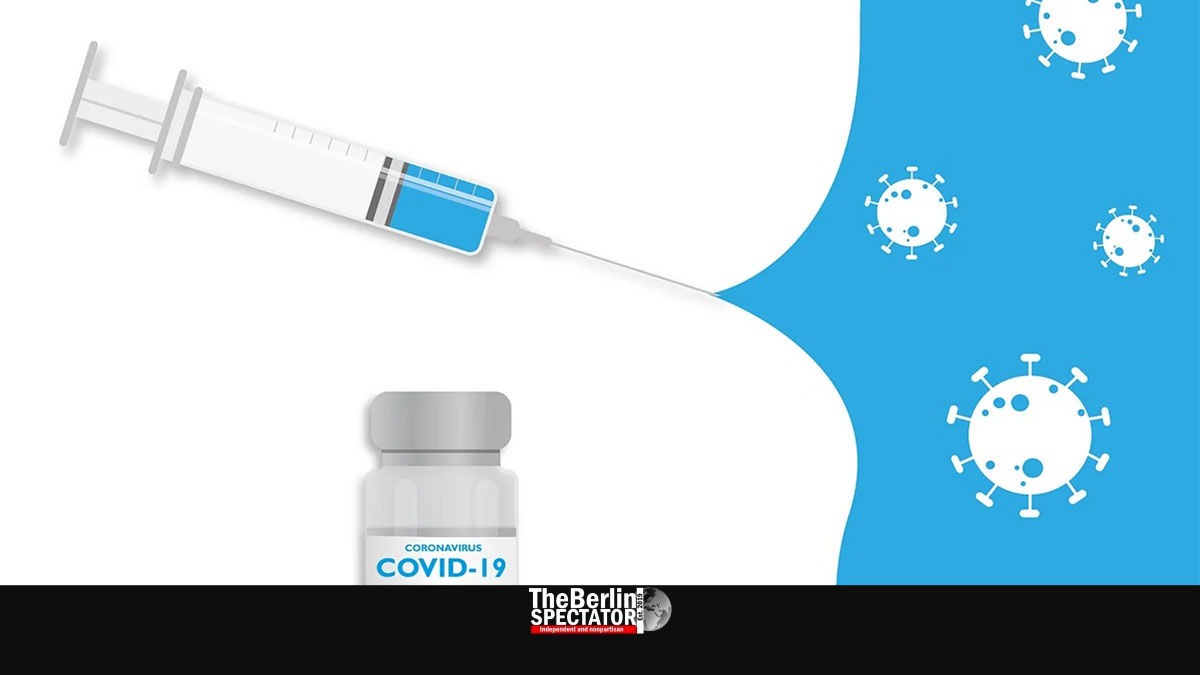 In the coming weeks, Germany will receive more than 350,000 doses of the Corona vaccine made by AstraZeneca, even though it just suspended its use. In the meantime, the number of new Corona infections is constantly rising.

Berlin, March 17th, 2021 (The Berlin Spectator) — From early March to early April, the Federal Republic of Germany was going to receive 660,000 doses of the AstraZeneca vaccine, the same one Health Minister Jens Spahn just suspended the use of, after the Robert Ehrlich Institute recommended this kind of step. On Thursday, the European Medicines Agency is supposed to decide how to proceed. Apart from Germany, several other European Union member states have stopped using AstraZeneca, at least temporarily. In spite of it all, Germany is expecting more deliveries. According to the ‘Welt’ daily, 309,600 doses of the product were already delivered. This means 350,400 doses will still come in within the next two weeks.

The drama surrounding the AstraZeneca vaccine is unfolding at a bad moment. Germany’s vaccination campaign was going to be accelerated. Starting in April, general practitioners were supposed to vaccinate their patients. And the infection numbers are rising again. What exactly the implications of the suspension of the AstraZeneca product will be is unknown. The vaccination process might be slowed down.

In a television interview on Tuesday night, the conservative CDU’s new chairman Armin Laschet said the vaccination campaign needed to be sped up. Laschet, who is also First Minister of North Rhine-Westphalia, told the ‘Extra’ broadcast on ARD TV, there needed to be vaccinations on weekends as well. Laschet conceded the AstraZeneca issue had thrown back Germany’s vaccination plans. He stated the country was now waiting for the decision of the European Medicines Agency. On Friday, all relevant questions about vaccinations are supposed to be discussed at a “vaccination summit”.

On Wednesday morning, the Robert Koch Institute in Berlin published alarming numbers. Within 24 hours, 13,435 new Coronavirus infections were registered in Germany, well over 4,000 more than last Wednesday. The country’s Seven Day Incidence Number rose again, from 83.7 to 86.2, within one day. The number of Corona-related deaths has decreased in the past weeks, probably because of the vaccinations for elderly citizens. Still, 249 Corona patients died since yesterday morning.

Thirteen out of sixteen federal states have Incidence Numbers between 50 and 100, including two that had been below 50 just last week. Three states, namely Thuringia, Saxony and Saxony-Anhalt are above 100. Actually, Thuringia is moving towards 200. It stands at 173.1 right now.

The city state of Berlin, where the Incidence just jumped to 91.3, just cancelled the easing of more Corona restrictions because of the situation. For instance, the grades 7 to 9 will not return to school before the Easter vacations.