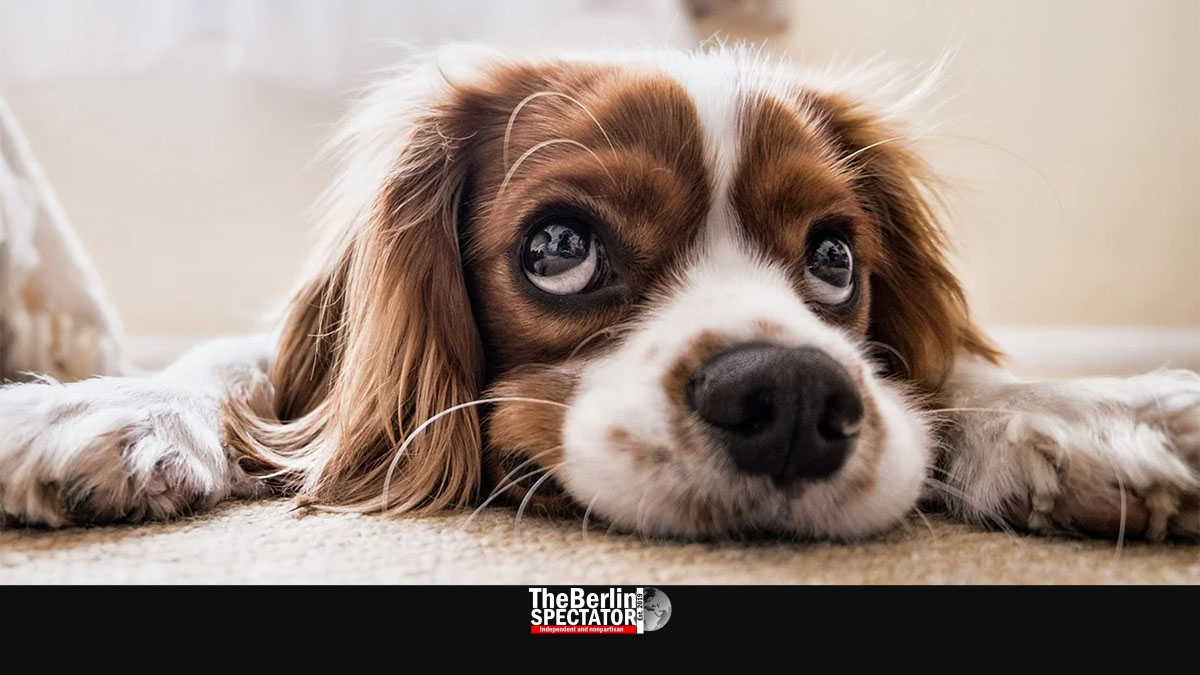 Berlin has 114,968 registered dogs (effective September 2020). In addition, there are many four-legged friends the owners do not pay taxes for, meaning the city state is losing money here. But tracking them down is too expensive.

Berlin, March 17th, 2021 (The Berlin Spectator) — Berlin officially has about 0.003 dogs per inhabitant or a total of more than 114,000 four-legged friends. But the actual number of doggies is probably a lot higher. Some Berliners might not know they actually have to pay taxes for their cuties. Others might not want to know. There are dog owners who probably know the likelihood of being caught with a dog without dog tag is relatively low, and refrain from registering their pet. What they might ignore is the fact that following this kind of approach can become pretty expensive, if and when they are being caught.

No matter whether a Berliner has a Chihuahua, a tiny dog that could almost fit into a pocket, or a St. Bernard that is bigger than a horse, the tax in Berlin is 120 Euro (143 U.S. Dollars or 103 Pounds Sterling) per year. For each additional dog, the city state charges 180 Euro (215 Dollars or 155 Pounds). So, keeping an entire pack of Yorkshire Terriers would not be cheap.

The number of dogs is rather high in some Berlin boroughs, and lower in others. The undisputed dog havens in the German capital are Marzahn-Hellersdorf in the eastern part of the city, where 11,183 registered dogs, and an unknown number of unregistered ones, sh*t on the street. Reinickendorf has 10,763 registered cuties on four legs, and Treptow-Köpenick 10,049. The borough with the lowest number of dogs is Schöneberg, with 3,051 doggies (as of September of last year). The data are part of an answer provided by Berlin’s Senate Administration of Finance to an official inquiry by Andreas Statzkowski, a member of the Berlin House of Representatives who is part of the conservative CDU.

Statzkowski wanted to know how many dogs there are and what kind of measures the Senate is taking to support the authorities in generating a census of all dogs in Berlin. He was told there would an official dog registration list starting on January 1st, 2022.

According to the Senate, the volume of the losses Berlin “possibly suffers” because of unregistered dogs is not known. “Therefore the tax loss cannot be numbered.” The Senate Administration of Finances does not intend to follow the approach cities like Düsseldorf and Kiel chose. They commissioned external companies to survey people, meaning they are going door to door and checking all neighborhoods. The Berlin Senate, on the other hand, says it had refrained from this concept, at least so far, because of the expected costs.

Another aspect that was mentioned in the official answer to the inquiry is the fact that employees of private companies generally do not have the right to check people, meaning they would have to rely on information residents provide voluntarily. At the same time, the Public Order Office does not have enough staff members for checks of this kind. In the document it sent to the House of Representatives, the Senate made clear the selective checks the Public Order Office performs would suffice. When dog owners get caught without registration, their data will be forwarded to the tax authority.

In the meantime, Chihuahuas, St. Bernards, German Shepherds, Poodles, Corgies and all kinds of street mixes keep on walking Berlin’s 9,500 streets and 2,500 parks. They “read the news”, by sniffing each other’s behinds and the ground, and have a lot of fun playing in the countless fenced-in dog areas Berlin provides. Woof!