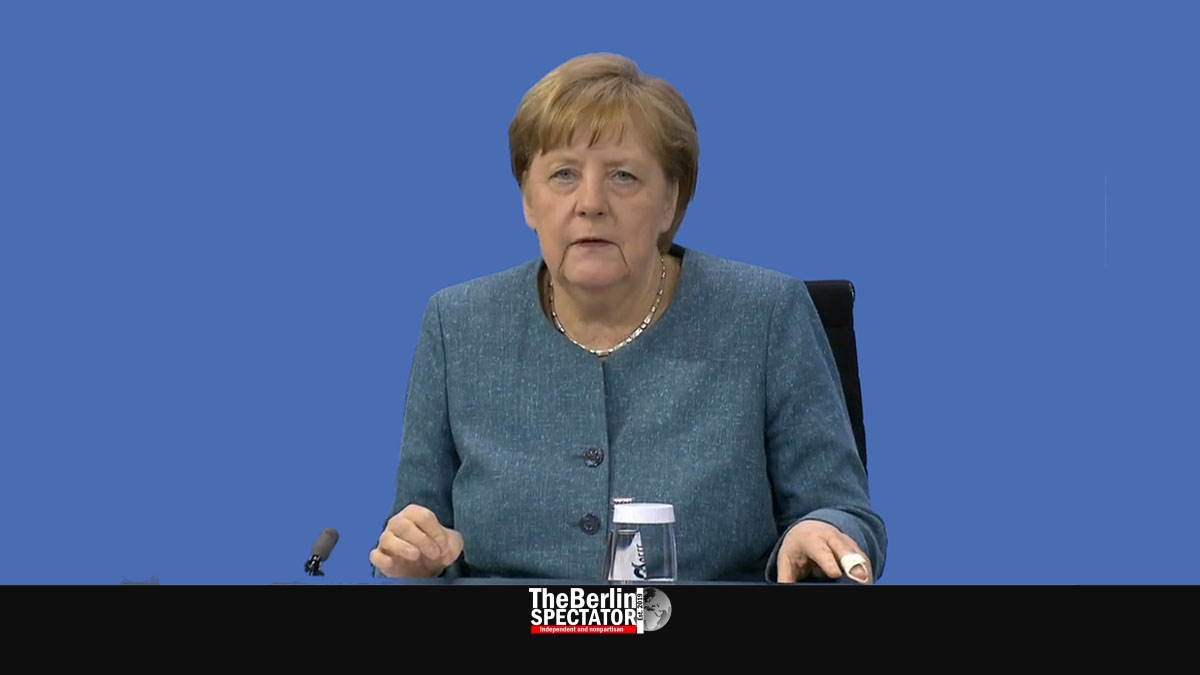 Germany will get rid of its age prioritization in the ongoing Corona vaccination campaign. Angela Merkel announced, everyone would be allowed to try to get a vaccination appointment starting in June. Vaccinated individuals will soon get more rights.

Berlin, April 26th, 2021 (The Berlin Spectator) — In Berlin, Angela Merkel announced Germany’s Corona vaccination campaign would be accelerated further. She noted that only 10 percent of all Germans had been vaccinated with at least one shot from January to March, but that the share had doubled to 20 percent in the first three weeks of April. According to the Robert Koch Institute, 23.4 percent got their first shot until today, and 7.2 percent their second dose as well. The only vaccine that does not need to be administered more than once is the one by Johnson & Johnson, but Germany has only just started using it.

Vaccinations for All Ages

After her Corona conference with the First Ministers from all federal states within Germany, Chancellor Merkel stated the prioritization would “fall” in June, the latest. So far, persons who are older than 70 can get vaccinated. GPs can already vaccinate younger patients. Generally, people with system-relevant professions and individuals with pre-existing conditions are getting their shots too. In summer, it will not matter anymore how old a person is, according to Angela Merkel.

“This does not mean everyone can can vaccinated right away”, Angela Merkel said. “But everyone can try to get a vaccination appointment. Those will be given out.” All in all, between 500,000 and 750,000 Corona vaccine doses are being administered every day, at this stage.

The Chancellor and the First Ministers also discussed the question of rights for vaccinated persons and former Corona patients who are cured. For them, the restrictions are supposed to be eased. Mrs. Merkel stated, they would not have to show negative Corona tests when they wanted to go shopping or to the hairdresser. Her government would prepare a statutory order with this kind of rule. The main societal goal was to give back fundamental rights to the people as quickly as possible, and to keep only few restrictions.

“When we look back at the world, the way it looked two years ago, we become aware of what we have been relinquishing for a long time now”, the Chancellor said at her press conference at the Chancellery. Germany had not gone through anything comparable since WWII. “We want to get back to normality as soon as possible”, she stressed. But Angela Merkel did concede it was still too early to think about reopening hotels, also because the danger of overburdening the health system still existed. According to her, tough months are ahead for Germany.

Bavaria’s First Minister Markus Söder was at the press conference as well. Now that the ’emergency brake’ had been pulled, the vaccinations needed to be sped up, he said. His colleague Michael Müller, the Governing Mayor of Berlin, said the open questions about additional rights for vaccinated individuals needed to be resolved quickly.