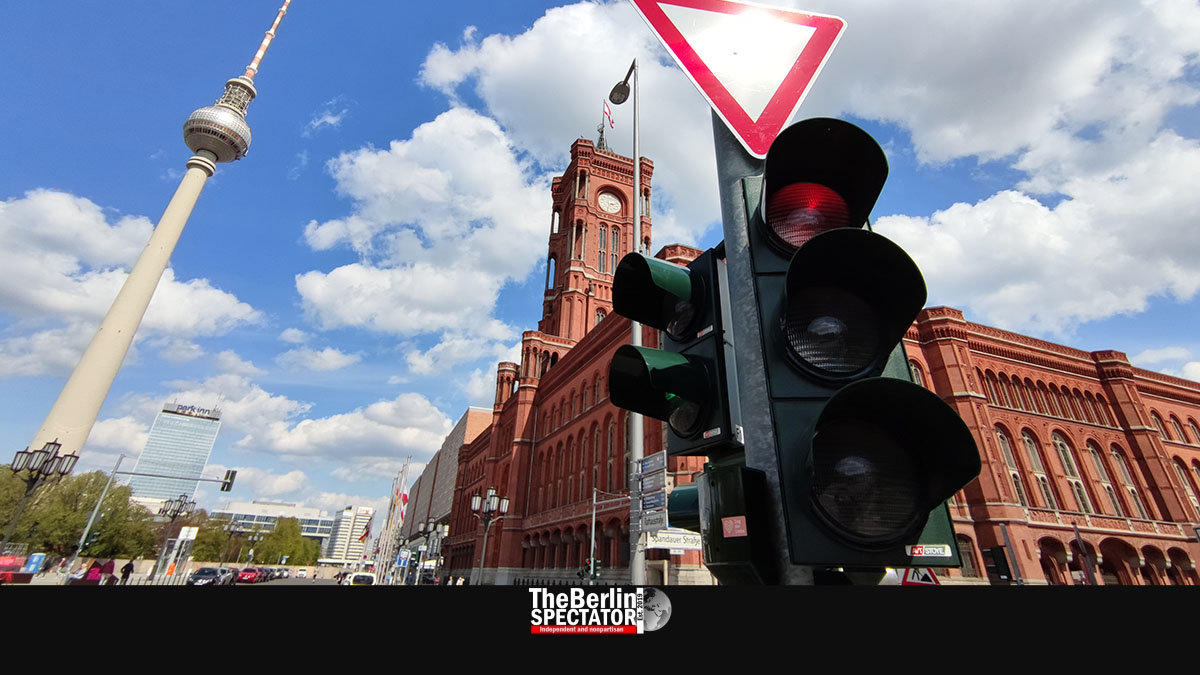 Since Berlin’s Seven Day Incidence dropped below 100 on Friday, there is reason for hope. The Senate is preparing a reopening of the outdoor parts of the city’s restaurants. Cultural events are not some utopian idea anymore. But there is a problem.

Berlin, May 9th, 2021 (The Berlin Spectator) — On November 1st, 2020, Berliners enjoyed their last sort of normal day. Back then, they were allowed to visit restaurants. Even a pre-Christmas market at Potsdamer Platz, the most famous square in Berlin, welcomed visitors. Then, a day later, everything had to shut down because the rising infection numbers needed to be stopped immediately. It did not work. On December 16th, just before Christmas, an even stricter lockdown was needed. All non-essential shops closed.

Now, almost half a year later, there is a glimmer of light at the end of the tunnel. Because Berlin, a city of 3.8 million inhabitants, managed to get its Incidence down to levels below 100, it might lose those strict ’emergency brake’ rules. They will be thrown overboard as soon has the city remains below 100 for five consecutive business days. What this means? As soon as this coming Friday, restaurants might be allowed to reopen their outdoor tables.

In an interview with the RBB radio and TV network, Governing Mayor Michael Müller announced a possible easing of some restrictions. He said the Senate intended to be careful, but the rules might be changed. Even cultural events could be allowed, as long as they take place outdoors. More personal face-to-face contacts might be legal again within days. Müller stated Berlin would synchronize the easing of any restrictions with neighboring Brandenburg province.

Perspective for the Industry

On Saturday, Commerce Senator Ramona Pop said those reopening plans were a first step. The Senate intended to give the hospitality industry a perspective for the warm season. But one thing is certain: If it happens at all, visiting restaurants or organized events comes with conditions. Strict hygiene rules would apply, including the usual masks and the distancing. All guests will have to leave their contact data at the places they visit, just in case there is a local Corona outbreak.

They would have to book tables at the restaurant they intend to visit in advance. And they would need a negative Corona test from the same day, unless they were vaccinated (two shots) at least 15 days before their visit. Individuals who had COVID-19 between 28 days and six months before sitting down at the restaurant table would not need to get tested either. So, just entering a restaurant spontaneously, sitting down and ordering a juicy steak will still be a dream.

As always, there is a problem: Berlin’s Incidence just rose again. It now stands at 99.6. If the German capital exceeds 100, it will have to get its Incidence down again, and then start those reopening preparations from scratch.

In Germany, the number of states that managed to drop below 100 is now eight. The entire north got there, namely Schleswig-Holstein, Hamburg, Lower Saxony, Bremen, Mecklenburg-Hither Pomerania, Brandenburg and Berlin. The eighth state is Rhineland-Palatinate. In all of those states life might become a little more ‘normal’ soon. In parts of Schleswig-Holstein it already is. This state now has an Incidence of 50.0.